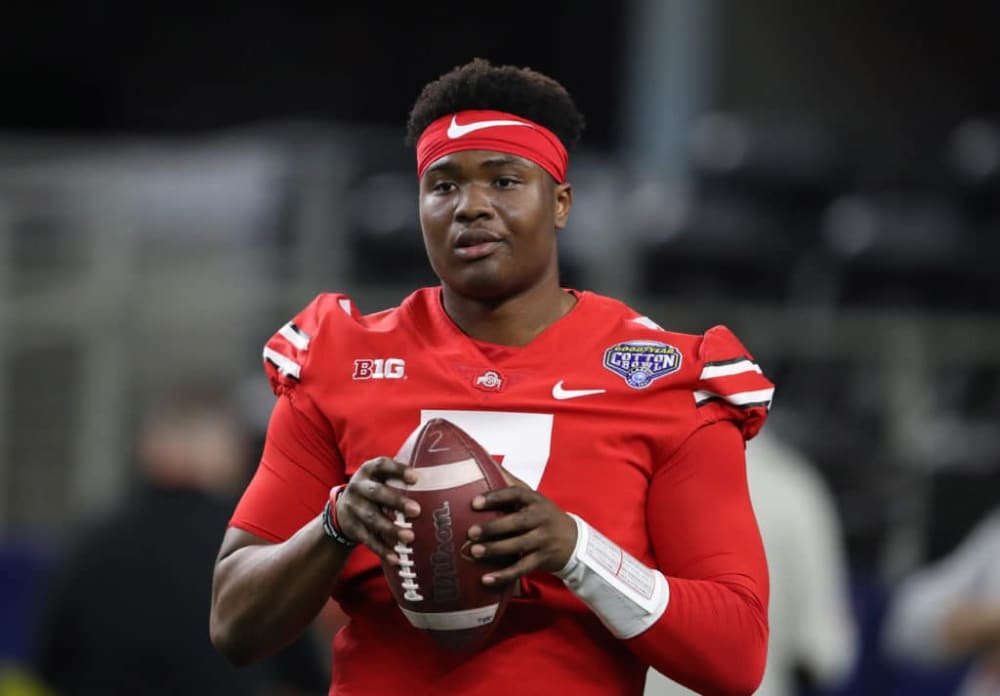 Dwayne Haskins has a tough act to follow, as the sophomore quarterback will replace the quarterback who rewrote Ohio State’s record book. But that hasn’t stopped Buckeye fans or players from believing that Haskins will take Ohio State’s passing game to even greater heights.

The latest person to heap praise on Haskins is certainly someone who would know — former Ohio State quarterback Braxton Miller, who produced no shortage of highlights during his three seasons as the Buckeyes’ starting signal caller.

“I haven’t thrown with him since last year. But every since he came in, whenever I needed somebody to throw with when J.T. [Barrett] wasn’t there or available, he was always available and always willing to work. He reminds me of myself in a way. He just wanted to go get it.”

Ohio State gets it done in the classroom

Ohio State’s Class of 2019 would be great by most schools’ standards, but it looks a little underwhelming when compared to the historically great classes of 2017 and 2018 (pound-for-pound the best in the history of recruiting rankings) as well as 2020, which is off to a torrid start.

Can Ohio State get things going and deliver another top-three class in 2019? That’s not certain, but Birm delivered his breakdown of what’s going on with some of the top remaining targets other than Zach Harrison, who he predicted Ohio State will land. Here’s the group from the top 100 overall recruits:

Be sure to check out his full analysis on the Buckeyes’ remaining targets and how the class could finish.

What to get as a birthday present for your favorite 54-year-old who makes $7 million a year? If that person is Urban Meyer, the answer is apparently a pressure washer. College football coaches — they’re just like us!

I can’t wait on nobody, I need it right now 🚷💰 pic.twitter.com/SHa6xWTBD6

NCAA 14 might be the greatest game ever made .. NCAA needa stop playing and handle whatever they gotta handle so it can come back 💯