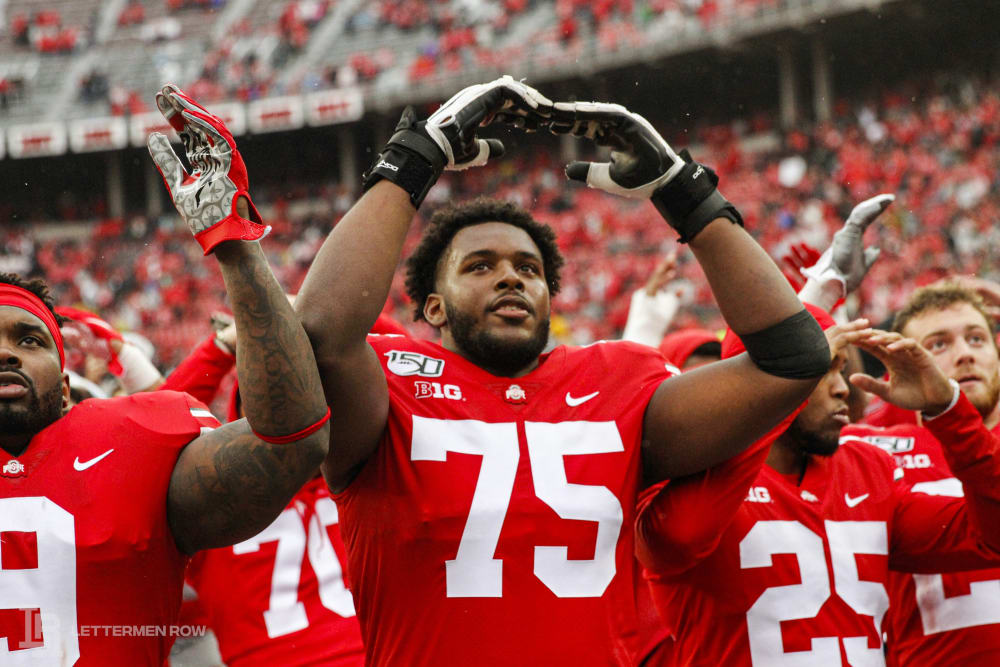 COLUMBUS — The potential distractions at Ohio State are starting to pile up.

There’s the Heisman Trophy campaigns. The winning streak and the national acclaim for a team that is pushing for a College Football Playoff bid. The backloaded schedule with two huge games waiting at the end of the regular season — and two opponents that could easily be overlooked first with Maryland and Rutgers on deck.

If the Buckeyes have proven anything through the first two months of the season, though, it’s that they’ve embraced a singular focus on the next task at hand. So, coming out of an off date and into the November closing stretch, don’t expect that to change even if the challenge is only getting greater.

“It’s important to stay focused right now,” Ohio State coach Ryan Day said. “If they’re reading the hype, if they’re reading all that stuff, then they’re more foolish than I thought they would be. I don’t think our guys are going to do that. I think we’re just going to work every day to get better.

“[The hype is from] the same people that picked us — I don’t know if we were fourth, fifth, wherever we were in the Big Ten East, so that didn’t matter at that point. It’s not going to matter anymore. It doesn’t matter to the game on Saturday. And so as long as we just focus on that, we’ll be fine.”

The Buckeyes have four opportunities left to prove that before the postseason. And to help set the stakes for November and without a game to pick this weekend, the Lettermen Row staff made Five Bold Predictions for what will happen from now through The Game.

Finally, the rest of the country is fully catching on to what has been clear for a while in Columbus: Chase Young is an absolute freak and the best player in college football. That process had been slow but mostly steady during the first half of the season, but his utterly dominant display against Wisconsin last week has sent his stock skyrocketing in the Heisman Trophy race. And while he’s on pace to shatter sack records and is forcing fumbles with frightening consistency, the biggest boost for his chances to get to New York City might just come from voters who appear to be coming to terms with the fact that the award doesn’t always need to go to quarterbacks or tailbacks. Young has a few prime opportunities to build his case, and by the end of the month he should be the favorite for the biggest individual honor in the game. 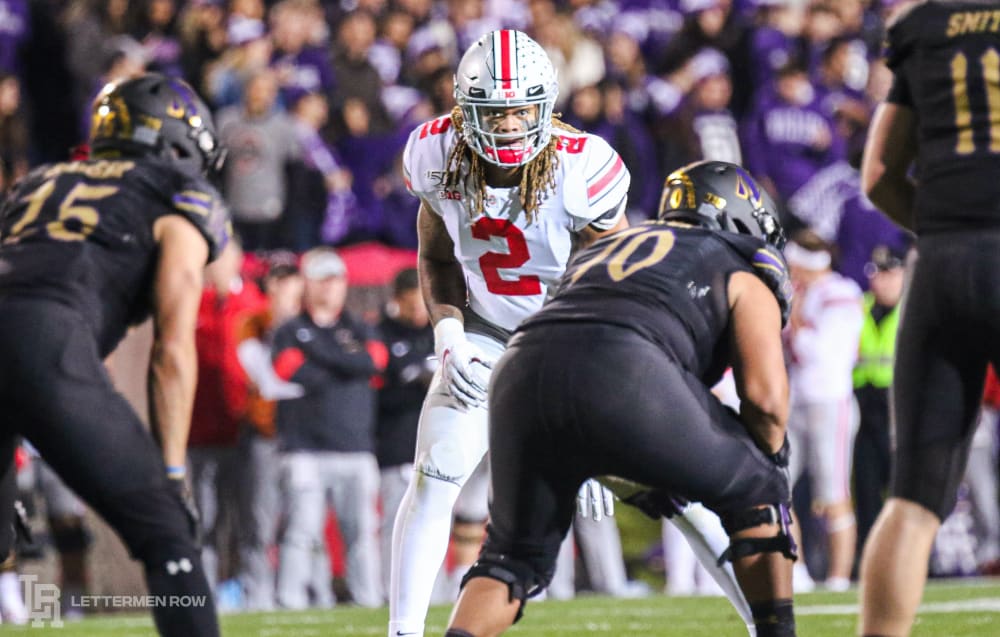 I don’t know when or where, but there will be a moment when Ohio State faces an opponent that forces Justin Fields to become a one-dimensional weapon. At some point, the Buckeyes and the ultra-talented quarterback will be forced to win a game with his arm. Fields passing has been better than most believed it would be — because he was typecast as a runner first for most by national media talking heads — but for Ohio State to earn its way back to the College Football Playoff, he’ll need to find the next level as a passer. Penn State and Michigan will each present unique, different challenges for the Ohio State offense with personnel capable of matching up with it in most head-to-head position matchups. With that pair of swarming defenses awaiting him at the end of November, he’s going to be tasked with winning a game for Ohio State with accurate, timely passing and quick decision making.

Tim May: Jameson Williams will deliver big plays down stretch

Label this an oldie but a goodie, or just recycling. Jameson Williams will emerge to make a significant play — or three — down the stretch. The speedy Ohio State freshman wide receiver is due. He was robbed of an impact play at Northwestern a few weeks ago when a Wildcat defender, sensing the speed differential, opted to mug Williams on an attempted out-and-up. It drew a flag, but that’s not the impact we’re talking about here. Something down the stretch will be, and it’s bound to happen because too many folks inside the Woody Hayes Athletic Center keep whispering “Jameson.” 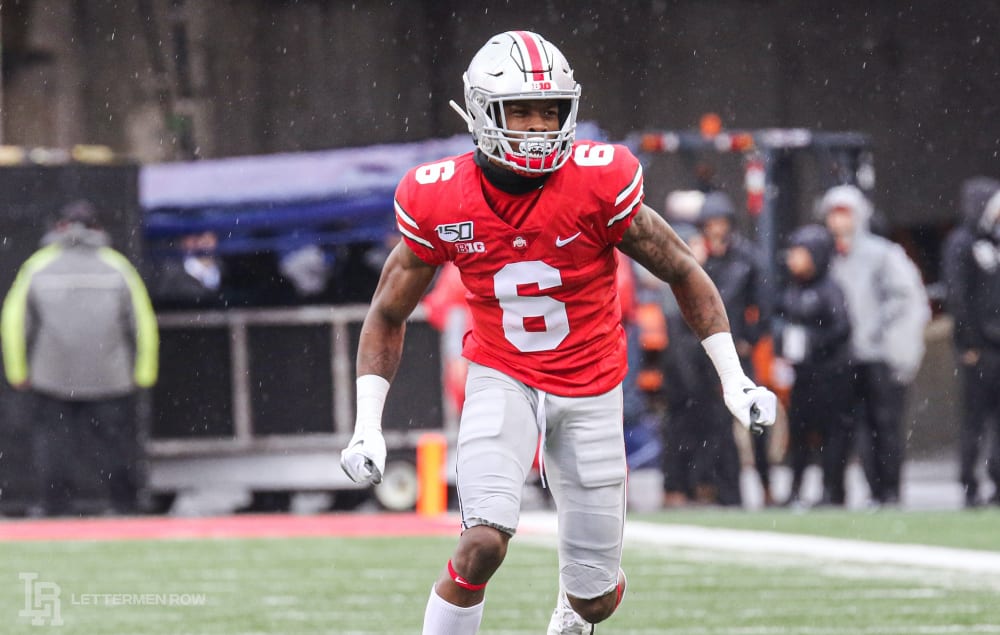 Ohio State has a long-standing history with shaky punt returners, but Garrett Wilson could be the answer. Wilson sparked a touchdown drive against Wisconsin with an impressive 23-yard return, while Demario McCall fell backwards and could’ve muffed a punt earlier in the game. Wilson should be the punt returner moving forward. If he is, he’ll have a crucial return in the Penn State or Michigan game that boosts the Buckeyes chances of an undefeated season.

Davon Hamilton is Ohio State’s third best defender behind Chase Young and Jeff Okudah. Even though the box score doesn’t always show it, the senior from Pickerington is having an outstanding year. His disruptive play against Wisconsin is one of the main reasons why the Buckeyes were able to hold Jonathan Taylor to only 52 rushing yards in the blowout win last week. Young, Okudah and potentially Malik Harrison will get the spotlight over the next month. But watch Hamilton excel as Ohio State’s most effective interior defensive lineman and continue to wreck havoc on offensive lines.