The speculation, debate and conversations about Ohio State never end, and Lettermen Row is always ready to dive into the discussions. All week long, senior writer Austin Ward will field topics about the Buckeyes submitted by readers and break down anything that’s on the minds of the Best Damn Fans in the Land. Have a question that needs to be tackled, like the one today about who should wear the Block O jersey for Ohio State next season? Send it in right here — and check back daily for the answers.

A good topic for an upcoming article is LR predictions for next year's Mr. Block O. I'll go on record for Thayer Munford. Would also look fantastic on an offensive lineman.

Ohio State had the perfect guy to start a new tradition.

Now it needs to pick the next one who can really entrench the Block O jersey as a key part of the fabric of the program, and that really shouldn’t be a problem with plenty of elite candidates already emerging.

Jonathon Cooper represented everything the Buckeyes could have wanted when the idea was hatched to give a team leader the option of switching numbers to the zero that just so happens to look exactly like the program’s famed Block O. And after vowing to make it look good and delivering in his final season, Cooper will be passing the torch off to another veteran this year — and the competition could be fierce.

The short-list betting favorites in January? Start with three guys who could have easily moved on to the NFL this offseason but instead chose to stick around in the brotherhood for one more year: Wide receiver Chris Olave, left tackle Thayer Munford and defensive tackle Haskell Garrett. 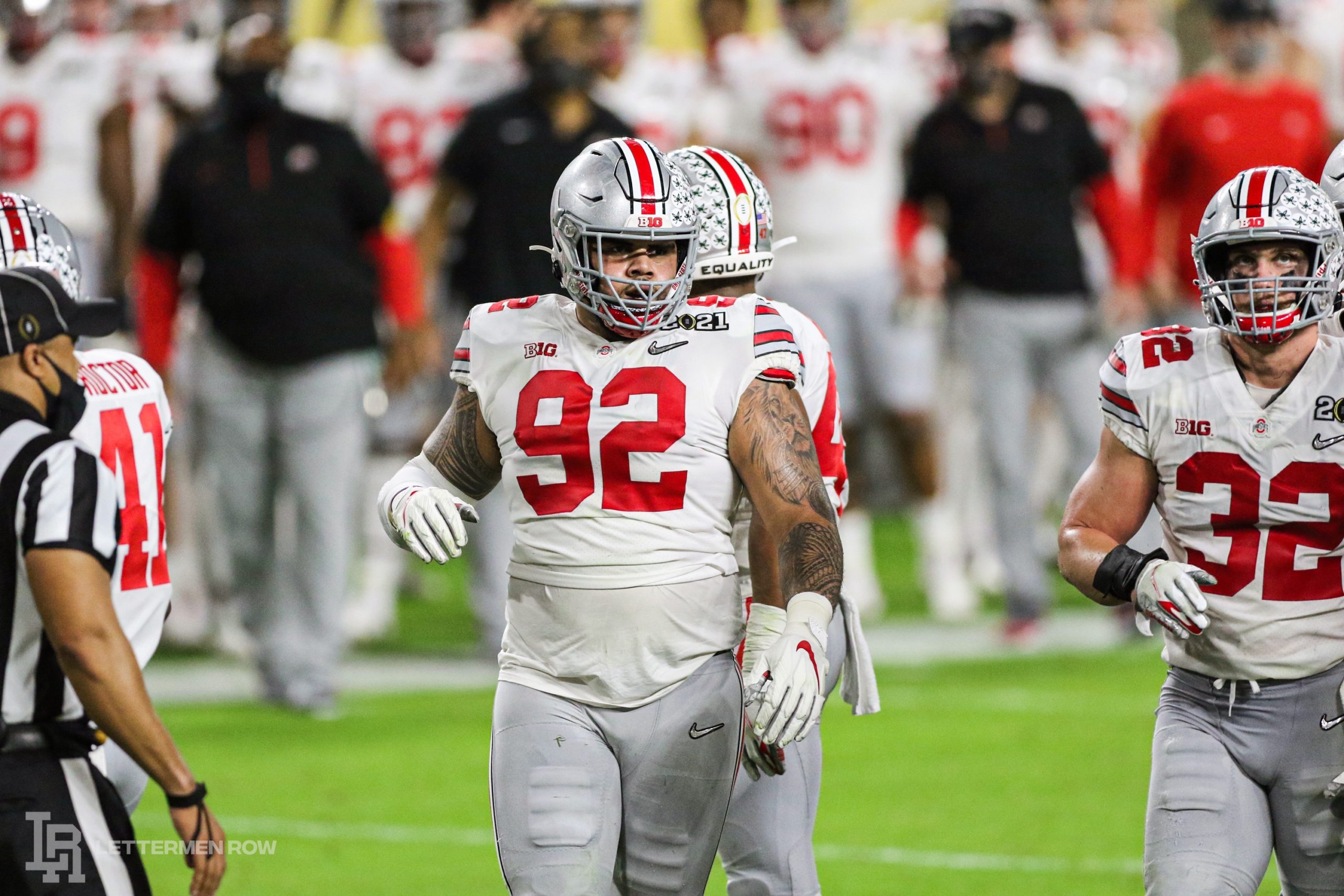 “It really should come from the offseason program and who has put years into the program and who has been through some adversity, who has worked through some things, who has fought through things and really lived our culture,” Day told Lettermen Row last season. “With everything that’s gone on this year and the great tradition that Ohio State has, how can we now create something that can be new? We thought naming the award after Bill Willis would be a great decision because it’s great way we can honor him. So, then you ask who it should be?

“When you think about Jonathon Cooper, he’s been through a lot, he’s fought through adversity, he’s played defensive end, he’s from Columbus, he’s a captain — it was just a great fit. He’s the perfect first guy to wear that Block O, and we’ll just keep that going. I hope it’s something that stays in the program for a long time.”

The way Cooper embraced that opportunity will surely resonate with the Buckeyes, and that was certainly significant in instilling importance to a fresh tradition. Cooper’s old number was obviously deeply personal, but he gave that up to represent the program instead of himself — which was obviously why he was selected in the first place.

It’s not hard at all to envision Olave doing the same thing after years of being a quiet, lead-by-example force for the Buckeyes who put off being a potential first-round NFL Draft pick to take another shot at a national title. Munford has left no doubt about his toughness while playing through injuries at one of the most physically demanding positions on the field, and his desire to graduate combined with the bonus year of eligibility provided by the pandemic has him in line to be a four-year starter at offensive tackle. And then there’s Garrett, who spent years grinding for his opportunity, was shot in the face in August, bounced back to become one of the most dominant defensive tackles in America and then elected not to cash in on his draft stock until next year.

Players have the option not to actually switch numbers, and in Munford’s case he would likely have to wear a Block O patch since offensive linemen aren’t eligible to wear that digit in a game. That doesn’t impact his candidacy necessarily, although Ohio State is likely going to want to keep that jersey and everything it means to it now on the field. When it comes to picking an early favorite, then, the strong ties already being established on the defensive line through Bill Willis and Jonathon Cooper could tip the scales.

So, Haskell Garrett might want to at least start thinking about making a switch.