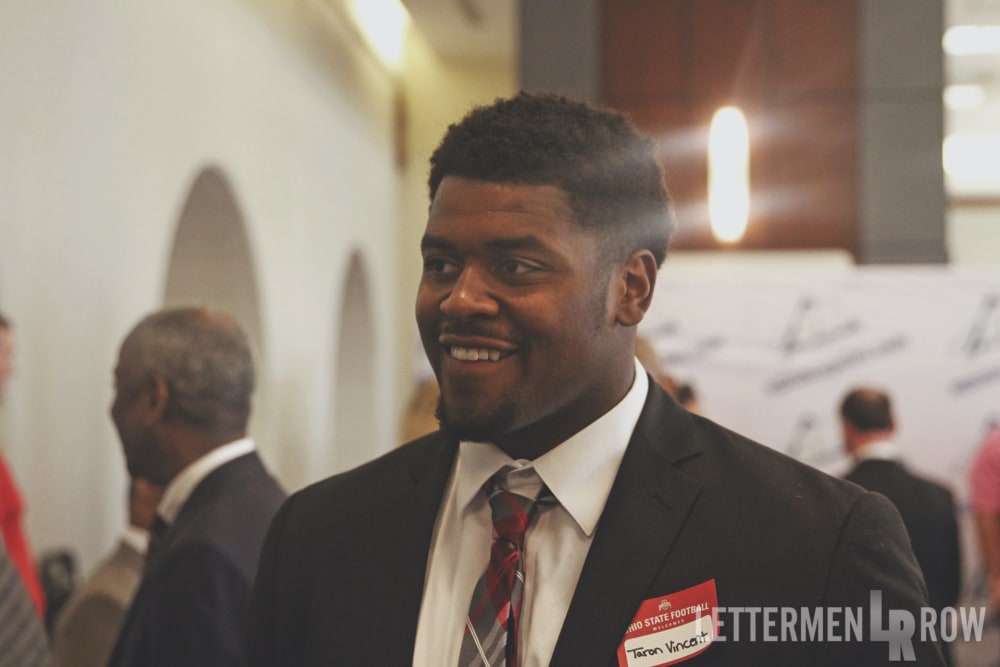 COLUMBUS — The depth of the Ohio State defensive line keeps on getting stronger. And a loaded backfield might have one more capable rusher as well.

The Buckeyes peeled the black stripes off the helmets of defensive tackle Taron Vincent and running back Brian Snead on Saturday, capping off a busy, productive run for the freshman class after the first full week of training camp. Vincent continued an impressive streak for the defenders, with Snead responding for the offense and giving the program another potential option to handle the football this season.

Ohio State had another closed workout on Saturday while it continues to deal with the investigation into coach Urban Meyer, which is expected to be concluded at some point in the next week.

“This guy [Vincent] is a load, he’s like a little tank in there,” director of player development Ryan Stamper said in a school video. “He’s getting better and better every day.” 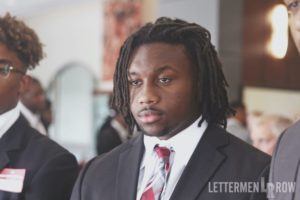 If Vincent can stay on that growth curve, the interior of the defensive line might become one of the strongest units on the Ohio State roster. There were some questions about that group coming into the season, but with Tommy Togiai already having his stripe removed and Dre’Mont Jones and Robert Landers holding down two starting jobs, the Buckeyes appear to be in great shape now between the edges.

The same is true in the offensive backfield, where both J.K. Dobbins and Mike Weber are returning for the Buckeyes. But now Snead has worked quickly to impress with Ohio State, and while there might not be a lot of touches available for the freshman, he’s at least earned the right to play for the program this fall.

How much will either guy get a chance to show what they can do for the Buckeyes?

There’s still a lot of training camp ahead for Ohio State, but both are now ready to represent the program.

⬛️🚨 Big ups to "The Tank" @t_lova23 for losing that black stripe & officially joining The Rushmen!