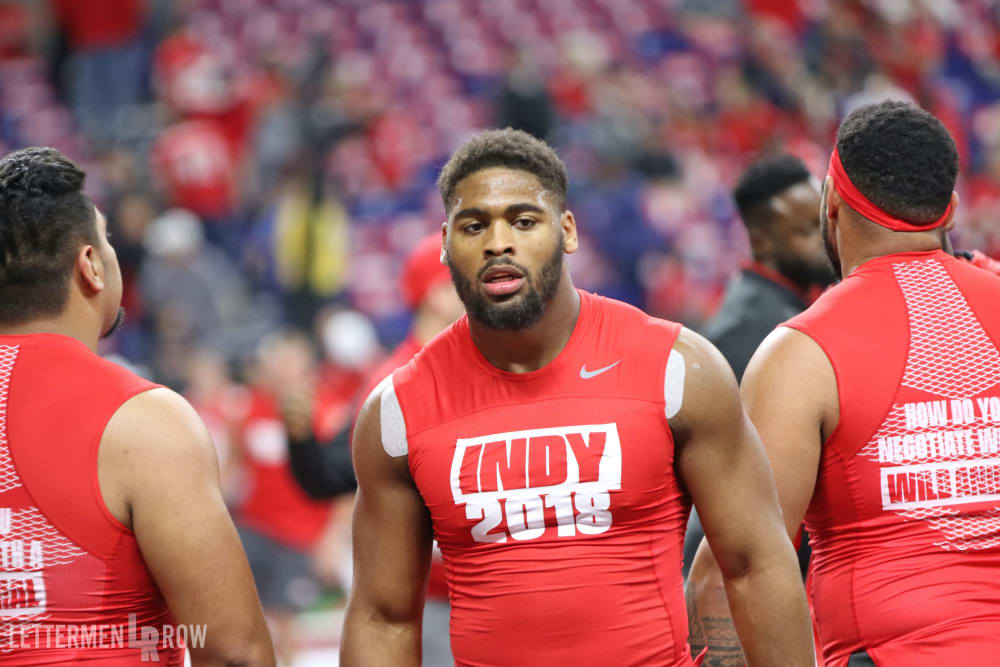 The speculation, debate and conversations about Ohio State never end, and Lettermen Row is always ready to dive into the discussions. All week long, senior writer Austin Ward will field topics about the Buckeyes submitted by readers and break down anything that’s on the minds of the Best Damn Fans in the Land. Have a question that needs to be tackled, like the one today about the leadership potential for the Buckeyes this season? Send it in right here — and check back daily for the answers.

What players are emerging as leaders this season? As amazing as Haskins is, it felt like there wasn’t the same leadership there as years prior. It’s tough when leaders in such a prominent position as QB don’t stick around that long. Hoping to see some chemistry and juice!!!

The leadership at the most important position on the roster is still in the development phase. For most teams, that might be a concern heading into training camp — but it won’t be an issue for Ohio State.

The Buckeyes are well stocked almost everywhere else with proven, respected, hard-working veterans to set the tone for the program. And with a new quarterback and a first-year head coach, the value of having so many experienced captains still at Ohio State is a huge bonus for both Justin Fields and Ryan Day, respectively.

The heart of that group that will lead the Buckeyes will be on display in Chicago this week at Big Ten Media Days. And few players are more qualified or better prepared to represent Ohio State on that stage than safety Jordan Fuller, defensive end Jonathon Cooper and wide receiver K.J. Hill, and the way they handle their business trickles down to the rest of the locker room.

Thanks to their somewhat unexpected decisions to return for another season and put off the NFL, Fuller and Hill in particular both carry some extra credibility when it comes to setting the standard for the Buckeyes and how important time in the college ranks is to them. And while Cooper may not have the most eye-popping statistics, part of that is due to the rotation the Buckeyes use on the defensive line — and the way he’s embraced his role with the Rushmen without worrying about the spotlight is a prime example for teammates all over the field.

Those three guys aren’t alone, of course. Ohio State will also be expecting Malik Harrison to shoulder more leadership after also putting off the NFL for another year at linebacker. Tuf Borland is another returning captain who helps set the standard in the weight room with his relentless work ethic. On offense, Hill has two other seniors in Austin Mack and Binjimen Victor who can lead the way just like Ohio State’s vaunted trio of Parris Campbell, Johnnie Dixon and Terry McLaurin did a year ago.

The Buckeyes could always use a few more guys to emerge in the leadership department, and that list absolutely will start with Fields. It did take Dwayne Haskins some time to find his voice as a first-time starter last season, but he settled relatively comfortably into that role by the middle of the year thanks to the reps both on and off the field as the face of the program. The same possibility will exist for Fields and maybe a key guy like left tackle Thayer Munford, and it won’t hurt either of them at all to have a two-year contributor like star tailback J.K. Dobbins around to share the responsibility.

Captains and chemistry are truly forged during training camp, and that test is rapidly approaching. But Ohio State has a roster full of guys who have already shown they can handle the job, which should give it a nice boost heading into August.