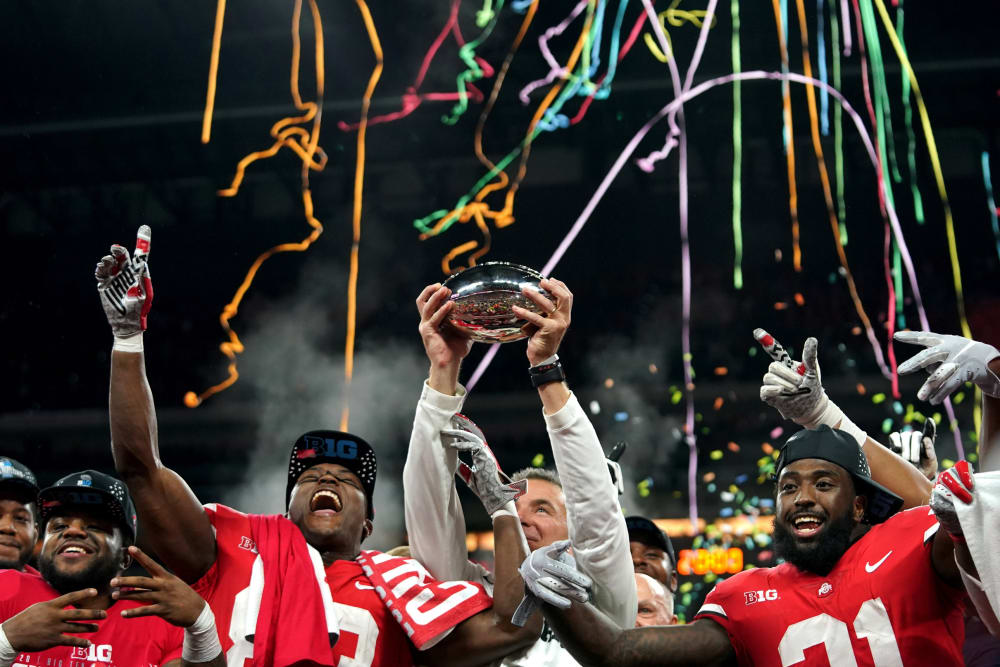 INDIANAPOLIS — The confetti was tucked into hats, the speakers were booming and the silver football was being passed around the Ohio State locker room like a newborn baby.

If the Buckeyes were worried about the College Football Playoff, they sure had a funny way of showing it.

The focus was solely on the Big Ten championship celebration as Saturday night turned into Selection Sunday morning, and the only interruptions came when the players and coaches were asked if they made a strong enough case to go play for some even bigger hardware at the end of the month. There truthfully wasn’t a whole lot more the Buckeyes could have asked for after pulling away for a comfortable 45-24 win over Northwestern at Lucas Oil Stadium, and they weren’t going to waste the 12 hours they had to enjoy their latest accomplishment stressing over something no longer in their control.

The Big Ten crown is an impressive addition to the resumé for Ohio State, there’s no doubt about that. A conference championship is supposed to be one of the determining factors for the selection committee, which could be a useful weapon in a debate against Notre Dame. And coming on the heels of the demolition of rival Michigan, the Buckeyes have boosted their strength of record ahead of Big 12 champion Oklahoma as well. 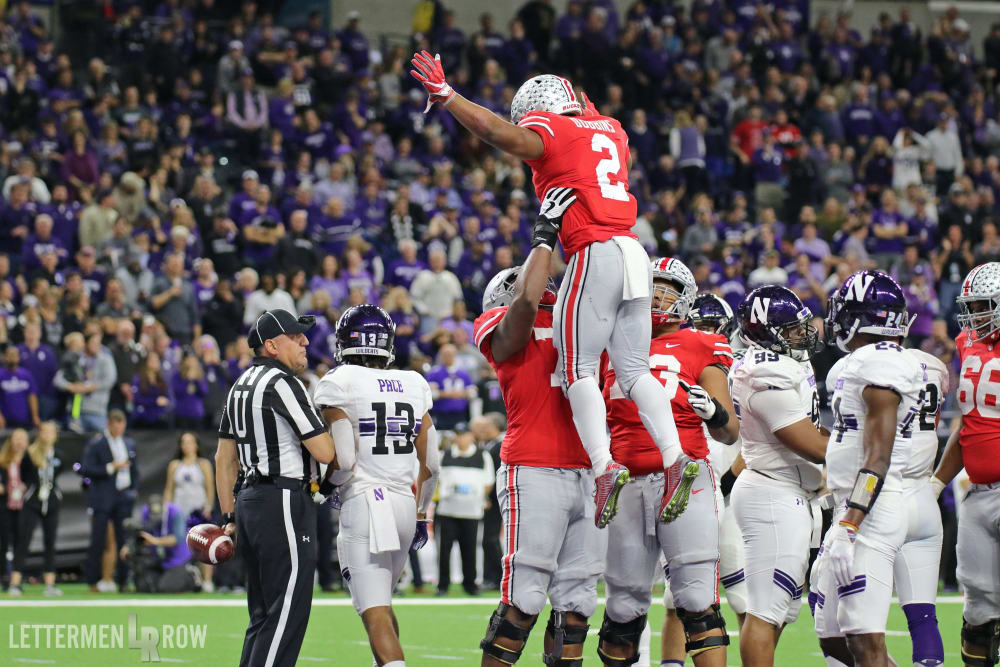 What’s going to happen for a team that has been maddeningly inconsistent even while consistently cranking out victories? There’s no way to know for sure, because the race for the final spots this season is perhaps as convoluted as it has been during the playoff era.

Just about the only certainty is that quarterback Dwayne Haskins gives the Buckeyes a chance to beat anybody in the country. For all the explosive plays allowed defensively, they were again opportunistic in forcing critical turnovers. And the last couple weeks have proven just how dangerous Ohio State can be when it taps into its potential.

“I feel like we did our part,” wide receiver Terry McLaurin said. “It’s out of our hands now. I’m just so happy for our team after what we went through and the resilience that we showed from the beginning of the season until now. We had some ups and downs, we had some losses and people counted us out. I think I saw that we were supposed to finish fourth in the Big Ten. We’re back to back champs.

“You can’t take this away from us. Coach Meyer talks about this being like a blood transfusion. No matter where we go, we’ll look back on this and remember we did it back to back.”

The one last year, of course, was surprisingly not enough to send the Big Ten kings on to the playoff. And it’s certainly possible that’s about to happen again, which would be another damning indictment of the current system given the quality of play in the Big Ten.

But all of those discussions were on pause for at least a couple hours in the boisterous Ohio State locker room. And after one more win and another piece of hardware for the trophy case, the Buckeyes are starting to look like a team that nobody in the country would want to face in the postseason.

“I don’t know if we’re in a position to start making statements about where we belong,” Meyer said. “But I know they’ve got a tough decision to make, because we’re a heck of a football team.”

The Buckeyes have the record, the trophy and the postgame party to prove it.

Now all they can do is wait to find out if a bonus reward and an invitation to chase another championship.