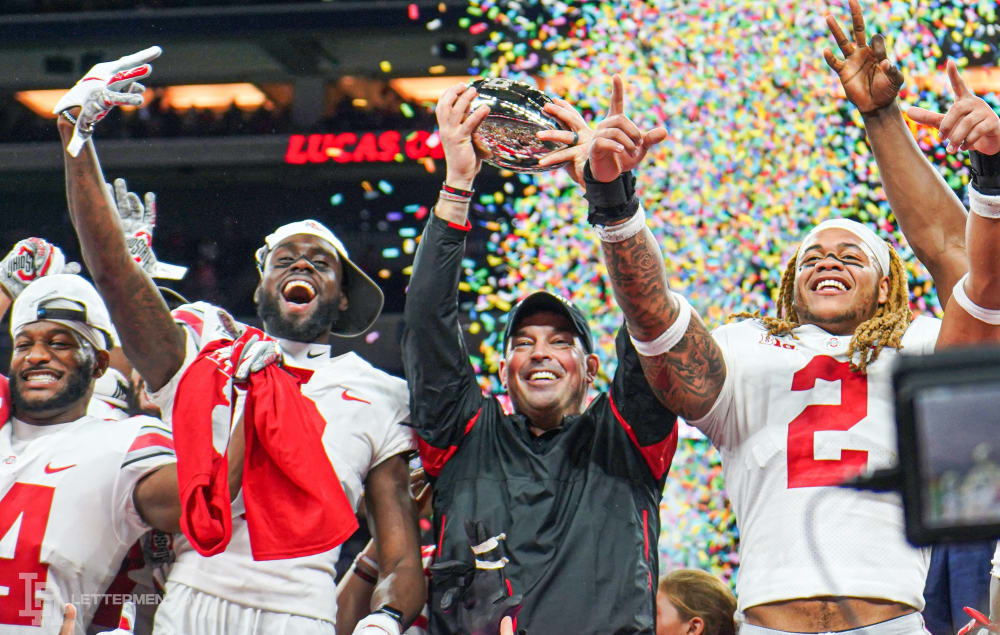 Ohio State won the Big Ten for the third year in a row and should be a top seed in the College Football Playoff. (Birm/Lettermen Row)

INDIANAPOLIS — There is no flaw on the Ohio State resumé.

There might be a couple other solid ones around the country, but there isn’t one better than the one the Buckeyes polished up on Saturday night in the Big Ten championship.

What, one bad half is supposed to knock them out of the top spot? Maybe take a look at the second half instead as Ohio State left no doubt that it has everything that could possibly be required of a No. 1 seed in the College Football Playoff. And if contenders are supposed to get challenges along the way to prove what they’re made of, the response to the first serious case of adversity against a third consecutive top-15 opponent revealed exactly what makes the Buckeyes special.

Brilliant talent. Balance on both sides of the football. Impressive coaching. Seemingly bottomless well of toughness. No fear after falling behind by two touchdowns to No. 8 Wisconsin before turning on the jets and winning 34-21.

Sure, some of those are intangibles. So try a perfect record in the deepest conference in the country with every win by double digits — and more ranked victories than the LSU team trying to steal away the top seed. Ohio State earned it over the course of the entire season, and it’s hard to understand how Championship Saturday could have changed anything for Selection Sunday.

“Definitely, I think we’re No. 1, point-blank, period,” Ohio State defensive end Chase Young said. “I mean, I just feel like a team like this, that hit a lot of adversity, has been tested many times, times like today — and then to see us come back? And not just come back, but we came back and we dominated. 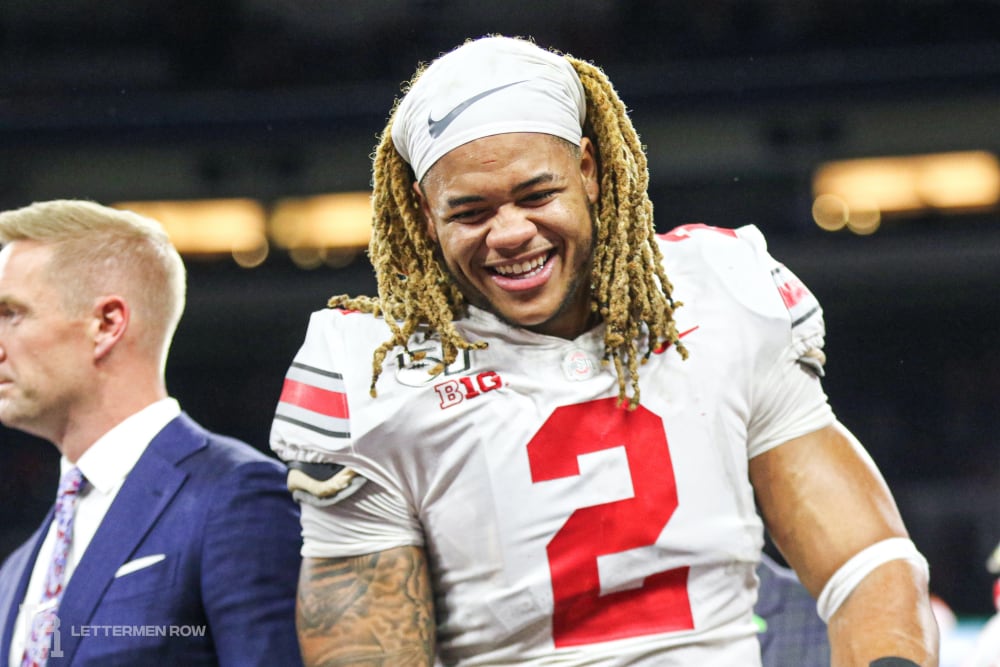 Ohio State defensive end Chase Young made his case that the Buckeyes should stay No. 1. (Birm/Lettermen Row)

“I feel like a team that can flip the switch like that is a No. 1-worthy team.”

It’s hard to know exactly what the unpredictable selection committee will make of the latest win for the Buckeyes, but there were certainly analysts around the country lining up to criticize them because the flip was seemingly off for most of the first half. Just for the record, there is no protocol for evaluating halves of games, and the full picture was once again a clear-cut victory for the program.

Yes, the first half was sloppy. Ohio State didn’t make any excuses for that despite playing with an injured starting quarterback, coming into the week having just played two high-stakes, brutal battles with ranked opponents and facing a rare rematch against a team with absolutely nothing to lose. But all that really does is make the 27-0 barrage in the second half more impressive — and it’s clearly more in line with what the Buckeyes did for the rest of a season that was filled wire-to-wire with dominance.

“I think when you look at our resumé, what we’ve done, beating Wisconsin when they’re a top-10 team twice in one year, and then again this three-game stretch was unlike I think any team has had in the country,” Ohio State coach Ryan Day said. “The committee does a great job of ranking these teams. These are top-15 teams, top-10 teams that we played three weeks in a row. If there’s anything else that shows what this team is made of, you saw it here today. The fact that we went down and played the way we did in the first half, but then to come back and play the way we did in the second half not only shows you our talent but shows you the heart of this team. 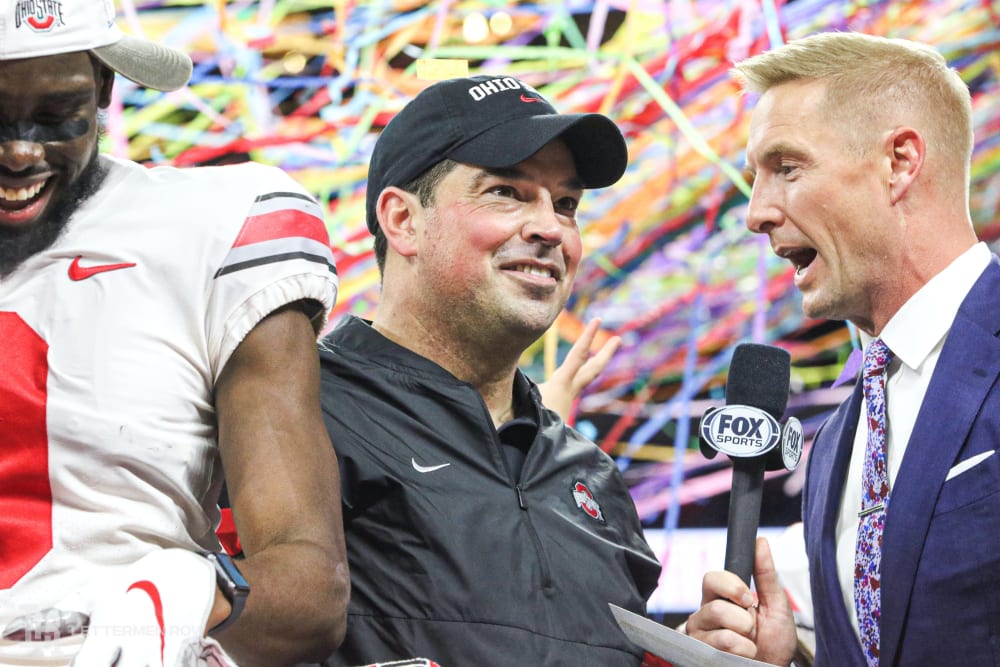 “If there’s a better team out there, I’d like to see them.”

No matter what, the Buckeyes have to win twice more to win a national championship. So, they’re going to see first-hand if LSU, Clemson or Oklahoma can measure up with them on the field. All of those potential matchups are packed with intrigue, and again to the credit of a team that embraces challenges, there weren’t any Buckeyes celebrating in the locker room who cared about the next opponent or where they’re going for the semifinal.

But Ohio State also shouldn’t even need to do any campaigning. What the Buckeyes have done on the field this year speaks for itself, and they’ve been doing it louder and longer than anybody else in the country.

“This has really been a special season, man,” Ohio State wide receiver Garrett Wilson said. “It’s a blessing to be a part of this team, it’s fun to play with these guys and we all love each other, so we can’t wait for the next two games.

“I mean, we’re going to enjoy this win and check in with the [committee] at 12 o’clock. You’ve got to win two games either way, you’ve got to win out. It’s going to take two games to win a national championship, and we don’t care where we’re at. We know what we’ve got to do.”

Even with one bad half, something exactly like what Ohio State delivered in the Big Ten title game would work just fine twice more.

And if that’s the worst the Buckeyes could play and still win easily, that sure seems like it should seal the deal for the top seed.