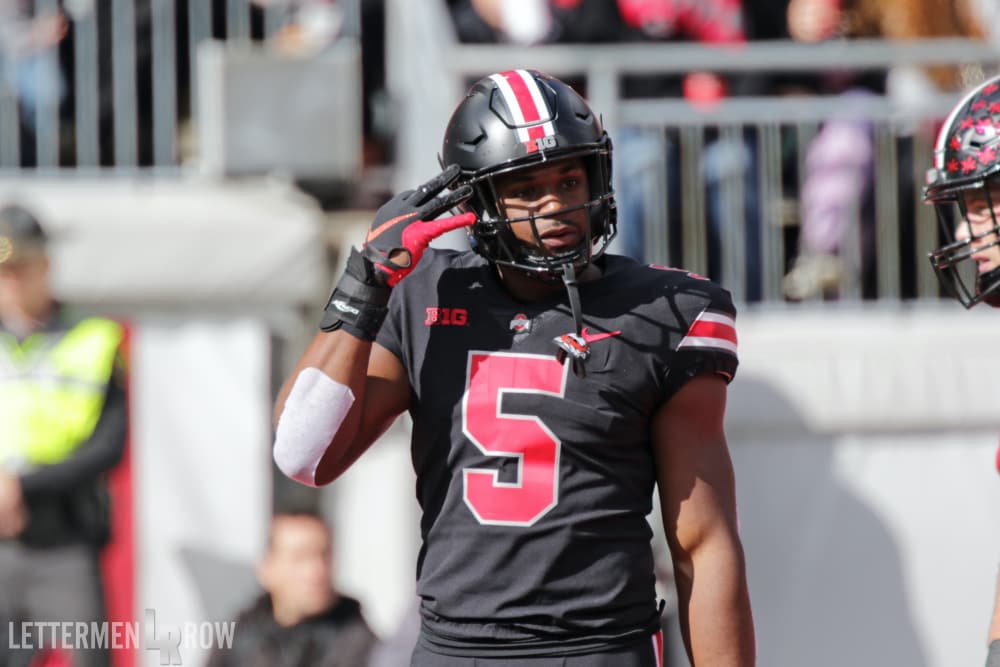 Ohio State linebacker Baron Browning is listed as probable for the Buckeyes this week. (Birm/Lettermen Row)

COLUMBUS — Even without one of the regular contributors, an embattled Ohio State unit delivered one of its finest performances of the season.

Now the Buckeyes are getting healthier at the same time their production appears to be on the rise.

After missing last week’s important win over Michigan State last weekend with an undisclosed injury, linebacker Baron Browning is expected to return and was listed as probable by coach Urban Meyer for Saturday’s matchup at Maryland.

“I don’t want to get deep into the injuries,” Meyer said during his Monday press conference. “But [Baron Browning] is probable for this week.

” … What was maybe not fun [this season] was that we had so many guys hurt and we didn’t know on Thursdays who was going to be playing. It’s a little more consistent now.”

The Buckeyes had already received one injection of health last week in the secondary, and now that progress is trickling down to the linebackers on the heels of an outing where all three starters were graded as champions. 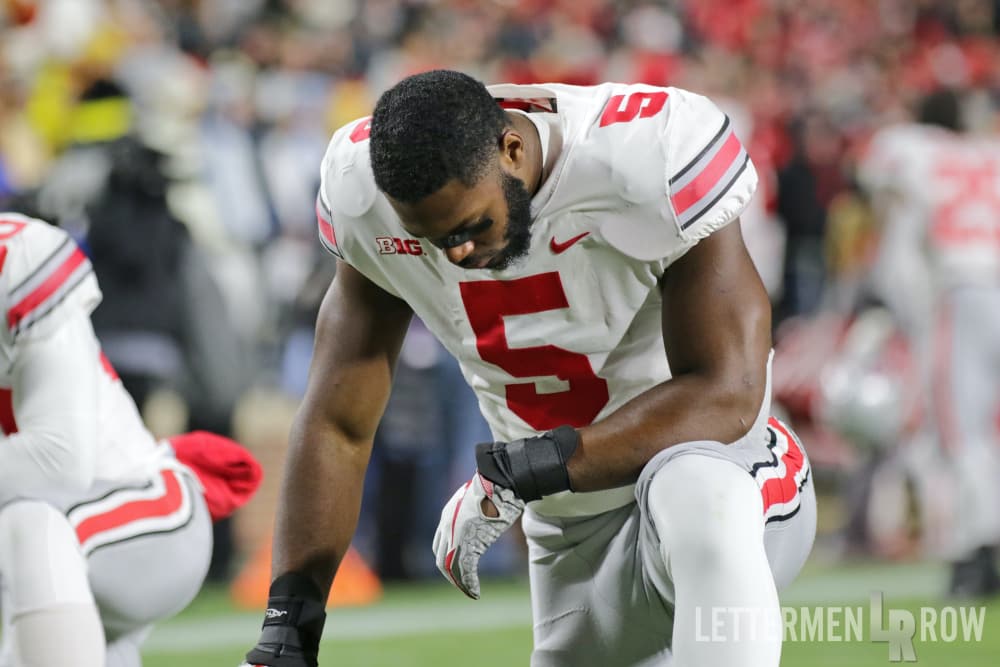 Ohio State linebacker Baron Browning has been making an impact off the bench for the Buckeyes. (Birm/Lettermen Row)

Browning came down with an issue during practice week, slowing down the momentum that had been building as the first guy off the bench at his position. The sophomore has contributed 22 tackles, 3.5 tackles for a loss and a sack overall this season. With the Buckeyes expecting a stiff test on the road against Maryland, they’ll obviously be welcoming Browning back with open arms.

“I had a chat with the team, and I think this is one of the more talented teams in the Big Ten,” Meyer said. “They beat Texas early on, they have extremely good skill, their defense is a top-20 defense. Our guys watch film, our guys are very intelligent players here, I worry about them staring at their phones all day long, but they know what’s in store.

“I can assure you the focus is on going into that game at noon.”

There’s a big one looming after that, of course.

But Ohio State is getting healthier and confident at just the right time.