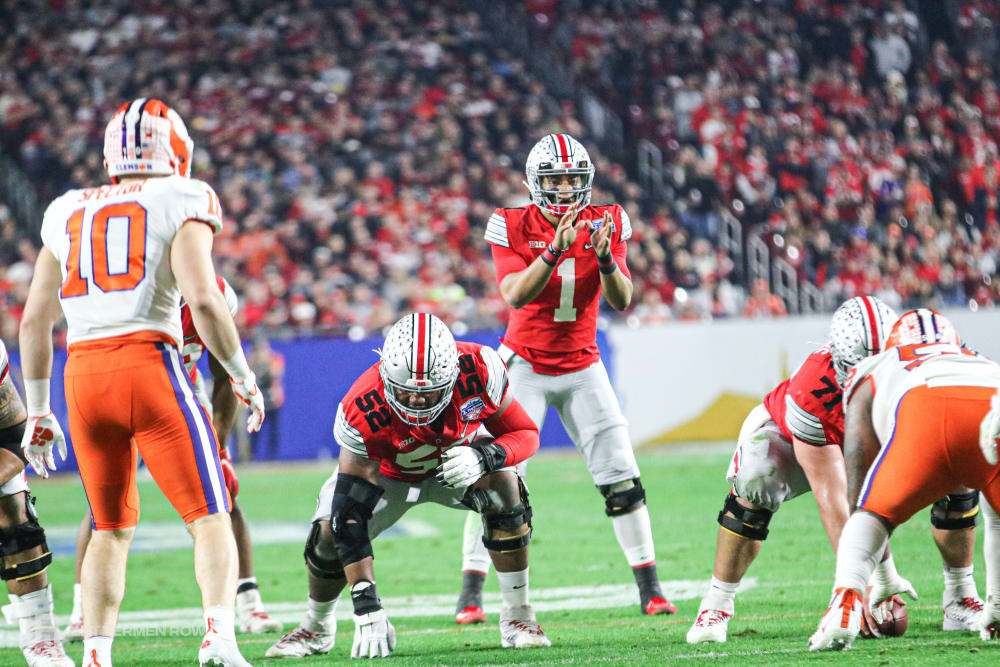 COLUMBUS — The 2019 calendar year was one of change for Ohio State.

New head coach, new defensive coaching staff, new quarterback. Ryan Day’s Ohio State coaching tenure got off to an incredible start. The defense completely turned their poor 2018 around with an incredible season this year, giving the Buckeyes dominance on both sides of the ball.

But the defensive turnaround wasn’t even the story of the season. Ohio State had three of the top six vote-receivers in the Heisman Trophy voting. Justin Fields threw 41 touchdowns and only three interceptions. J.K. Dobbins ran for over 2,000 yards. Chase Young set the Ohio State single-season sack record.

It was a record-setting and brilliant year for the Buckeyes — until the end, when it closed with heartbreak. Lettermen Row is putting a bow on 2019 with the five moments that defined the year for Ohio State.

That’s when the vision for the new Silver Bullets defense was born. Day hired little-known secondary coach Jeff Hafley on Jan. 7 to complement his hire of former Michigan defensive coaches Greg Mattison and Al Washington, signaling a new era of defense for the Buckeyes. The defensive staff used most of the same players from the disaster in 2018 and made Ohio State one of the country’s top defenses this season. Mattison and Washington will return next season, while Hafley was so impressive that he got a head coaching gig after just one year on staff. The defensive turnaround was huge for the program’s 13-1 record in 2019. 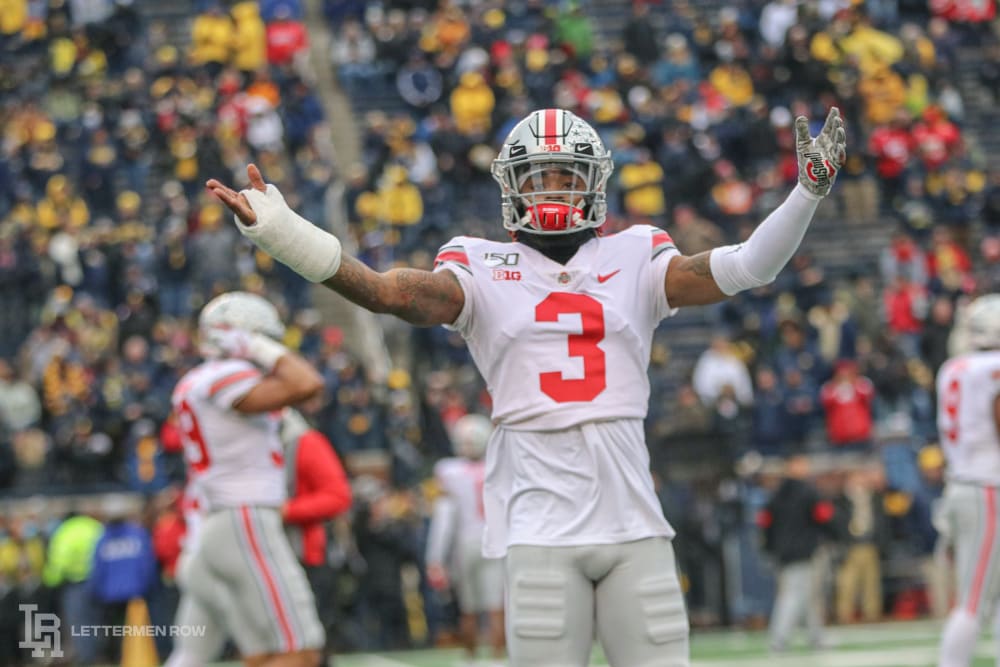 Damon Arnette and the Buckeyes rebounded from an awful season with a brilliant 2019. (Birm/Lettermen Row)

Ohio State knew how good of a recruiter Ryan Day from his days as quarterbacks coach and passing game coordinator. But questions popped up about how good he could be as a head coach, especially one that was tasked with replacing Urban Meyer.

Day exceeded expectations. He kept five-star offensive tackle Paris Johnson in the class. He found stud linebackers on each coast of the country. He signed two quarterbacks in the same class. But the biggest recruiting win of the year for Ohio State came on May 31, when the No. 1 wide receiver prospect in the country, Julian Fleming, announced his decision to leave his home state of Pennsylvania to play for the Buckeyes. Fleming, the No. 2 overall recruit in the 247sports.com composite rankings, is one of the highest-rated signees in Ohio State history, and his commitment was complemented by three other 4-star wide receivers in the 2020 class that should give the program a huge offensive boost for the foreseeable future. 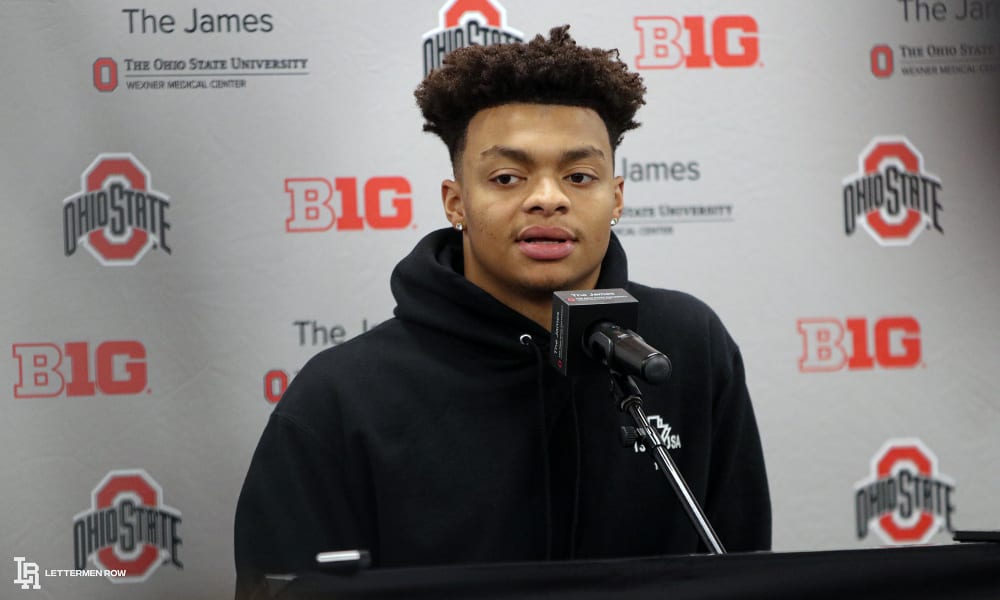 Justin Fields was named the starter on Aug. 19, and he had a Heisman-worthy campaign. (Birm/Lettermen Row)

From the moment Justin Fields walked into the Woody Hayes Athletic Center, he was the most talented quarterback in the building. But through the summer, Big Ten Media Days and the first two weeks of training camp, Fields wasn’t officially the starter. Ryan Day made him earn that job, and Fields certainly did just that.

Day gave the official word on Aug. 19 that Fields would be his first starting quarterback as head coach, a hint of things to come for the sophomore signal caller.

“After the first week, he really wasn’t there,” Day said when making the announcement. “Made some mistakes, turned the ball over. Right now he’s starting to scratch the surface. I still don’t think he’s where he needs to be. After this week, I think he played at a starter level, earned the job. We’ll see where it goes from there.”

Fields didn’t turn the ball over much in the regular season, though, and where the Buckeyes went from there was a perfect record and an appearance in the College Football Playoff. Fields even received an invite to New York for the Heisman ceremony.

Top-15 dominance not enough for No. 1 seed

Ohio State knew all year that its season would come down to the final three weeks. The stretch — home against Penn State, at Michigan, then at Lucas Oil Stadium in Indianapolis for the Big Ten title game — turned out to be huge for the Buckeyes. They entered it undefeated, and after they beat Penn State and Michigan, the Buckeyes moved to No. 1 in the College Football Playoff rankings ahead of LSU.

After struggling through the first half against Wisconsin and trailing at the break, Ohio State dominated the second half and claimed a third straight Big Ten title. The committee wasn’t impressed. Instead of facing an inferior Oklahoma team in the playoff, the Buckeyes were relegated to the No. 2 seed, forcing them to play Clemson in a heavyweight fight. Ohio State beat three straight top-15 opponents, but that wasn’t enough to keep the top seed. 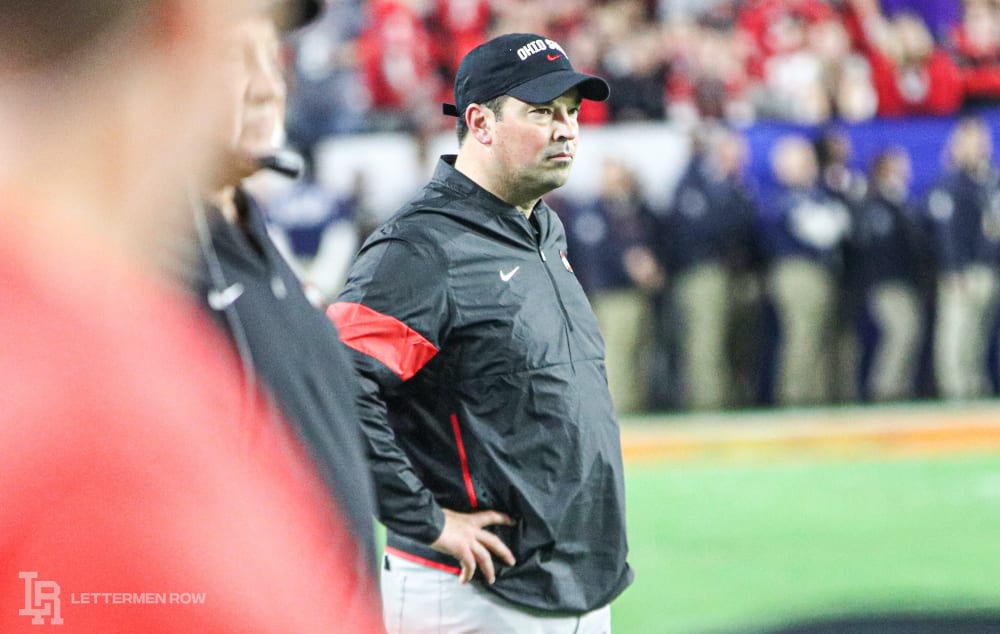 Although they were disappointed with the seeding in the College Football Playoff, the Buckeyes were happy they weren’t left out of the dance like they were in each of the last two seasons. The committee set them up with Clemson, the superpower of college football riding a 28-game win streak, in the Fiesta Bowl, while LSU was given the No. 1 seed and played Oklahoma in the Peach Bowl.

Ohio State and Clemson proceeded to play a classic.

The Buckeyes jumped out to an early 16-0 lead, but they settled for three field goals inside the Clemson red zone. Questionable calls and key mistakes gave Clemson chances to take the lead, and the Tigers did take a 29-23 lead with 1:48 left on the clock. Fields and the offense drove down the field quickly, but a miscommunication between he and rising star Chris Olave led to an interception, just the third for Fields all season. Clemson moved on to the national title game, while the Buckeyes’ season ended earlier than expected.