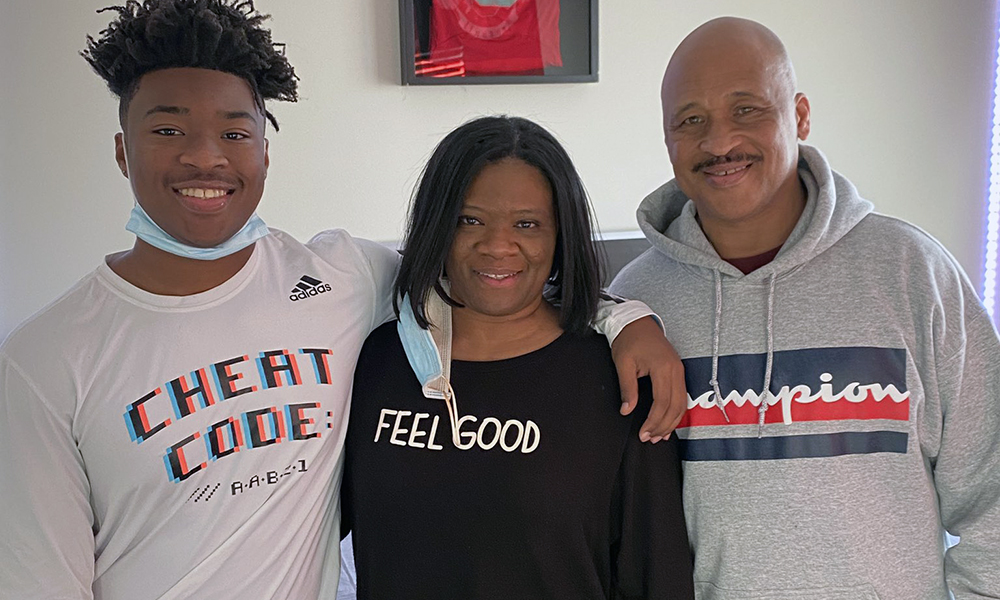 COLUMBUS — In a normal year, the 15 early-enrollees arriving at Ohio State this weekend would gather, celebrate and begin building relationships that will last for a lifetime.

In the Covid-19 era though, nothing is normal. Instead, the incoming midyear members arriving on campus with the Buckeyes will have to spend a bit more time in isolation.

“They have to quarantine for a week before they can do anything,” Ohio State coach Ryan Day said on Friday. “But they’ve already started virtual classes, which is great for them. We’re really excited for them to get going, but it’s a very unique situation for them to be here with no students, [dealing with] quarantine, you know? It’s not ideal.

“I told our Australian punter, Jesse [Mirco], I said it only gets better from here. He’s going from Australia to here, where it was 28-degrees the other day, there are no students on campus, then there’s quarantining for a week. It can’t get any worse. So I promise you, it’s going to get better.”

For a number of the Buckeyes newest additions, any chance to get back to practicing or playing football is going to be viewed as a step in the right direction.

Both tailbacks, Treveyon Henderson and Evan Pryor, weren’t able to play in their home states of Virginia and North Carolina. 5-star receiver Emeka Egbuka didn’t get to suit up in Washington, tight end Sam Hart wasn’t able to in Colorado and defensive linemen Tyleik Williams (Virginia) and Jack Sawyer (Ohio) also didn’t play as seniors. The primary reasons so many kids enroll early is because it provides an opportunity to play earlier in college, but these seven kids haven’t played football anywhere in over a year.

That’s going to be a major adjustment, one of many that comes with missing the last act of being a high school student. Ohio State is a different world. 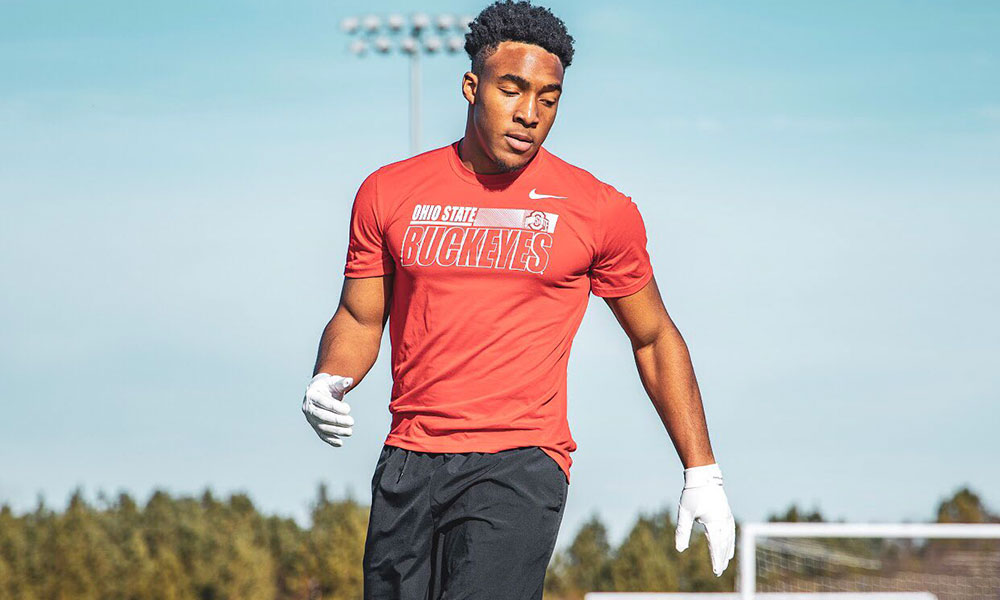 “I think it’s going to be more physically [demanding] than anything,” Day said. “So that’s why we’ve got to do a great job getting them in here with [Ohio State strength coach] Mick [Marotti] and figuring out where they are, what’s their baseline. Because as much as they work and they get themselves in shape, it isn’t the same. We even found that during the quarantine when guys are away.

“There were some guys who showed up in great shape. But still a lot of the guys — even though they were doing their workouts at home — it’s not the same as when you when you have coaches that are driving and motivating and pushing you. The guys who are in really good shape in terms of their aerobic shape, their strength, their flexibility, and all that stuff without playing for a whole year, will definitely have a chance to get on the field faster. The guys who don’t? We’re gonna have to build them up. And we’ll look all that stuff. I think they’ll learn quickly. They’ll learn the plays, they’ll learn the playbook.  I’m just interested to see what kind of shape they’re in. It’s one thing to be able to play in high school as a junior. It’s another thing to be able to go play in the Big Ten.”

The road to playing time at a place like Ohio State isn’t easy in a normal year, but it may be wise to temper expectations for this group of incoming freshmen more than ever. The loss of an entire season of high school football is a big deal. And it’s been more than that for some these kids who spent a full year away from their teams.

Ironically, it could work out that the quarantine stuff all those kids had to do may have helped prepare them for the work that needs to be done in college. They’ve been forced to learn how to work on their own and that could pay dividends now.

“A lot of it is managing their time,” Day said. “That’s a huge part of it: How do you prioritize things? Because in college you’re on your own. You don’t have your parents anymore telling you how to manage your time. You have to do that. The sooner guys can get that organized, the sooner they’re going to get on the field.”

The road to playing time for Ohio State early-enrollees begins officially on Feb. 1. That’s when the star-studded freshmen class gets their first taste of team activities and hopefully the first taste of a return to normalcy.

“On Feb. 1, we’ll start to indoctrinate them into Mick’s program,” Day added. “Slowly, over a couple of weeks, we’ll start to get them involved with everybody as we get people going again. All these guys, they want to come in here and compete. And so as soon as we can kind of get them going and learn how we do things, then they take off from there.

Maybe they’ll even get a chance to celebrate their hard work paying off with teammates. That just has to wait at least another week even after finally arriving at Ohio State.