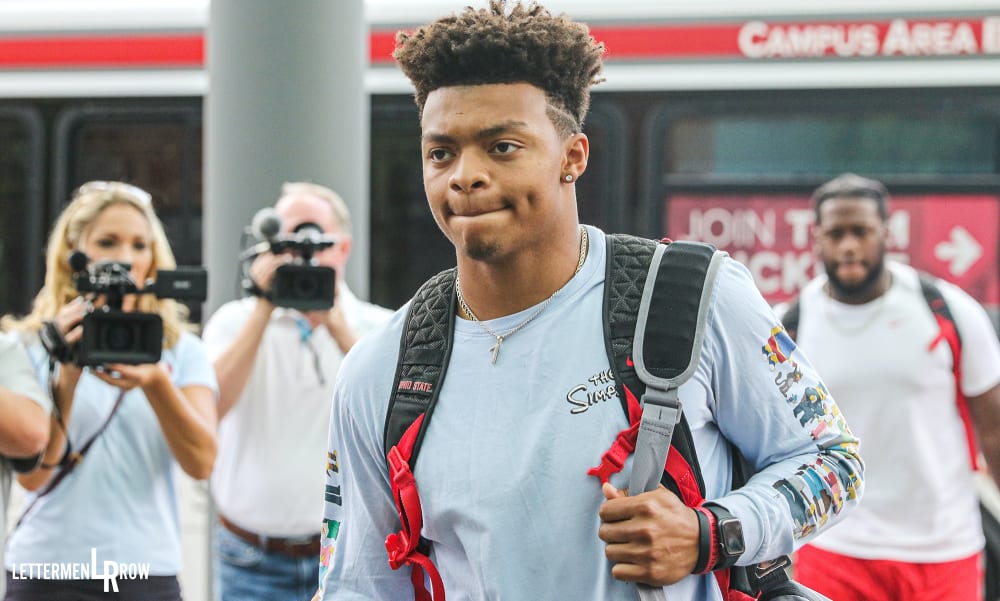 Justin Fields has been the center of attention for Ohio State fans so far in August. (Birm/Lettermen Row)

COLUMBUS — The season is just two weeks away, but Ohio State has already been working hard.

Throughout the month of August, Ryan Day’s program has been found at the Woody Hayes Athletic Center, grinding through the dog days of summer and preparing for what they hope will be a run toward Ohio State’s third-straight Big Ten title.

For the Buckeyes, it’s a training camp full of transition. Justin Fields, the former 5-star prospect who spent his freshman season at Georgia, takes over for record-setting quarterback Dwayne Haskins and arrives in Columbus with mega expectations at the game’s most important position. Still, Day and the Ohio State staff have proceeded with caution, not yet naming the 6-foot-3, 230-pound talent as the starting quarterback despite the college football world anticipating that will be the case soon.

J.K. Dobbins returns for Ohio State and has spent the majority of the offseason focused on getting back to the form he displayed as a freshman. Dobbins has made it clear last season left a bad taste in his mouth and he’s hoping to erase that “failure.”

Ohio State enters the season with four new assistant coaches on defense, including a pair of defectors from Michigan. Greg Mattison has been impressed by the Buckeyes depth and talent and has found himself working with the outside linebackers while co-coordinating the defense with first-year Buckeyes assistant Jeff Hafley. New linebackers coach Al Washington has worked to find consistency in his position group while trying to establish himself as a recruiting ace for Day and Ohio State.

There are plenty of other changes around the Buckeyes program, but one thing that hasn’t changed is that Lettermen Row is going to be there, covering Ohio State football from every available angle.

Curious what fall camp has looked like so far? Wonder no more. Check out the photos from two weeks worth of the Buckeyes getting ready for the upcoming season. 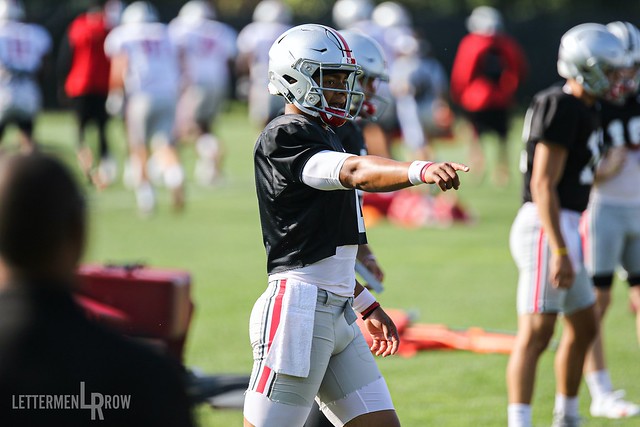