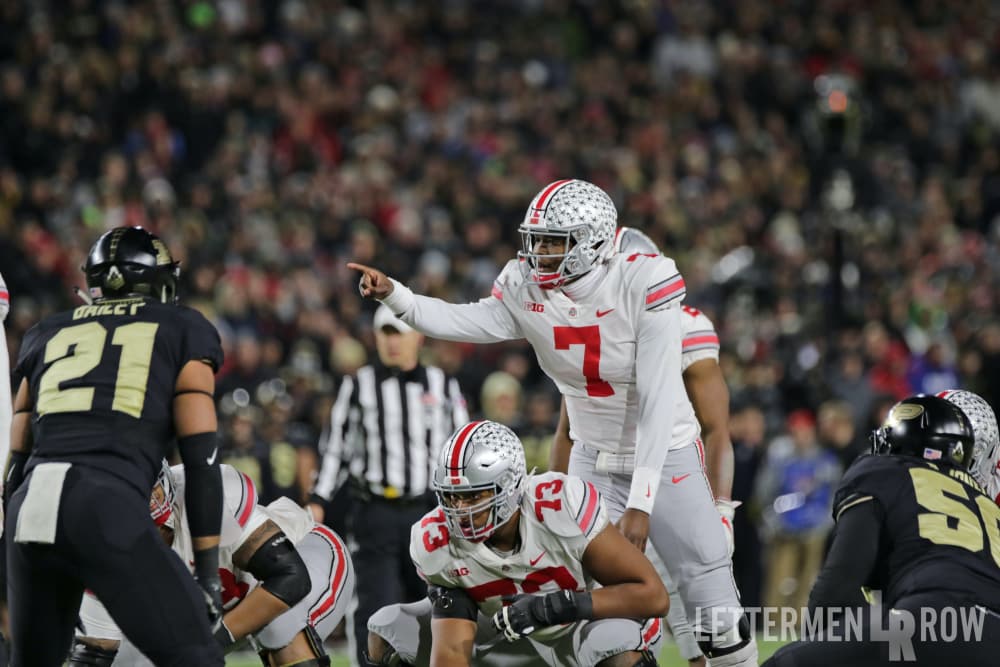 Ohio State quarterback Dwayne Haskins continues to light up defenses despite the Buckeyes struggles on the scoreboard. (Birm/Lettermen Row)

Many seemed to not be shocked that Purdue thrashed Ohio State in West Lafayette Saturday night. They saw the issues on both sides of the ball, and they also watched those problems be exposed by the Boilermakers in the form of a 29-point blowout.

If you take a look at the statistics, however, you immediately may ask one question: how does Dwayne Haskins throw for 470 yards and lose by four touchdowns? Red zone struggles may be a large part of the issue, but the Heisman contender’s 49-for-73 performance set three individual program records in a losing effort: most passing completions in a game, most passing attempts in a game and most passing yards in a game.

How a team can rack up nearly 550 yards of offense and lose by 29 points seems unthinkable, and leaves me asking some questions. But the Ohio State offense and Haskins continue to bring an air raid to whatever stadium they are playing in, and it sure is fun to watch. Last week, I named a few records the Buckeyes quarterback may break this season and you can already check “most passing yards in a game” off the list after his 470 yards Saturday.

Haskins now owns three of the four 400-yard passing performances in program history, and they came in back-to-back-to-back games. With that said, here are a few other records he is quickly chasing. 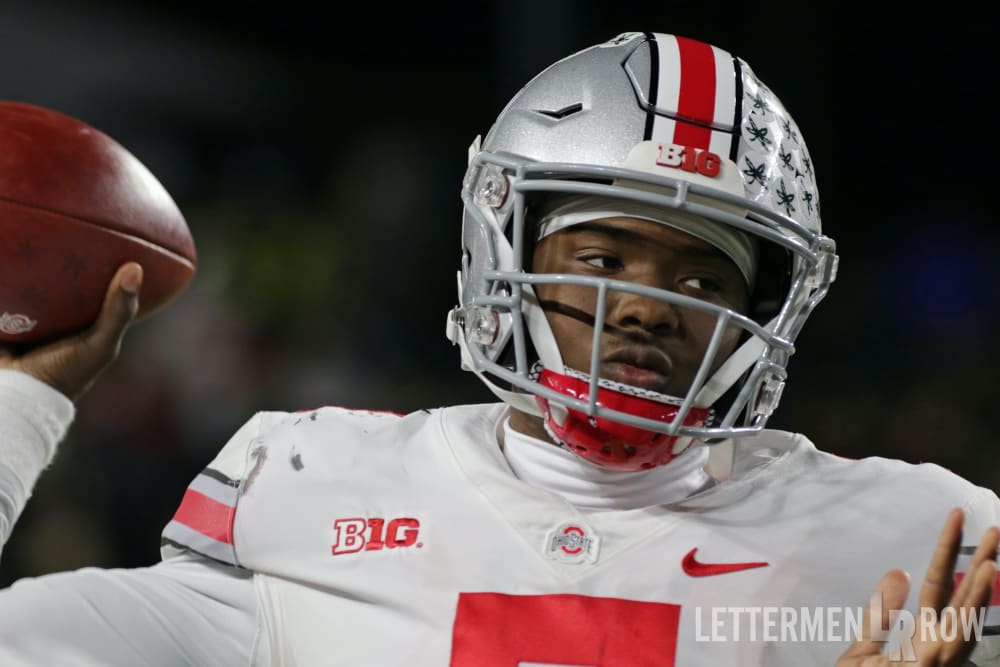 Completion Percentage in a Season

Haskins has been an accurate passer all season long, so his record-breaking 49 completions against the Boilermakers really doesn’t come as a surprise. But if you take a closer look, he is actually on pace to break another record set by Troy Smith during the 2006 season.

That year, Smith was 203-for-311 for a 65.3 percent completion percentage, the highest in program history. Through eight games, Haskins has racked up a 71.1 completion percentage 224 of 315 throwing. After the open week, the Buckeyes will play the 109th and 117th-ranked pass defenses in the country in back-to-back games.

Go ahead and pad the stats there, Dwayne.

Passer Rating in a Season

Just when you thought more of J.T. Barrett’s records were safe and untouchable, here comes Haskins ready to set his own.

The 2014 season was arguably the best of Barrett’s Ohio State career, and ultimately were a major factor in the team’s run to a national title. His 34 touchdowns and 10 interceptions on 203 of 314 passing for 2,834 yards added up to a season passer rating of 169.8, the highest in school history.

After eight games this season, Haskins is slightly edging Barrett’s mark and sits at a rating of 174.1. And with at least six games remaining in his first (And likely last) season as the Buckeyes starter, he will have plenty of time to either maintain or lose his record-setting pace.