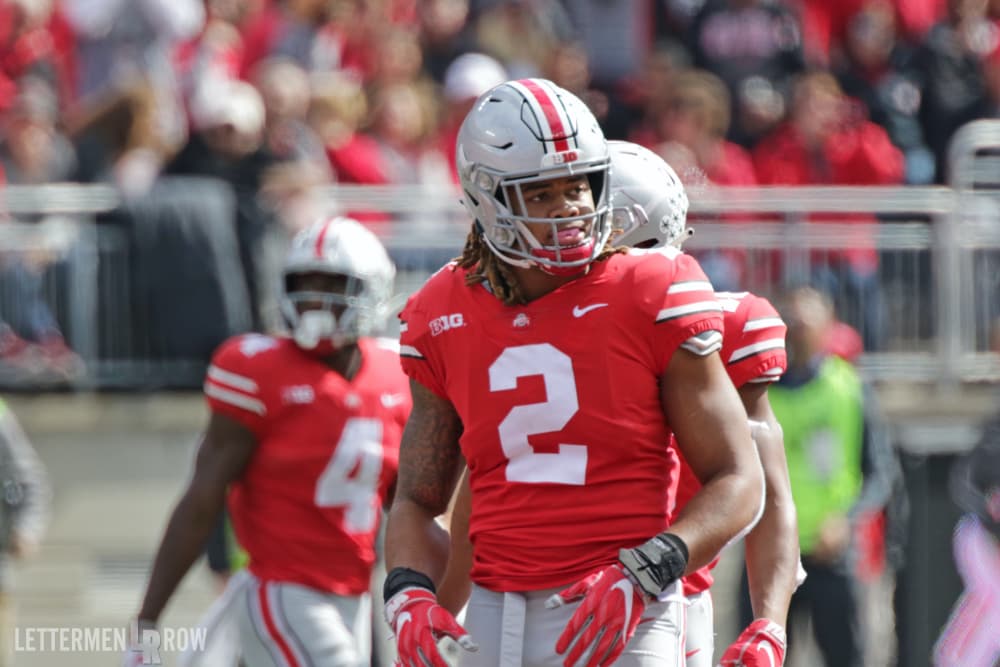 Ahead of their road trip to Purdue, Ohio State released its two-deep depth chart before the matchup with the Boilermakers. The Buckeyes have been a bit banged up in previous weeks, mainly on the defensive side of the ball with Jonathon Cooper, Malik Harrison and Damon Arnette all battling injuries but the trio is probable for Saturday’s game in West Lafayette.

There is one name that will no longer appear on Ohio State depth charts the rest of the season, and that is Nick Bosa. The program announced that the All-American decided this week that he intends to withdraw from school in order to devote more time to his rehabilitation for a core muscle injury and training efforts for the NFL Draft in April.

“I was hopeful that Nick would be able to return to play again for us,” Ohio State coach Urban Meyer said. “I know this was an extremely difficult and emotional decision for Nick and his family, and I wish him well as he moves on to get himself 100 percent healthy and ready for his next chapter. I want to thank Nick for the remarkable efforts he gave for this program. He is a first-class young man who we have been honored to coach.”