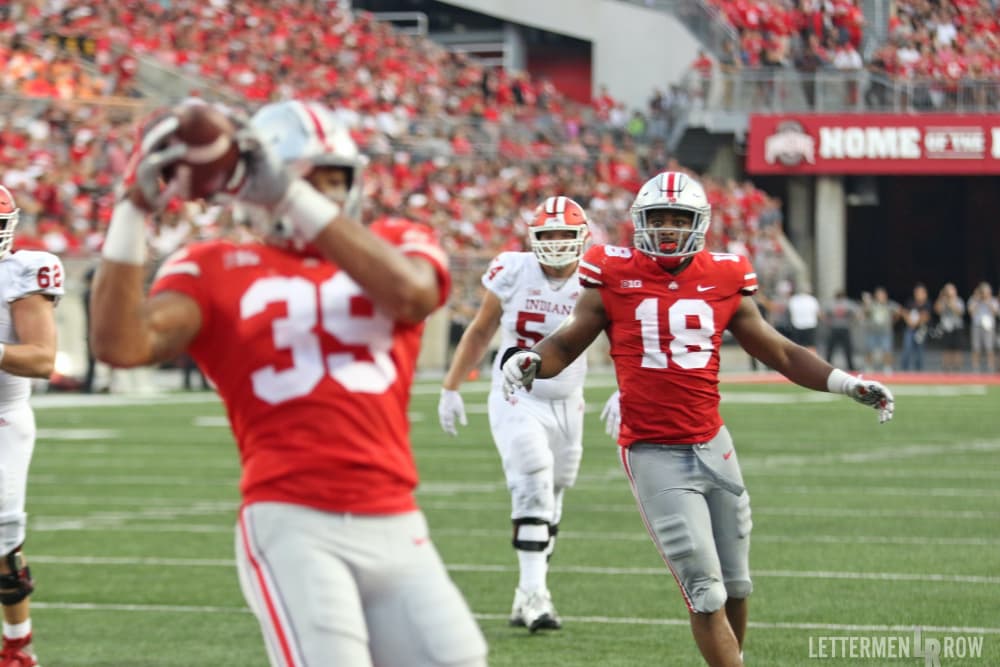 Malik Harrison and Jonathon Cooper are a few banged-up Buckeyes trying to get better ahead of Saturday's matchup with Minnesota. (Birm/Lettermen Row)

Ohio State released its two-deep depth chart Tuesday ahead of the Buckeyes Big Ten matchup against Minnesota Saturday at Ohio Stadium. An already banged up Ohio State squad received good news this week, as head coach Urban Meyer said Monday that defensive standouts Malik Harrison and Jonathon Cooper are both making progress and could be cleared for the weekend depending on the results of another evaluation early this week.

The Buckeyes haven’t disclosed any details about the issues bothering Harrison and Cooper, but Meyer seemed confident they would be on the field against the Golden Gophers.