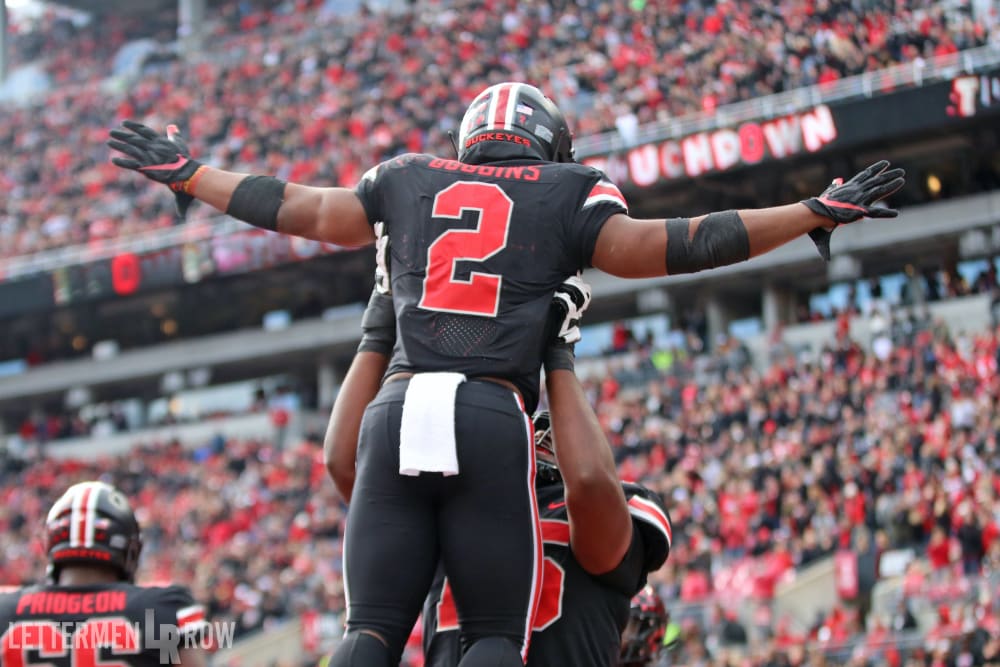 Ohio State running back J.K. Dobbins had a huge game last week and hopes to lead the Buckeyes to a win Saturday against the Michigan State Spartans. (Birm/Lettermen Row)

Despite struggling to defeat Nebraska at home last week, Ohio State hits the road again for likely the second-most difficult game left on its regular season slate in a matchup with Michigan State. And Tuesday, the Buckeyes released their two-deep depth chart for their clash with the Spartans.

It seemed like Urban Meyer’s squad had finally gotten healthy ahead of the game against the Cornhuskers. However, that was quickly forgotten as Ohio State ended up being without Isaiah Pryor due to a shoulder impingement and Jeffrey Okudah missing with a groin injury. Additionally, the Buckeyes were without Jordan Fuller after he was ejected in the second quarter for a targeting penalty and turned to Brendon White to have the breakout game of his young career.