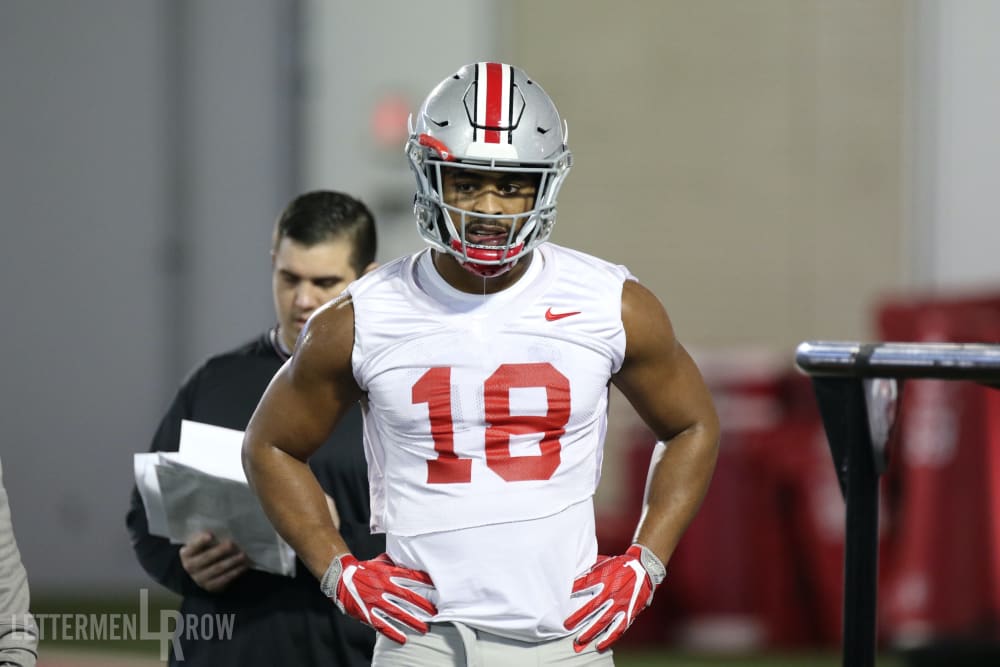 Ohio State defensive end Jonathon Cooper can set the tone as a leader for the Buckeyes. (Birm/Lettermen Row)

COLUMBUS — There is plenty of shuffling going on behind the Ohio State defensive line, and it’s certainly aware of the renovation project.

But the foundation up front is rock solid for the Buckeyes. There’s no reason for any change with the talent-laden Rushmen, and Ryan Day made sure right away when he took over the program that there would be no hammers swung in the direction of that unit.

Ohio State kept Larry Johnson for a reason. It recruited a ridiculous amount of strength, speed and potential designed specifically to fit his system. And everything the Buckeyes try to do to fix one of the worst statistical seasons on defense in school history will be built knowing there is no need whatsoever to tinker with the line.

“Yeah, because we kept our coach,” senior defensive end Jonathon Cooper joked. “As far as the defense as a whole goes, the coaches that came in are amazing. They have taken it and run with it, and we really like the intensity they bring to practice every day. I think the players are really embracing a new scheme that we have. I think we feel really confident.

“Yes [it feels different] in the sense that we have new coaches, new schemes, new plans. But no [change] in the fact that we have to bring it every day: It’s 4-to-6, A-to-B, still competitive excellence and power of the unit. In that aspect, it’s still the same.” 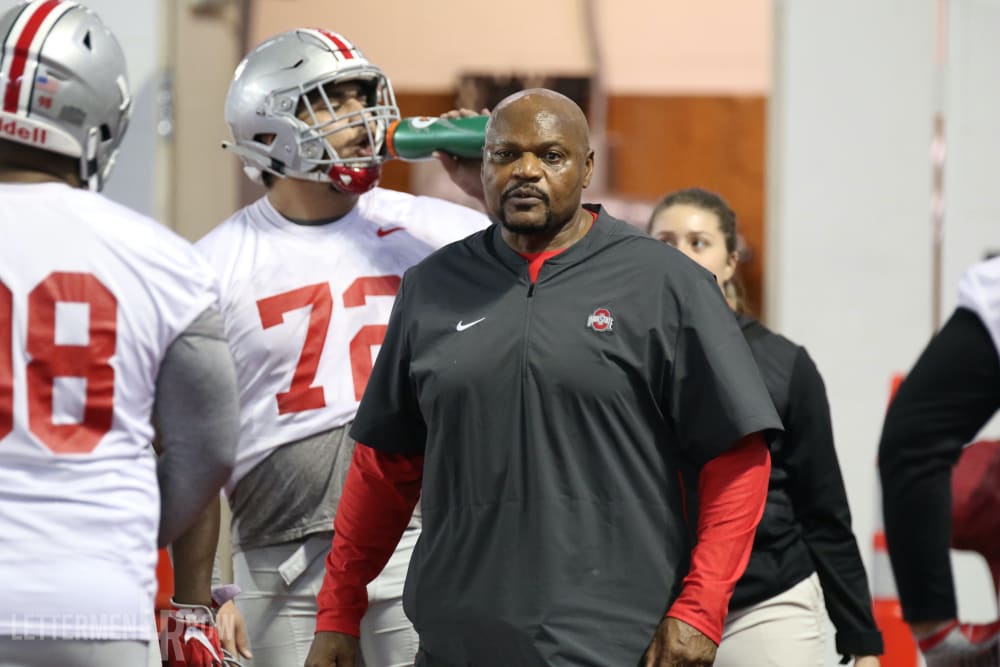 More than any mantra, maintaining the same level of production Ohio State has come to expect from the Rushmen will be one of the most valuable carryovers in the transition to the Day Era for the program.

And it might sound a bit crazy after losing both Nick Bosa and Dre’Mont Jones early to the NFL Draft, but the Buckeyes have the potential to be even more potent this season, continuing a trend with Johnson as each successive wave of his linemen leaves the unit better than it found it.

Cooper will team with Chase Young to anchor one of the best pass-rushing groups in the country, with Tyreke Smith poised to break out alongside them, Tyler Friday ready to take a step forward and early enrollee Zach Harrison already learning the ropes. In the middle, Ohio State has Davon Hamilton and Robert Landers returning — and that’s only scratching the surface with Haskell Garrett, Tommy Togiai, Taron Vincent and swing guy Jashon Cornell all ready to fill out the rotation.

So, when the revamped coaching staff was sitting down in the offseason making a blueprint for the Silver Bullets, there was one option that was almost immediately taken off the table.

“I mean, we did recruit to a four-down front and we have so many good defensive linemen,” Day said. “I talked to Coach Johnson for a long time about that, and we had long discussions about what that was, and we just felt like if we went to a three-down scheme too much, then we’re taking one guy off the field that maybe we shouldn’t have. There’s too much talent there. 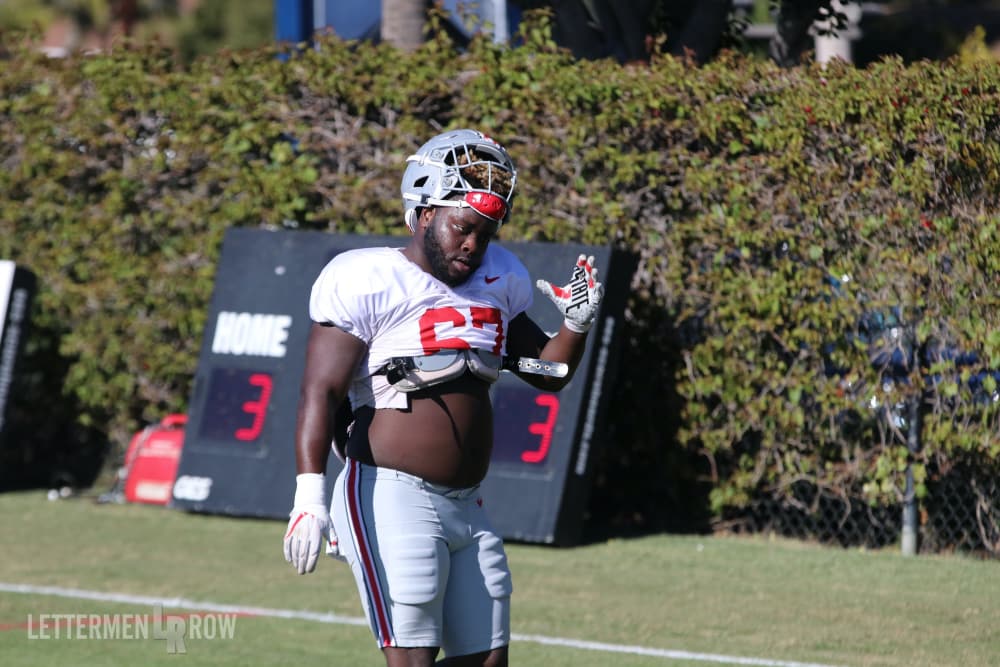 Having Robert Landers back for another season is key for Ohio State. (Birm/Lettermen Row)

“That’s what we recruited to and Larry has done such a great job, so that was one thing we started on. We’re going to be a four-down front for the most part, and then where do we go from there?”

Everything starts up front, of course. And few programs are blessed with the kind of head start in that area that the Buckeyes have this season.

There are plenty of moving pieces behind that at this point. What’s the best way to deploy the linebackers? How will Ohio State blend coverages as it moves away from nonstop press-man coverage? Where will the ideal positions be for versatile athletes like Brendon White or Shaun Wade who could play in a variety of roles?

Those questions may take some time to answer. But the Buckeyes can afford to be a little more patient knowing everything up front is already under control.

For the Silver Bullets as a whole, that is going to take some work. But for the Rushmen, all it takes is sticking with the plan already in place.