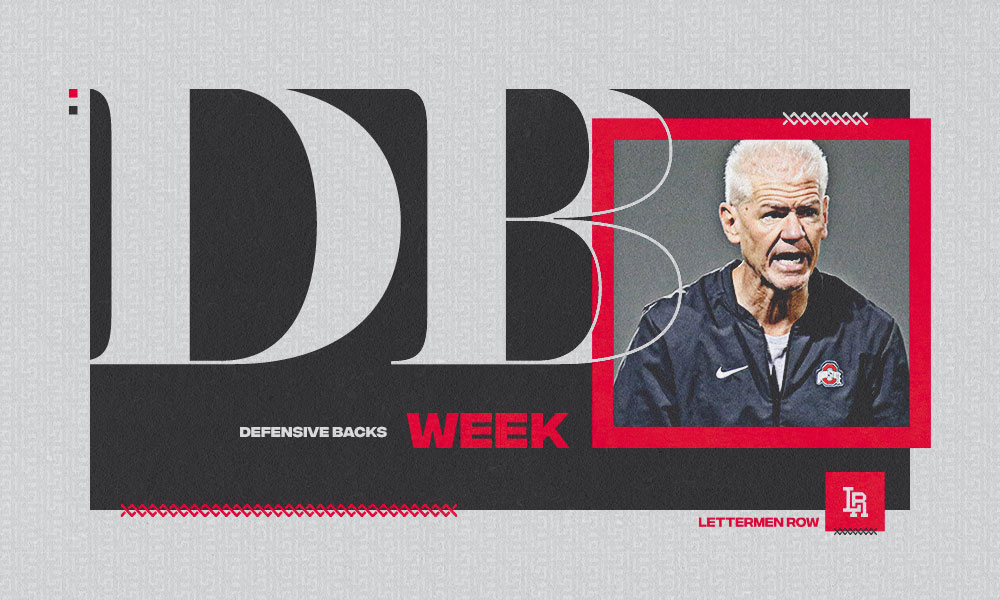 COLUMBUS — The reloading project is significant for Ohio State, make no mistake about that.

The Buckeyes will almost certainly make it look easy, because they just about always do. It’s fair to have concerns about any secondary that loses two first-round draft picks at cornerback and a multiyear starter and captain at safety in the same offseason — but Ohio State has also proven repeatedly that they aren’t like most programs.

The Best in America standard isn’t just hype. It’s been proven year over year as the next guys in line keep meeting the standard whenever their opportunities arrive, and this season shouldn’t be an exception given the talent waiting in the wings for the Buckeyes.

“The best thing that happened to us was being in those games last year where they played a lot of football,” Ohio State coach Ryan Day said in March. “There’s real football and real evidence of them playing in the Big Ten, which that’s pretty unique. We do know that, and at the end of the day when we put our heads on our pillows — they played football.

“We certainly need them to get out there, we need them to improve and get better. But we also know that’s happened.”

The track record is obviously small for the rising starters for the Buckeyes. But the legacy and tradition of success at Ohio State is long, and with Kerry Coombs returning to continue his defensive backs dynasty, the unit has earned the benefit of the doubt several times over.

So, what questions are lingering that the Buckeyes need to answer? As Lettermen Row kicks off Defensive Backs Week, let’s start with these five. 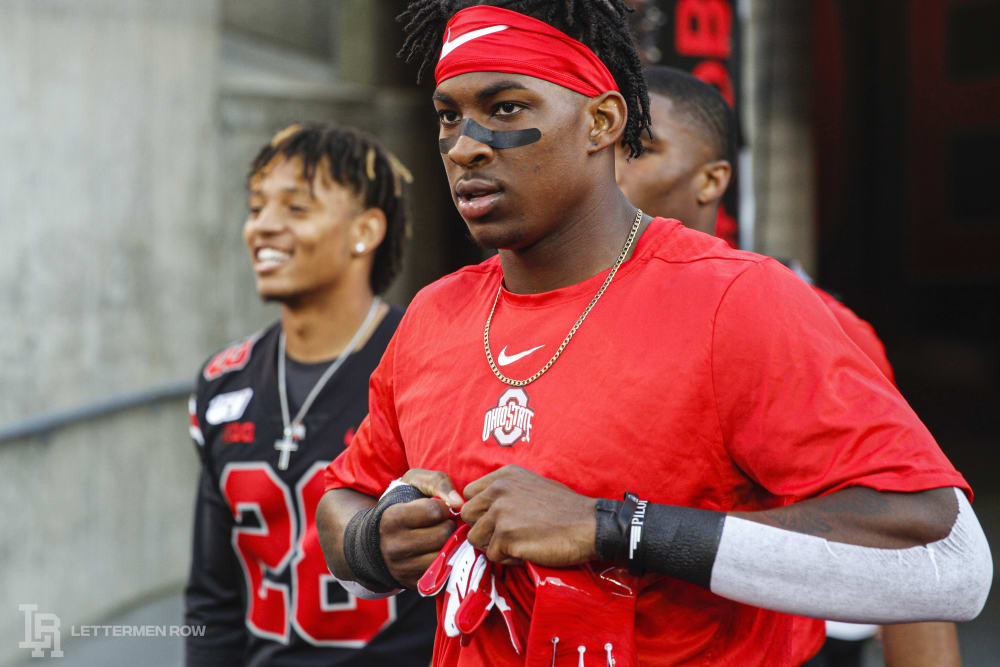 Ohio State safety Josh Proctor is perhaps the key to the potential for the Buckeyes. (Birm/Lettermen Row)

Is Josh Proctor ready for stardom at Ohio State?

The spotlight will be drawn to the high-profile departures at cornerback, but it’s the loss of Jordan Fuller as the security blanket at safety that is the most pressing issue for the Buckeyes to address. The next guy in line is obvious, but there is a lot of pressure about to be heaped on the shoulders of Josh Proctor — and he’s going to have to prove he can handle it.

Since the moment the Oklahoma native was signed, there has never been any doubt whatsoever about his physical tools. Proctor is special, and he looks like he was built in a lab to become an NFL defensive back. There were normal growing pains early in his career and he dealt with injuries at times last season behind Fuller, which are two understandable reasons why he hasn’t been able to make the kind of impact so far that has been long been expected. But this season and the potential of the defense as a whole likely will hinge on if Proctor is ready for the responsibilities at safety — and if he can become a one-year breakout star like Malik Hooker once did in that role.

How will Buckeyes fill jobs at cornerback?

Getting Shaun Wade back for another season certainly made the job much easier for Kerry Coombs, because there was a chance he could have been replacing Ohio State’s top three cornerbacks all at once. Yes, he’s already shown a remarkable ability to keep the assembly line rolling after losing multiple draft picks at the same time. But removing Wade from the equation would have been daunting, and instead the Buckeyes have one of the best defensive backs in America in the fold as a key building block.

That leaves two spots in the rotation up for grabs when Ohio State opens training camp. The odds-on favorites to take over are Sevyn Banks and Cameron Brown, and while there will still be competition for those two guys, it would qualify as a surprise if they’re not in the lineup whenever the Buckeyes kick off the season. Brown has elite speed and showed he can be a playmaker during his appearances off the bench last season. Banks has clearly matured physically and looks the part of a future first-round pick, and his chance to work with Coombs should be a boost to his stock as well. Expect Banks and Brown to team up with Wade to form the best trio of cornerbacks in the nation. 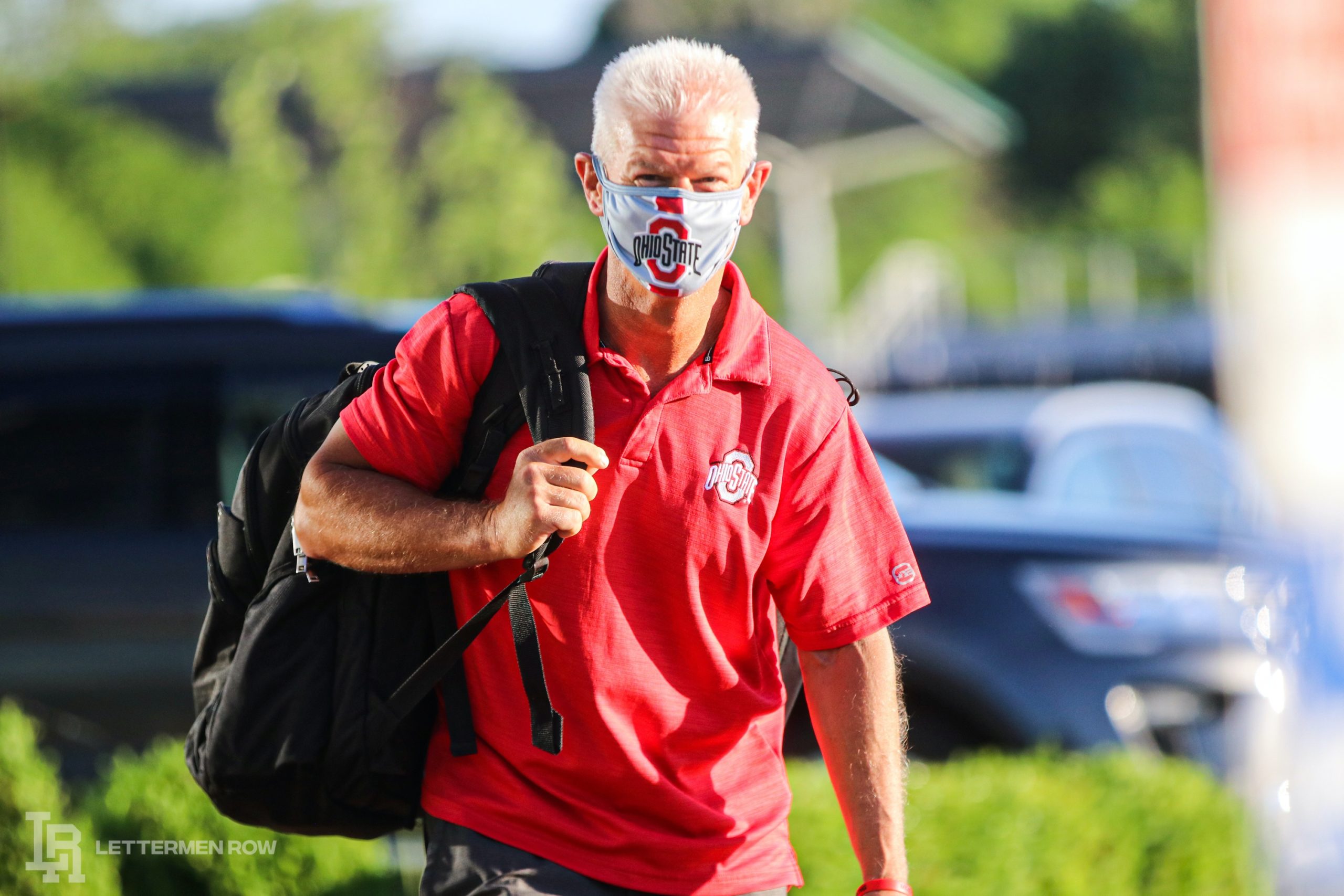 There’s not much that Kerry Coombs enjoys more than a new challenge, and the chance to return to Ohio State as a coordinator gave him a huge one. After spending a couple seasons in the NFL adding to his already extensive knowledge of defensive football and his background with the Buckeyes, Coombs is uniquely qualified for his expanded role in his return with the program.

Betting against him succeeding is never a good idea, and with the talent on hand both in terms of personnel and the coaching staff around him, Coombs was justifiably hailed as a home-run hire in the offseason. But he still has to go out and prove he can have the same success as the leader of the entire defense, not just as one of the top position coaches in the game. His work with the Buckeyes will be fascinating to watch when the Silver Bullets get back on the field.

A battle was already brewing on the coaching staff as both sides of the ball want to get their hands on Cameron Martinez, and in the short term Ohio State is planning to let him try his hand on both offense and defense. The dynamic, underrated gem of the recruiting class for the Buckeyes really has the athleticism to play just about any position, though it would seem like he’s eventually going to land in the secondary.

The freshman is going to need some time to learn the position after spending the majority of his career with the football in his hands in high school. Coombs will surely show it, though, if it means he can keep Martinez committed to becoming an elite defender — and giving him a role as a returner might be a good compromise to get him involved as a playmaker without having him split his time as a wide receiver. The Buckeyes don’t necessarily need true freshmen to make much of an impact this season, but Martinez has the kind of tools to potentially find a role in some capacity early.

If all Shaun Wade wanted was a paycheck, he could already be earning one right now. But the veteran cornerback has his eyes set on securing life-changing money as a first-round pick, and a season spent on the outside as the primary shutdown option for the Buckeyes should vault him to the top of draft boards.

It will still be interesting to see exactly how Ohio State uses Wade, though. His versatility and ability to do everything from cover in the slot to come hit running backs like a hard-hitting safety was invaluable for the Buckeyes last year, and it will surely be tough for the coaching staff to give that flexibility up completely. The development of Banks and Brown might ease some of that temptation — or Wade simply shutting down half of the field like Jeff Okudah did last year could do the same. Either way, there will be no shortage of eyeballs on Wade this season.