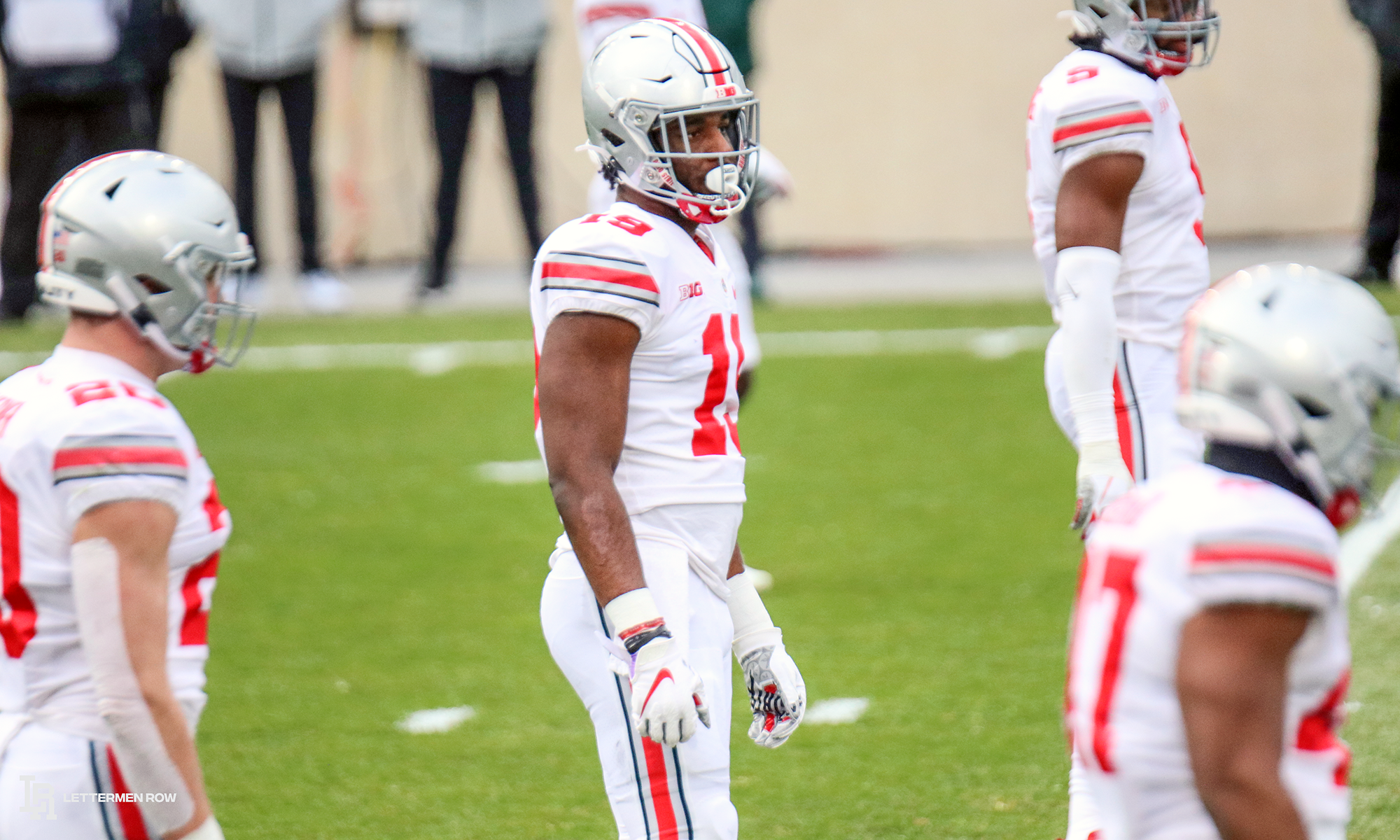 Ohio State linebacker Dallas Gant will have to wait longer to step into a potential starting role. (Birm/Lettermen Row)

This was the year that Gant, a 6-foot-3, 225-pound athlete from Toledo, had been waiting for his whole career. He sat patiently the last three seasons, watching as Tuf Borland, Pete Werner, Justin Hilliard, Baron Browning and others exhausted their eligibility with the Buckeyes. After stepping into the lineup at key points last year and playing well, it was finally Gant’s turn.

So as he opened his press conference with the Ohio State media on Thursday, it was easy to hear the deflation in Gant’s voice.

“I have a foot issue at the moment,” Gant said. “I am not participating in spring ball. I’ll be back by the summer with a full recovery and all that. I just wanted to get that out of the way before we get started.”

Four of Ohio State’s leading tacklers in 2020 were linebackers. Each of those players has moved on. Gant, with 17 tackles in limited time on defense, leads the group that returns at the position. Depth is a concern for the Buckeyes in the unit, so too is leadership. That’s evident by the fact that just two days after speaking with five running backs, the media was met by just two linebackers on Thursday afternoon. There may be no position group in the country that needs inexperienced veterans to fill the gap on and off the field more than this Ohio State linebackers room.

Losing Gant stings. He knows it. He feels it. 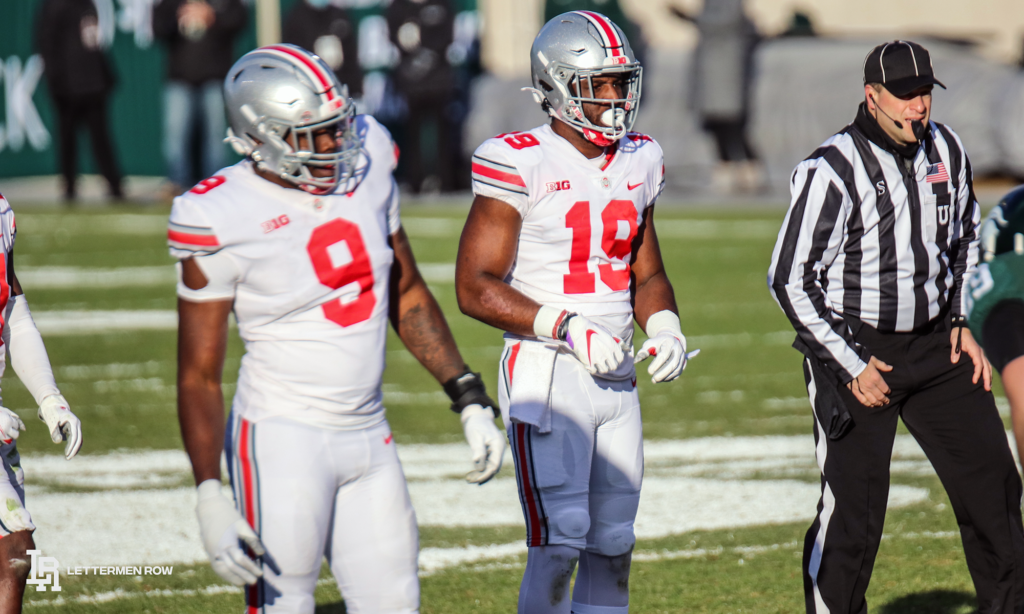 Dallas Gant has waited three years for his turn in the spotlight at Ohio State. (Birm/Lettermen Row)

“Things happen, you just got to find a different way, you know?” Gant said. “It means watching more film, [doing] different types of lifting and focusing on things that I can focus on. Developing the ways that I can even though I can’t practice with my teammates and all that.

“It’s tough not being able to practice, but being being back by summer, I’ll be able to develop myself pretty well. It’ll just be closer to the season.”

Gant will have to find other ways to impact his teammates. The Buckeyes have three senior linebackers with Teradja Mitchell and K’Vaughan Pope alongside Gant. They’re not exactly young, but they’re inexperienced. The wait for this moment has brought them together. They have to be leaders now, a task that’s made more difficult because they’ve not played a lot.

It gets more challenging as Gant misses this vital spring camp. There are huge shoes to fill.

“Losing those four guys, those are really big leadership guys,” Gant said. “Two of them were captains. Two others played a really big part in leading this group and leading this team. That role has been put upon me and the older guys, Teradja and K’Vaughan, to be leaders and examples.

“As much as we need to step up with our production and playing and all that, we also need to step up as leaders as well. It’s a big stride that you have to take. I think spring is a good time to do it.”

It’s the best time to do it. That’s why this injury at this particular time is such a blow for Ohio State and Dallas Gant. Now he needs to adjust once more. Then wait — again.

“It’s just helping guys on the side, with what I see and stuff like that,” Gant said. “Obviously, it’s not the same. Not being out there and being that voice, to push people when I’m out there doing the work with you. But just kind of being on the side as a mentor to seeing things and helping people with little steps and stuff like that is where the leadership would come in for me.

“The past years, we just been putting our head down and just going to work. Trying to get better every day for when this moment would come in. Now it’s here.”

But that doesn’t mean he isn’t going to be important for Ohio State this spring.

Learning how to lead different is just another challenge for Dallas Gant.