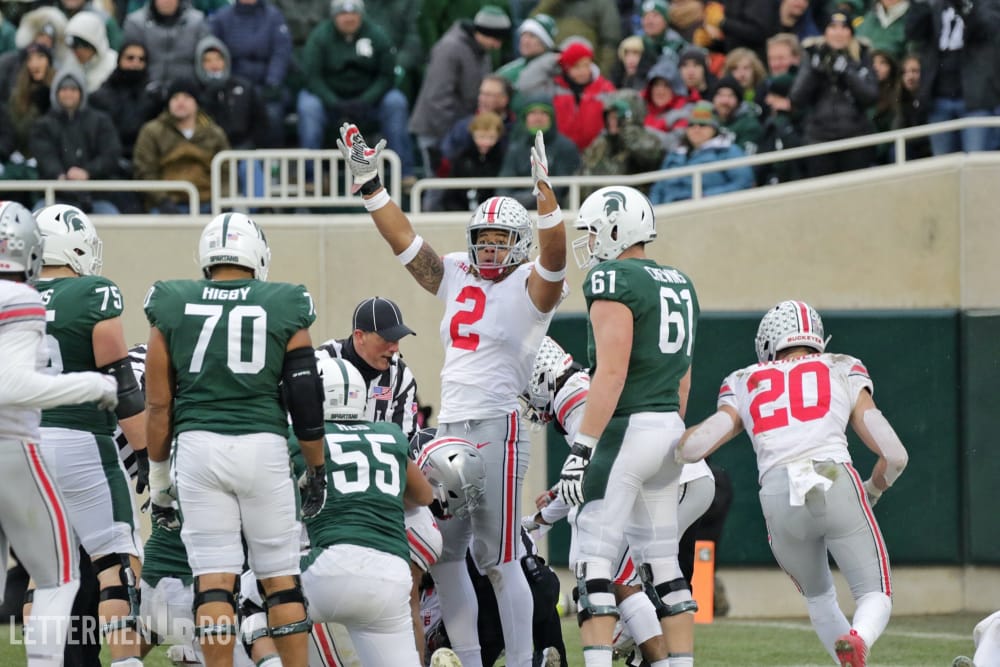 Ohio State claimed a key victory on the road over Michigan State to stay alive in the championship race. (Birm/Lettermen Row)

COLUMBUS — Ground has been hard to gain in the perception race for Ohio State, there’s no arguing that.

But if there are increasing fears for the Buckeyes that they just won’t ever be able to climb high enough to qualify for the College Football Playoff, those can more than likely be cast aside.

Sure, there are still programs ahead of them that at the moment seem to cause a problem and appear to jam up the path to the four-team field for Ohio State, which checked in again at No. 10 on Tuesday night. Yes, it would definitely help out the Buckeyes if a few of those teams would just go ahead and lose a game — which, by the way, is guaranteed to happen in a couple cases. No, the selection committee hasn’t proven to be the most reliable, which can make it dangerous to make sweeping predictions about what is going to happen.

But here’s what remains critical to keep in mind: The Buckeyes are in position to potentially be a one-loss champion of one of the most competitive leagues in the country, and both of those factors tend to be enough to tip the scales and earn a semifinal berth.

Obviously there are exceptions, as Ohio State can certainly attest in the short history of the event. The Buckeyes both benefitted and been snubbed by the system, and they have probably earned a right to be distrustful of any guarantee that a Big Ten championship would be enough to ensure a shot at the national crown.

But the committee has proven that it remains enamored by the loss column even other factors would appear to trump it, and Ohio State has that working in its favor — which is why there have been weekly reminders here about simply winning out and letting the rest fall into place. 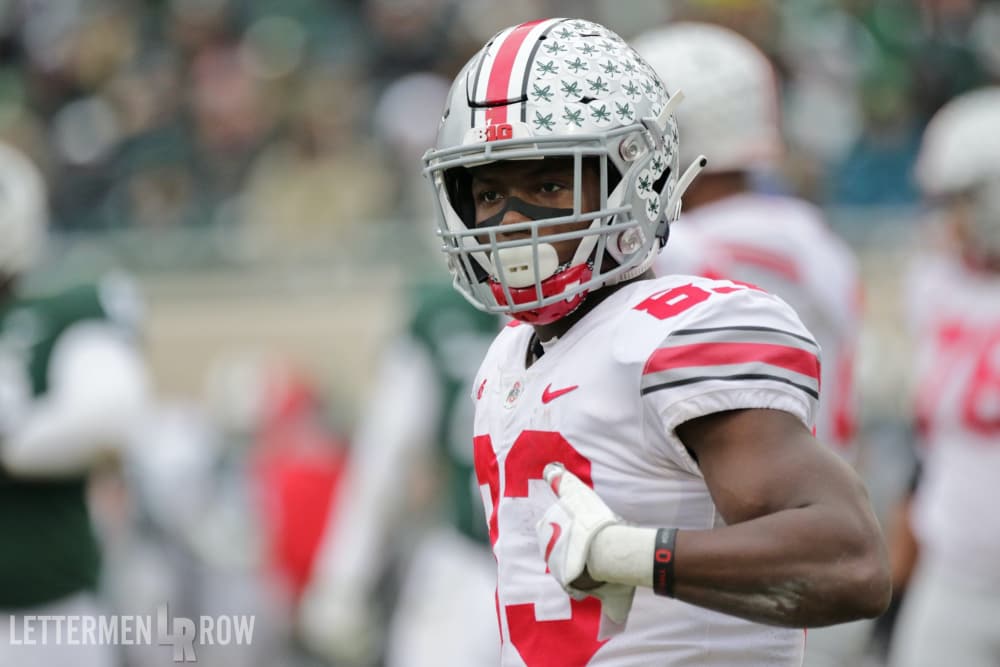 Could the chips fall in a way that leave the Buckeyes on the outside? There are always doomsday scenarios that can be cooked up. But three weeks in the chaotic world of college football is also a much longer amount of time than it might seem, and three more victories would represent a full quarter of Ohio State’s total if it runs the table all the way through Indianapolis.

That’s a huge chunk of a resumé, especially when it would include a win over a Michigan team currently slated for the playoff field and a conference title that is supposed to be an important factor for the committee to consider. So, as of this moment, it’s not hard to understand why the Buckeyes would still appear to be lagging behind some of the other contenders.

The rankings aren’t a prediction of where everybody is going to end up, and they aren’t permanently set in stone as the pecking order. And while Ohio State certainly improved its body of work with a dominant road victory over a team the committee just had ranked and might have hoped for a bigger bump, a full 12-1 body work is ultimately all that matters.

Believe it or not, there’s actually plenty of time for the Buckeyes to make their move.

And rather than being stuck in quicksand, they’re actually on solid footing to make up the ground they still need to cover.