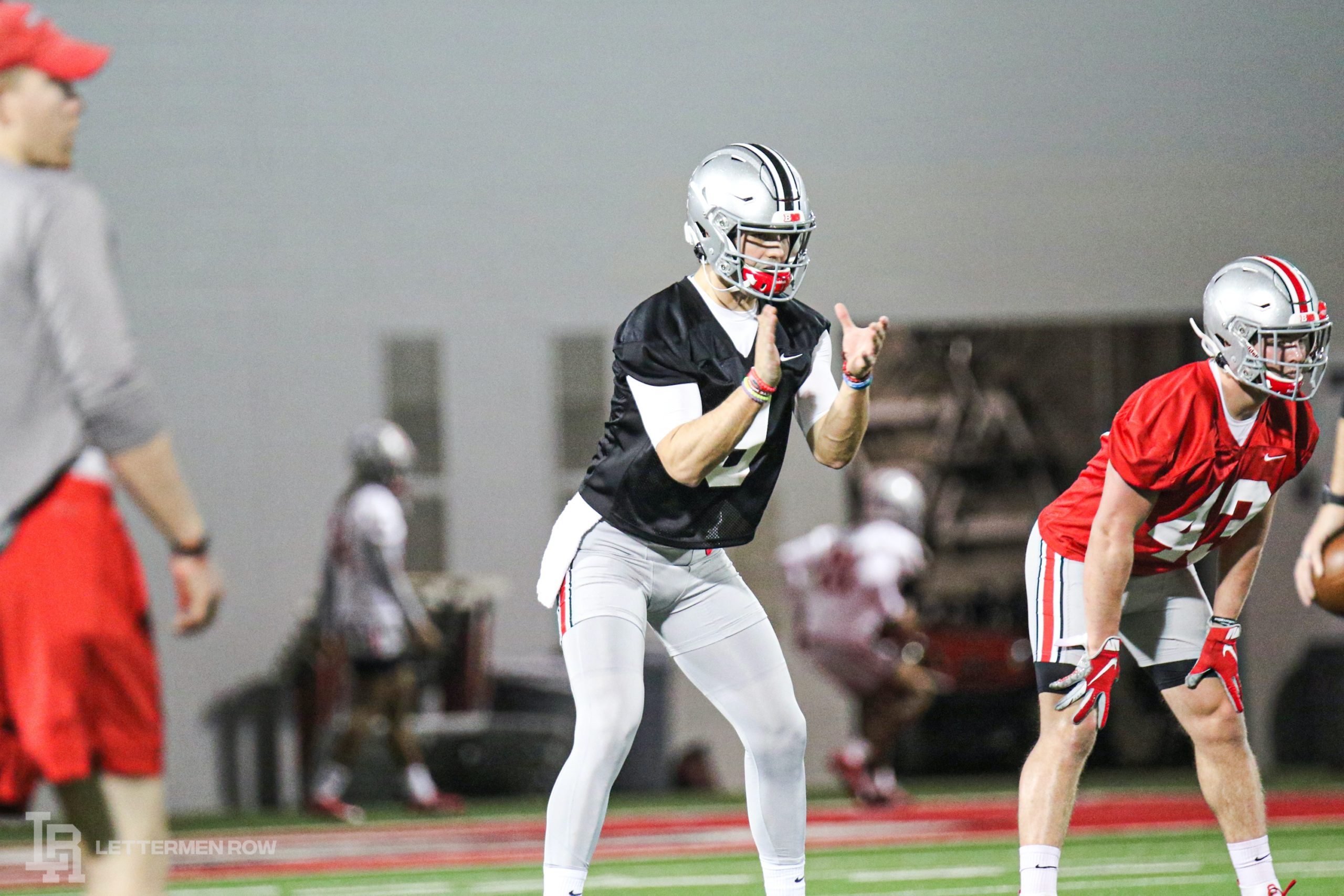 Ohio State freshman Jack Miller is back home in Arizona during the pandemic. (Birm/Lettermen Row)

COLUMBUS — A week of real reps at Ohio State is better than nothing for freshmen quarterbacks.

And assuming the Buckeyes can get the time the early enrollees missed this spring back at some point before training camp, it’s possible the program can spin this current situation into a summertime silver lining.

But for now, the hotly anticipated head-to-head battle for C.J. Stroud and Jack Miller on the field is on pause. The crash course in the Ohio State system is still continuing, though, with even just three days of snaps helping serve as distance-learning tools as the two passers work with new position coach Corey Dennis remotely to keep the development process on track.

“Yeah, for them it’s unfortunate because spring practice is so important for young quarterbacks,” Ohio State coach Ryan Day said. “But they do have access to our film, and we’re going to do the best we can to make sure that they have everything they need to study that stuff. Corey will make sure that he’s giving them everything they need to try to get ahead on this thing the best they can without actually having spring practice.

“We’re hopeful that down the road there are some workouts we can capture back based on when everybody comes back on campus. But until then, we’re not really sure. … We’re just going to do the best we can to get those guys up and running.” 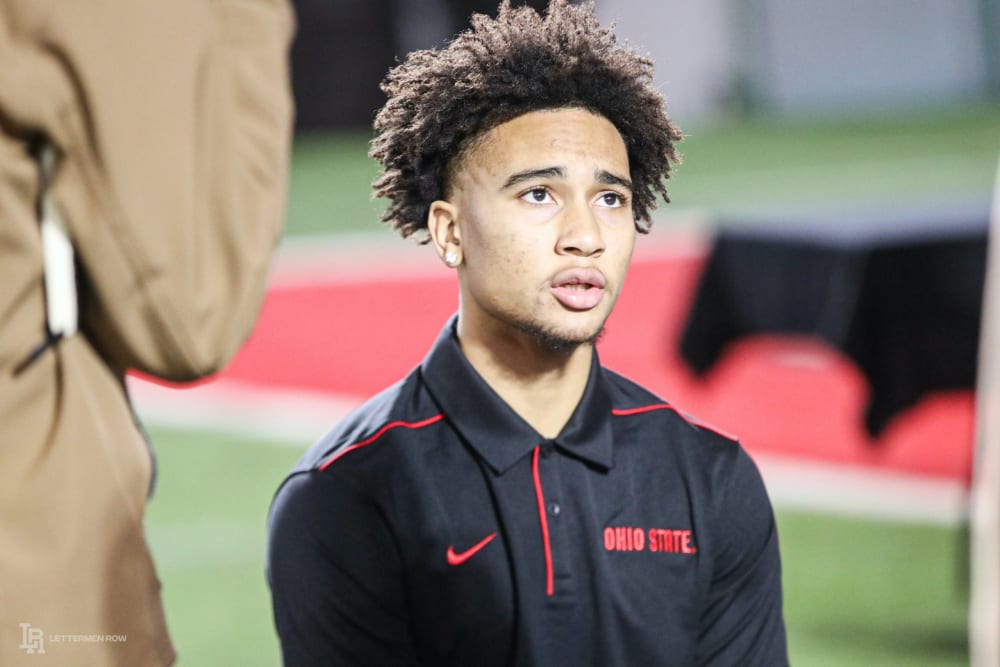 Ohio State freshman C.J. Stroud was just getting started with the Buckeyes before the shutdown. (Birm/Lettermen Row)

The Buckeyes were planning to turbocharge the process during March and April, potentially allowing Stroud and Miller to compete for the backup job right away thanks to the head start in spring camp. But that’s certainly not going to be as easy to do right now with Stroud back home in California, Miller in Arizona and no Ohio State receivers around for either of them to throw to when they have opportunities to work on the physical side of the game.

Ohio State is in a position where it can probably absorb that setback relatively easily for a couple reasons. First of all, it has a proven superstar returning at quarterback in Justin Fields, so it’s not like the program is trying to break in a new starter. The Buckeyes also have a veteran in Gunnar Hoak who has a year in the system under his belt now, providing a safety net in the backup spot. And both Stroud and Miller were already impressing with their ability to understand the offense and physical tools that made them among the most coveted recruits at the position in the country, so maybe an NFL-style minicamp directly leading into training camp might actually work in their favor if that winds up happening.

Obviously there are more pressing concerns as Ohio State keeps the focus primarily on the health and well-being of the roster before worrying about the football aspect. But when it does come time to fire up FaceTime and talk about the game, the most important connections on the roster are surely with the young quarterbacks and four freshmen wide receivers who could be in line for key roles right away.

“The ones with the most room [to grow], they need to throw and catch,” Day said. “I thought we got a lot in with those three practices, but we were just getting started. Certainly very disappointed we weren’t able to get out there and develop the young guys and also enhance our scheme on both sides of the ball. So, we’re just going to have to do a great job of that this summer. The good news is there are a lot of guys out there who have played a lot of football. The receiver position is probably the most inexperienced, so we’ll have to do a great job with that group.

“I don’t know if it’s a concern as much as it’s just disappointing that they weren’t able to get those practices under their belts. But it is what it is, and it’s the same for everybody else around the country. Hopefully we can recoup those at some point.”

The quarterback competition is eventually going to resume back on the field at the Woody Hayes Athletic Center. The reality is that it’s still ongoing, and getting an edge in the virtual classroom might pay off for either C.J. Stroud or Jack Miller by the summer.

Scarlet Sunrise: No positive COVID-19 tests for Ohio State football
How Jameson Williams can use speed to help Buckeyes
Advertisement