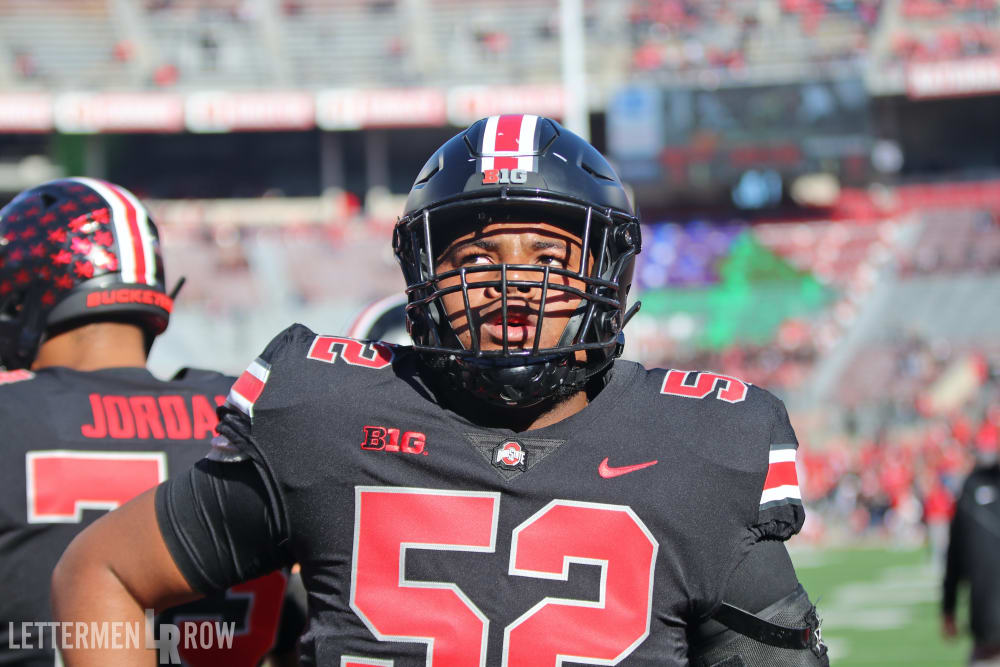 Ohio State freshman offensive lineman Wyatt Davis has already seen more playing time for the Buckeyes this season, but he will assume the full-time role at guard for the postseason after Demetrius Knox's season-ending injury. (Birm/Lettermen Row)

After cruising to a 23-point victory over Michigan, Ohio State claimed their second-straight Big Ten East title and again represents that half of the conference in the Big Ten Championship game against Northwestern this weekend in Indianapolis.

The Buckeyes, however, did not leave The Game unscathed as Demetrius Knox will be out for the postseason after suffering a broken foot. With that being the case, freshman Wyatt Davis will move into that spot in the offensive line after already earning some reps earlier in the season.

For full coverage of the Ohio State Buckeyes as they gear up for Indianapolis, stick with Lettermen Row all week long. Our staff will be at every media availability, and both press conferences with Urban Meyer can be streamed live right here and across all social platforms.