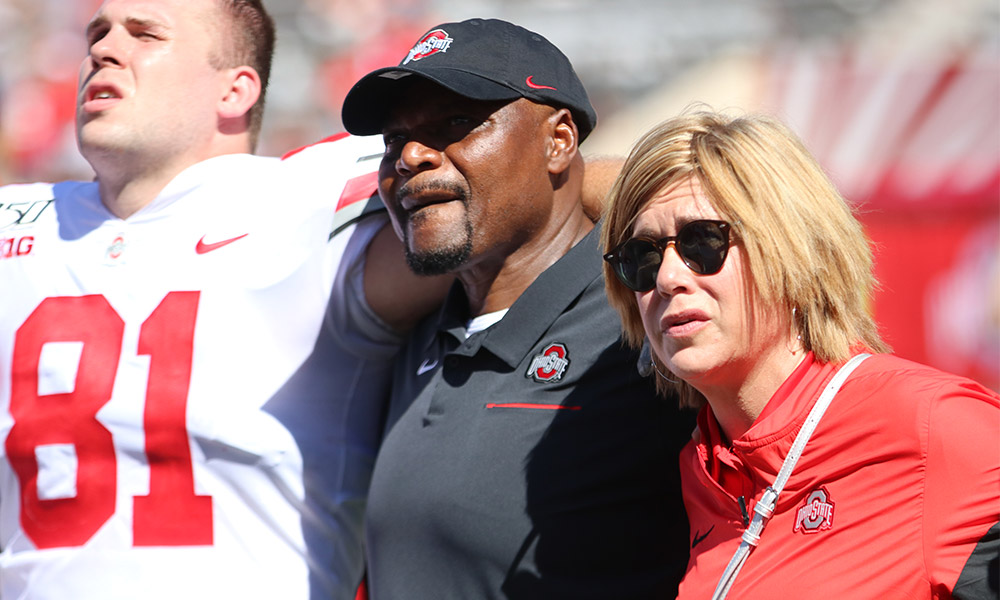 There were multiple connections between the departments at Ohio State and Alabama that made it easy to joke about the potential of scheduling an historic home-and-home series between the two powerhouse programs. But how could they actually make that reality?

The Buckeyes had already gone three decades without a regular-season matchup against an SEC team. The Crimson Tide have generally favored neutral sites for their marquee showdowns. And that didn’t even take into account the potential risk to a playoff resumé by playing such high-level competition and coming up short, all of which made for what appeared to be an unlikely fit for future dance cards.

Then the ice started thawing. And by last October, Sabau had a real sense that a deal could be made — one that works for Ohio State, Alabama and maybe even the entirety of college football.

“I guess it’s a big deal, huh?” Sabau joked after the 2027 and ’28 games were announced on Thursday. “Honestly, I haven’t ever really thought the importance of getting it done other than just what kind of pleasure and experience and opportunity this will be for our student-athletes and our fans. Obviously it has historic value, I think I need to pause just to have that sink in for a minute. But honestly it was just trying to do something that we hadn’t done in a long, long time. 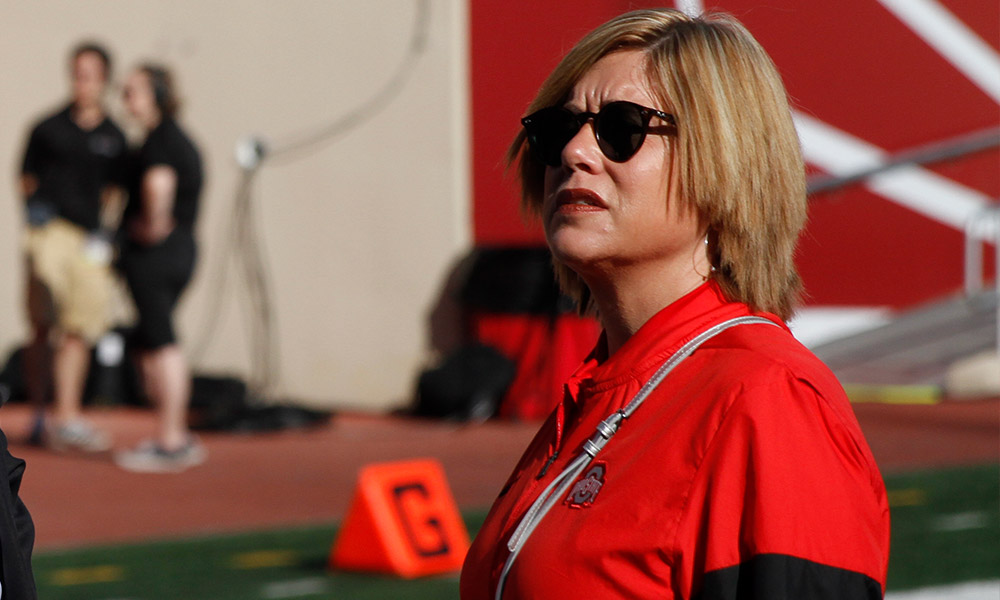 “Traditionally the SEC was not on our menu of non-conference games. Truly, when we announced Georgia and got that deal done about a year ago, that kind of opened the door to working with the SEC. We started talking about with Alabama, and it was probably casual a few years and maybe more of a joke. But when we really came together and said: ‘What do you think? Do you want to do this? This would be massive for the game? We should really, seriously do this.’ It just kind of blossomed from there.”

Sabau and Gene Smith have long been on board with beefing up the non-conference slate for the Buckeyes, and the results are clear to see with a docket that also includes Georgia, Texas, Notre Dame, Oregon and Washington over the next decade. But Alabama is undoubtedly the headliner, and Ohio State needed their counterparts in Tuscaloosa on the same page to actually make the series a reality.

Crimson Tide athletic director Greg Byrne and deputy Finus Gaston saw the same benefits that Ohio State did. And they all backed it up financially, agreeing to exchange money for each team’s visit and establishing the largest cancellation penalty in Ohio State history.

“We wanted to do something totally different,” Sabau said. “Usually when you have a home-and-home, you don’t exchange financial resources. Each school just benefits from being at their home stadium that one year. But Ohio State and Alabama said: We’re going to agree to pay each other $1 million as a visiting team just to help out with expenses. It’s expensive to travel a football team and it’s expensive to travel everything that comes with that. So, we’ll help each other out with that, and the net of that is zero, nobody comes out ahead, but it does provide a little bit of ease.

“Then, really, we knew we were serious when we said: We’re not backing out of this. We’re making sure this comes to fruition and is executed, so we put a $3 million penalty on that. That’s something Ohio State has never been a part of … we’ve never had a penalty clause that steep. But we are committed 100 percent to the execution of this series, and we both wanted to show our investment in it.”

The benefits clearly outweighed the potential risks for both programs, and if they simply wanted another guaranteed win, those aren’t exactly hard to find for heavyweights like the Buckeyes and Crimson Tide. 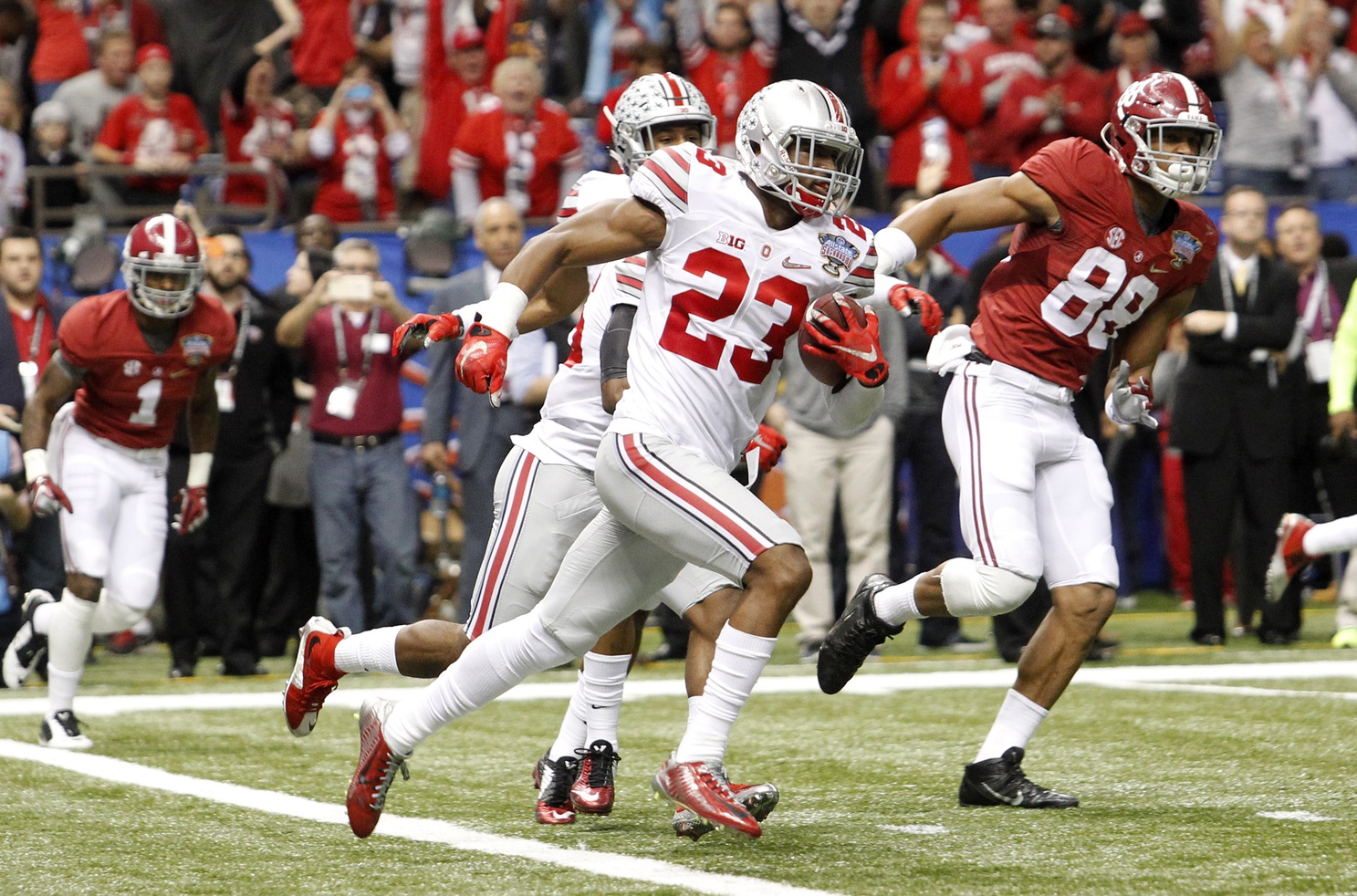 Yes, an early loss can significantly damage College Football Playoff chances for a team even if it comes against a top-flight opponent, as Ohio State well knows. Obviously a win in that game can be a springboard to the postseason as well, which the Buckeyes have also experienced. But there’s also a strong possibility that the field will be expanded beyond four teams by the time this home-and-home series actually kicks off, which should lower the risk if teams go on to win their conference championships — and that could potentially open the door for even more high-profile games like this across the country.

“You know, I can’t predict the future, obviously,” Sabau said. “And there probably will be a change in the structure of the playoff system at some point. But we could not let an unknown X factor be a part of our decision. We wanted to make sure that in this moment in time we were making the best matchup and the best decision for our student-athletes and the game of football. That meant no matter what the playoff structure was and how that looked — obviously we don’t want our season to be over by Week Three — but we felt that we needed to do this. It takes leaders and people to be bold in athletics to be able to do things like this.

“Why not have Ohio State travel to Alabama when they’ve maybe never been there? Why not give them this amazing opportunity? Why wouldn’t we want to showcase that more often? Why wouldn’t we want our players to face elite talent before they get to the postseason — and obviously there are very talented teams in the Big Ten, but this will be a humongous game that Saturday. When it comes down to it, why not have this kind of a marquee matchup be a home-and-home on each others campus, right?”

Sabau has helped schedule plenty of other big-time games for the Buckeyes, and the program has quite the tour of the college football cathedrals lined up moving forward.

And while Sabau didn’t want to elevate any one opponent over another and Ohio State is proud of the entire schedule is building for the future, it’s also hard to deny the significance of a home-and-home series with Alabama.

“It’s really what’s best for the game,” Sabau said. “It was a little heavier lift than usual, and it took a little bit of time. But it was worth every minute of it.”

The jokes are all over now. Let the countdown to the Sugar Bowl rematch begin.

Continue Reading
You may also like...
Related Topics:Featured, Diana Sabau