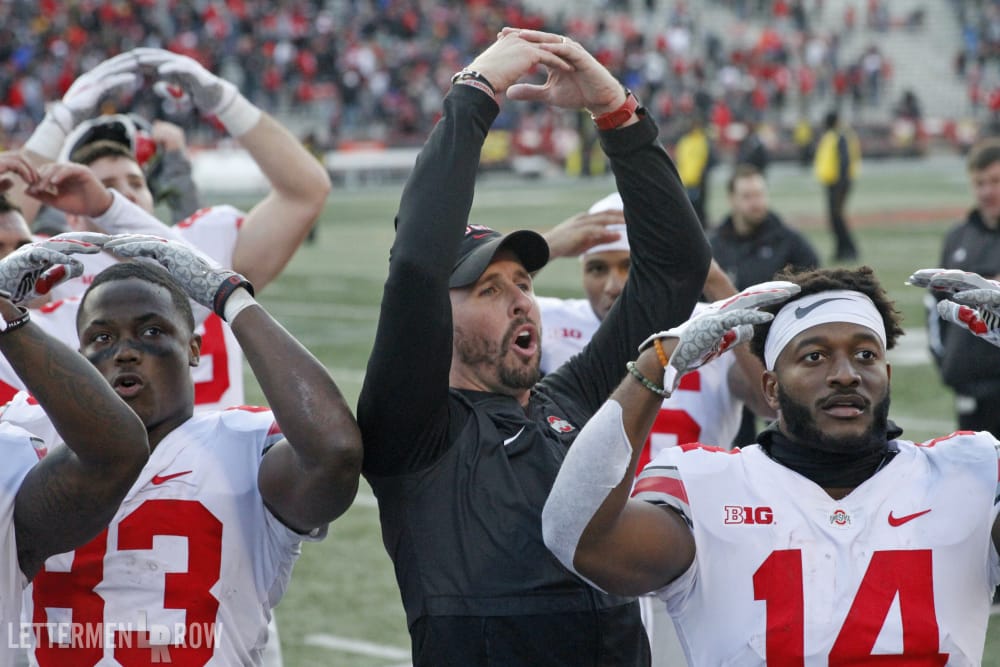 Brian Hartline is a young, energetic coach that understands what Ohio State is all about. (Birm/Lettermen Row)

On Saturday, Ohio State announced that the interim status was gone and Hartline would be the school’s full-time receivers coach, removing the tag connected to him since the summer.

It was a predictable move for Day, but that doesn’t mean it wasn’t an important one. Hartline’s contributions as a coach and a recruiter throughout the last four months have been substantial.

“Brian is a terrific young coach and mentor to our players and I am thrilled he is on our staff permanently now,” Day said in a school release. “Brian was displaying outstanding leadership qualities when he was a quality control coach, and his efforts coaching the wide receivers this season are a huge reason we are Big Ten champions and headed to the Rose Bowl.”

The wide receivers group at Ohio State has been among the country’s best this season, led by three fifth-year senior captains. But the group seemed to take a step forward under Hartline’s tutelage. The former NFL wideout brought a technician’s mindset to Zone 6, and it paid off on the field for Ohio State.

Hartline is well-respected and quickly becoming well-connected on the recruiting trail as well. He took over the recruitment of 4-star wide receiver Jameson Williams when Zach Smith was let go by Ohio State in July and helped bring Williams into the fold when he committed at the end of September. When Urban Meyer’s retirement was announced earlier this week, Williams was one of the first stops for Hartline, and the relationship built between those two that helped keep him solidly committed to the Buckeyes with an eye on signing in December.

“He has good [NFL] experience, and that’s all you could ask for,” 5-star wide receiver Garrett Wilson, who will enroll with the Buckeyes in January, told Lettermen Row. “All of the Ohio State receivers want to be in the shoes he was in.

“That makes it impossible to not listen to him.” 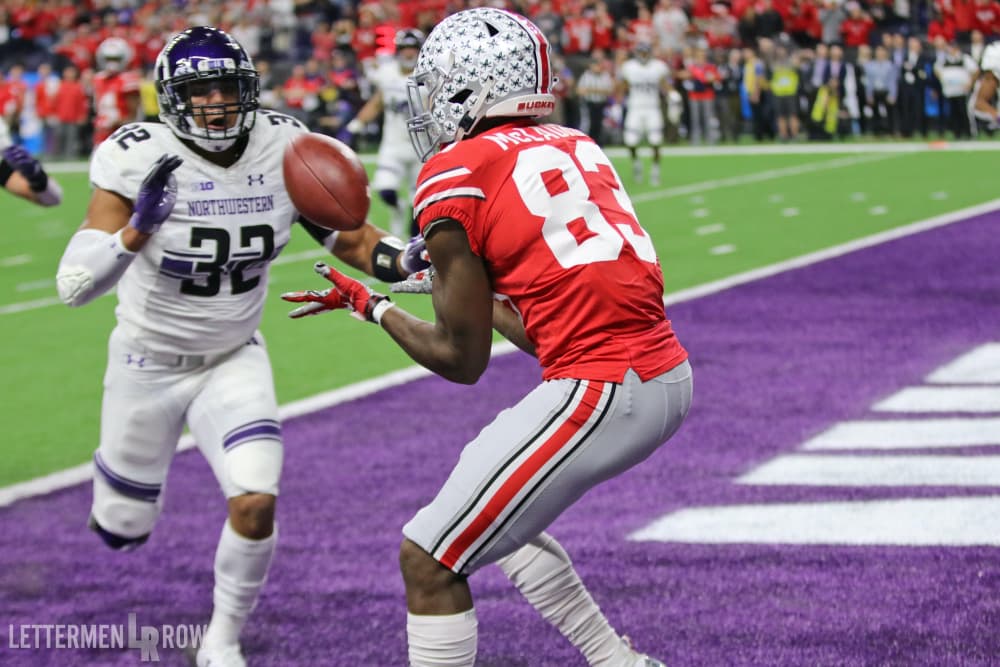 Hartline’s first season was a resounding success and lays the groundwork for a bright future in Columbus. His knack for showing up big on the recruiting trail is evident. He’s just 32-years-old and connects with recruits, not through shared musical preferences or pop culture references, but with his NFL background and love of teaching at the forefront. Every player that steps into the Woody Hayes Athletic Center wants to make it to the NFL — and Hartline knows what it takes to get there and to succeed there.

“I’m excited for him,” Ohio State 2020 commit Jaxon Smith-Njigba said. “He’s one of, if not the best, at what he does and you can see it through his guys.

It’s the young guys like Williams, Wilson and Smith-Njigba that may ultimately define Hartline’s legacy as a coach.

He’s done incredible work with the current Ohio State roster, but his mettle will be tested in 2019 and beyond. To develop receivers ready for the NFL is one thing, but to show an ability to develop leaders among men is another.

The wide receivers at Ohio State have taken the old stereotype that receivers are divas and smashed it, but Hartline will need to continue building on that, and that’s going to be the biggest challenge he’ll face moving forward. How Ohio State replaces Parris Campbell, Terry McLaurin, Johnnie Dixon and K.J. Hill on the field is a real question for 2019, along with how that group is replaced in the locker room is the biggest one.

But Ohio State doesn’t have to worry about replacing the overall leader of the unit with Hartline locked up for the future.