COLUMBUS — The wait for Binjimen Victor to figure out how to use his athleticism appears to have been more than worth it for Ohio State.

And there’s still even room for the freakishly gifted wide receiver to keep growing.

The Buckeyes certainly would have preferred if Victor had put the entire puzzle together earlier in his career. And to be fair, there are still times when the junior still looks a bit raw on the perimeter for one of the nation’s best passing attacks.

But Victor is now also showing exactly what he’s capable of with highlight-reel touchdown catches, sharper routes — and tough blocks down the field, which might be the most important to a coach like Urban Meyer.

“I’d have to say Binjimen Victor might be in that [most-improved] category,” Meyer said. “In spring [camp], he didn’t have a great spring, and he’s playing at a pretty high level.

“He’s still a little bit up and down, but when he goes, he’s a really talented guy.” 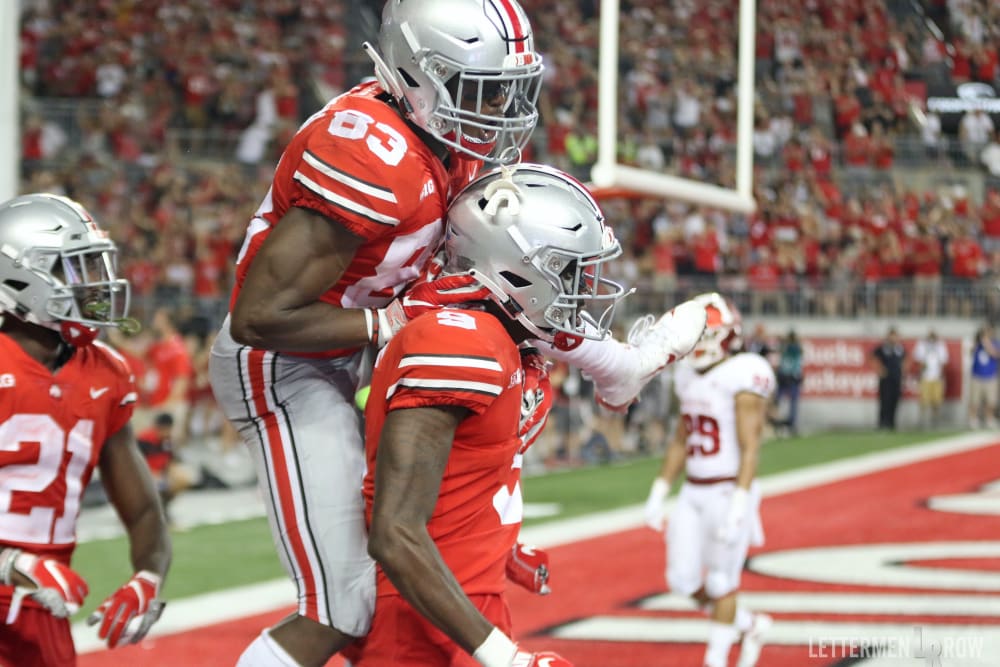 Ohio State wide receiver Binjimen Victor has been worth celebrating for the Buckeyes this season. (Birm/Lettermen Row)

There might not be another receiver with his upside when it comes to the blend of size and speed, which has long made him a tantalizing weapon for Ohio State if he could find a way to translate that potential into games. But for whatever reason, that development process just took a little longer than expected, even while Victor was making some jaw-dropping plays at times on the practice field.

His emergence has come at an opportune time for the Buckeyes with Austin Mack out for the rest of the regular season. And now that he’s contributing in the Horseshoe and in clutch situations in Big Ten games, former Ohio State wideout Evan Spencer jumped back into the film room to break down what’s making Victor such a dangerous weapon.

Lettermen Row senior writer Austin Ward contributed the editorial content for this post. Catch up on all of Spencer’s episodes of BuckIQ here or on the Lettermen Row channel on YouTube.