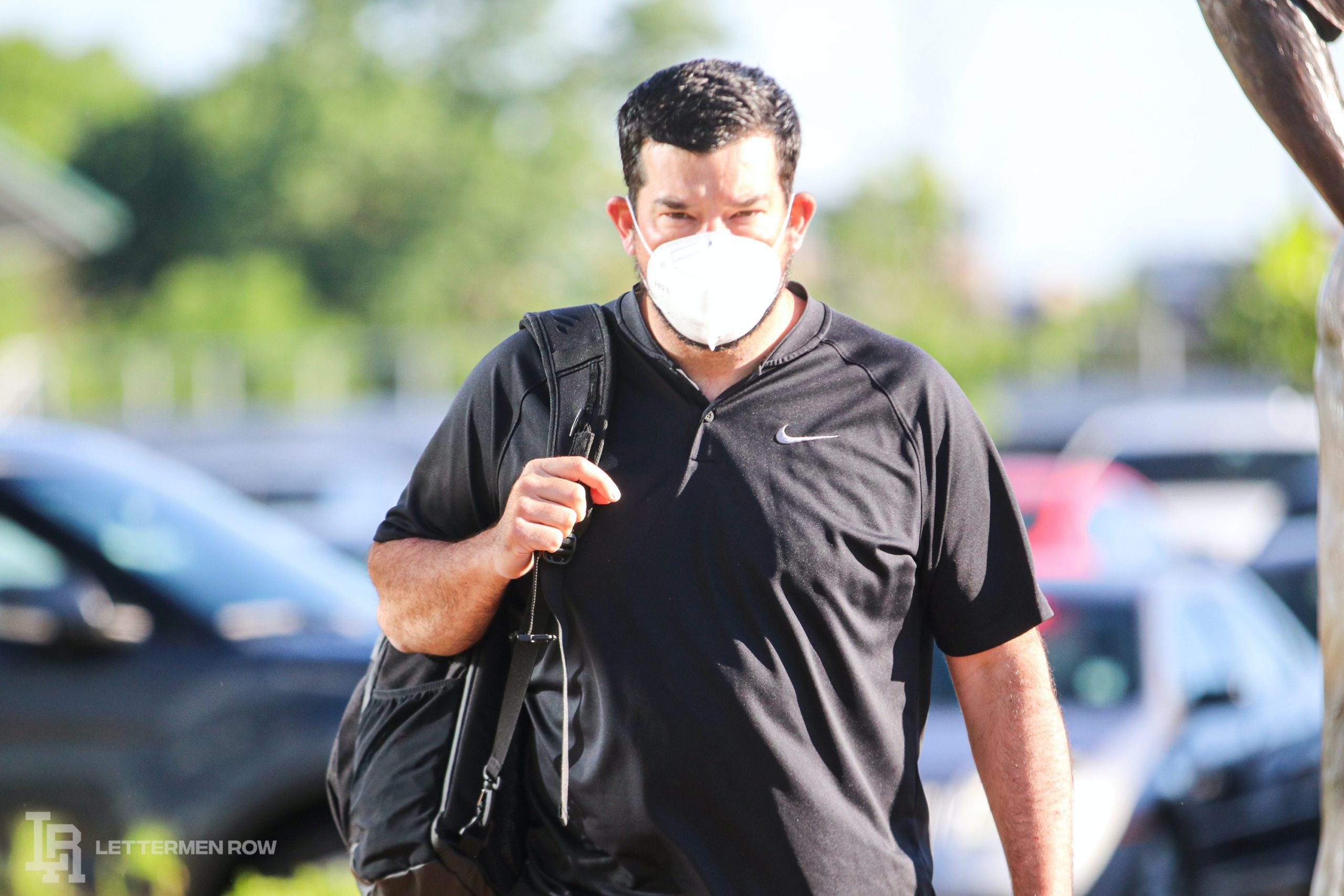 COLUMBUS — The time for meaningful decisions has arrived for the Big Ten and Ohio State.

The deadlines that were tentatively established throughout the summer during these unprecedented times all kept getting pushed back, but there’s really not much room to keep kicking that can down the road as August arrives — and brings the start of training camp with it.

Big Ten commissioner Kevin Warren suggested that the league would decide by Wednesday if it was going to give the green light for teams to start full practices on Friday as originally planned. And with that step, the league will almost certainly have to put forth some sort of plan for games this season, even if it obviously remains subject to change.

“As August 2020 approaches, much uncertainty remains surrounding the COVID-19 virus that entered our lives during the first few months of the calendar year,” Warren’s letter to Big Ten athletic directors said last week. “As the Big Ten Conference moves closer to regularly scheduled start dates for fall classes and fall sports, the unprecedented situation we find ourselves in — not only as a conference, but as a society — is inherently uncertain.

” … The health and safety of our students, student-athletes and everyone associated with our Big Ten university communities has been and will remain our primary focus.”

So, what looming issues must be addressed by the conference and teams like the Buckeyes if football is going to be played next month? Lettermen Row is setting the table for the crucial week ahead with looming questions that need to be answered. 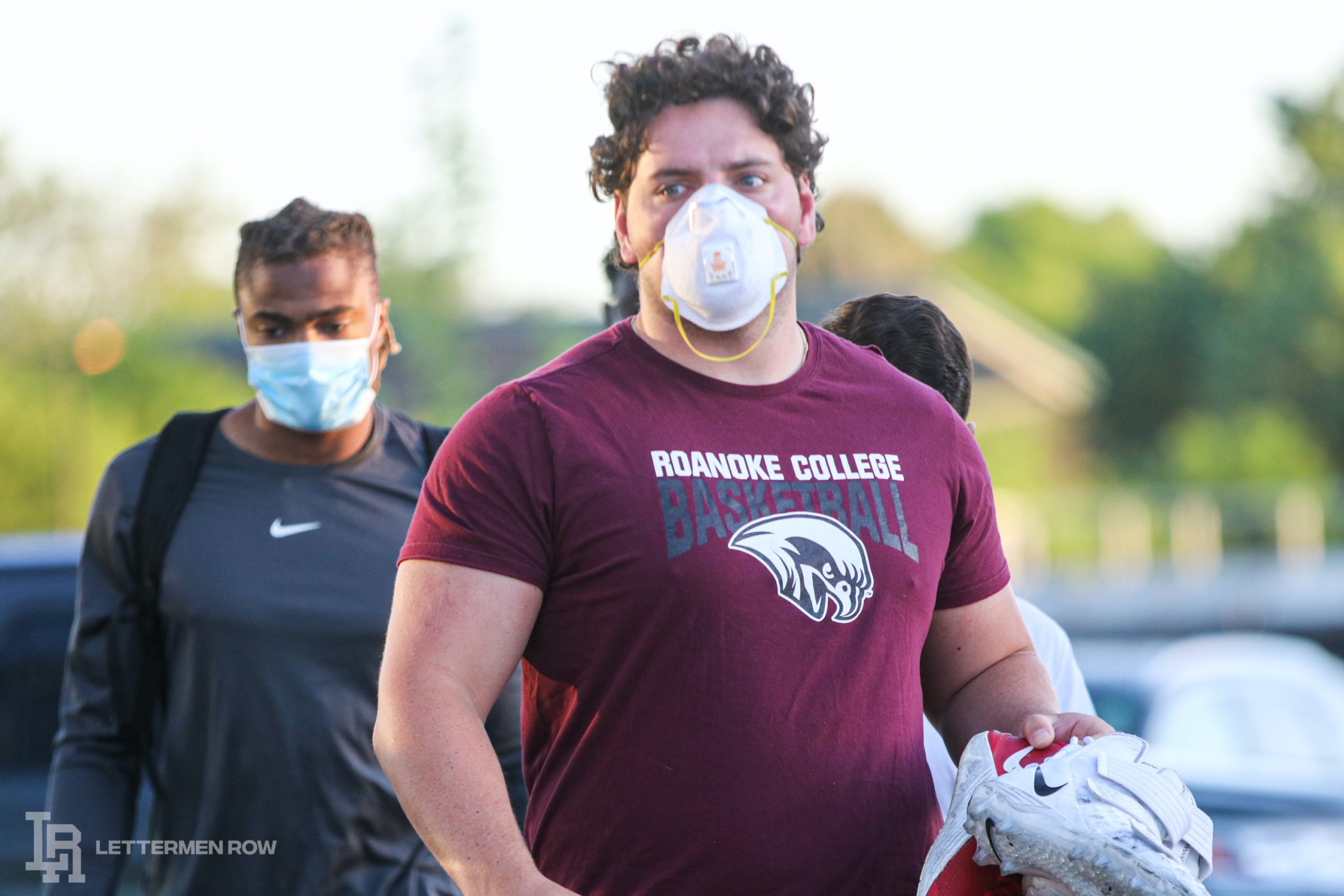 Will training camp start on time?

With every other Power Five league anticipating an on-time start and the Big 12 having already started practice, it’s difficult to imagine that the Big Ten would pull the plug on training camps across the league this week. The summer training sessions haven’t been perfect with Ohio State briefly having to shut down last month and both Rutgers and Michigan State going into full-team quarantines, but the results in avoiding positive tests have largely been encouraging enough so far around the league that it would be surprising not to take the next step from here.

It’s important that teams actually start having full-contact workouts not only to prepare for the possibility of a season, but also just to make sure that the existing protocols in place will continue to be effective once players are again competing in close quarters. If the Big Ten decides it can’t start camp this week, it would essentially be signaling that it doesn’t plan on playing football this year at all.

Where is the Big Ten schedule?

Assuming the league proceeds with training camp and confirms that decision by Wednesday, that seems like a good time to unveil the details of the conference-only schedule as well. After delaying for the last couple months in that area, the Big Ten is now a month away from the projected Week One start date and needs to start making definitive plans for what the season will look like.

Given the flexibility the conference built into the schedule, it could perhaps push back yet again — especially if it follows suit with the SEC and Pac-12 by sliding the opening kickoff back into late September. Either way, at some point it needs to unveil the matchups and allow some plans to be made for travel to road games.

Will any Ohio State players opt out of the season?

So far, Lettermen Row sources have indicated that all the Buckeyes have been participating in the workouts thus far, and there have been no players elect to sit out this season. There will be a renewed round of interest in that choice as the start of training camp arrives on Friday, and the possible boycott in the Pac-12 from players over a variety of issues could be a wrinkle that extends across the country and into the Big Ten.

There has also already been a top NFL Draft prospect at Virginia Tech decide to forego the risks of playing this season, and Ohio State has a handful of projected first-round picks who could at least considering doing the same. Since guys like Shaun Wade, Wyatt Davis and Josh Myers all have made it clear why they came back for another season, it would be a surprise to see them opt out of any chance to chase down a national championship. But this is a situation that will be monitored for every major program across the country.

How will Ryan Day tweak practice schedules for Ohio State?

There was no Big Ten media day event this summer, and Ryan Day and the Buckeyes have been working in near-total silence since spring camp was shut down in March. It’s been difficult to get much of a read on what Ohio State has been doing to prepare with Day and the players largely unavailable to the media and the limited workouts all closed, but that is expected to end this week once practice resumes.

Day has faced plenty of unique challenges already in his career with the Buckeyes, and this one he’s been facing for the last few months is certainly daunting. It won’t get any easier when he has to decide how to structure workouts, looking at everything from which units should practice against each other to deciding who should room together in the team hotel during camp. Day has repeatedly proven to be a problem-solving coach, and it will be fascinating to see and hear how he’s tackling the issues facing the Buckeyes heading into the season.