COLUMBUS — For some strange, unexplained reason, Ohio State was scheduled to start the season on Thursday at Illinois.

What was the rush?

For starters, that was two days earlier than the Buckeyes were originally slated to begin their slate back when non-conference games were still on the table in the Big Ten. And by the time the league released its ballyhooed, Jenga-style plan for the fall, it was expecting to stage games more than three full weeks before the SEC’s targeted date as it delayed and waited for more information.

Seriously, what was so urgent?

That’s just one unanswered question out of dozens for commissioner Kevin Warren and the conference presidents and chancellors who voted last month to cancel the fall season. But it’s the most perplexing of them right now, because it’s almost impossible to understand why they imposed such an arbitrary, premature, unnecessary deadline on themselves.

Yes, the Big Ten made a point during its grand unveiling early last month that there were multiple off dates and rescheduling opportunities built into its reshuffled season. It marveled at the schedule-making genius while praising the flexibility it provided, which in part was a product of kicking off at one of the earliest possible moments in September. It never made complete sense compared to what other leagues were doing, but there was at least a logical explanation — although it seemed to immediately forget all about that six days later when it crumped up the blueprint and tossed it in the trash. 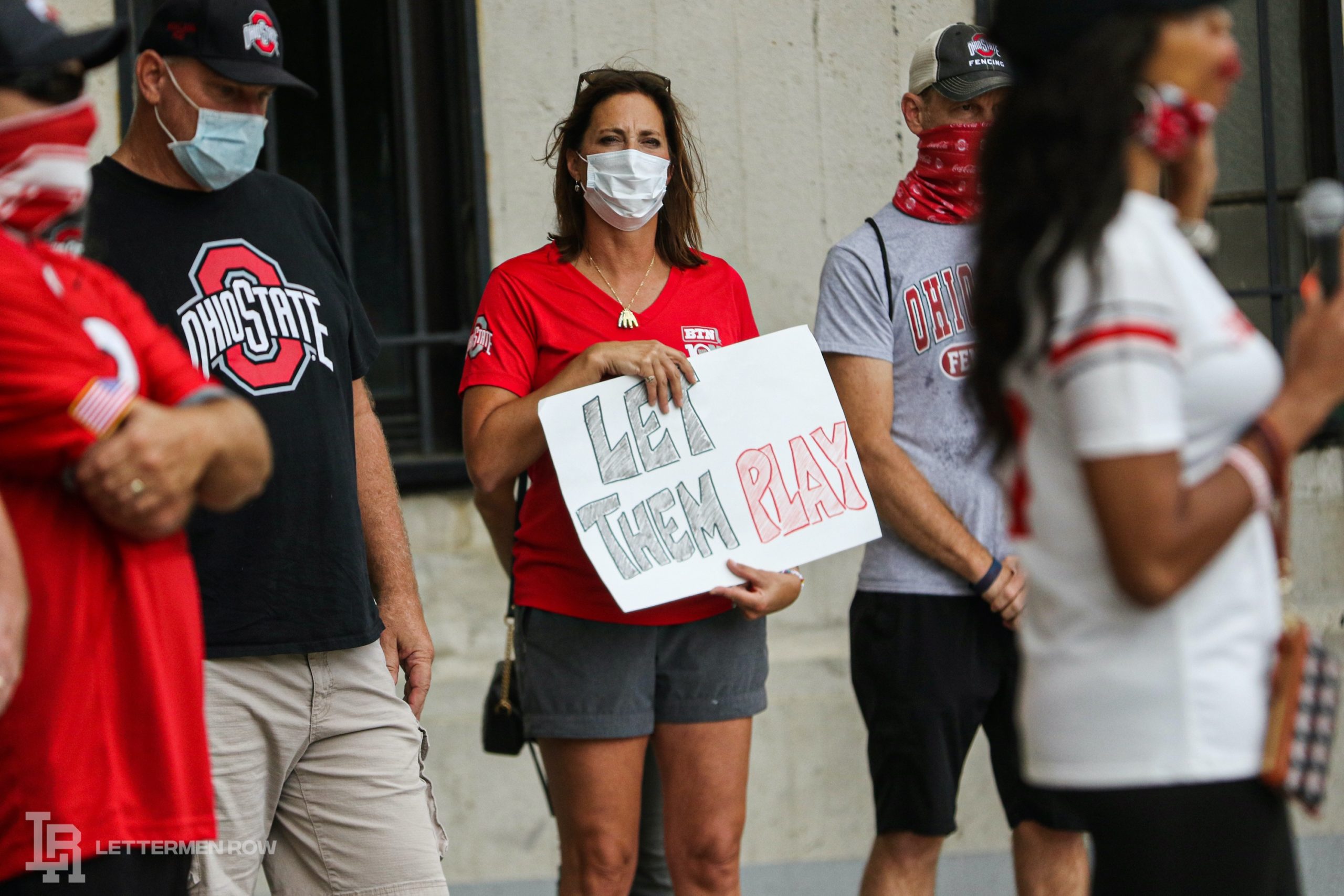 “The decision [to start on Sept. 3] was to afford us the best possible opportunity to be as flexible as we possibly can,” Warren said last month on BTN. “And that was one of the reasons why when we decided to go to a ten-game only schedule, a Big Ten-only conference schedule, it was that we’re hopeful that this builds an opportunity for us to remain as flexible as we possibly can.”

Clearly the Big Ten wasn’t nearly as elastic as it believed. Instead the conference turned into a piece of plywood, taking an all-or-nothing approach that splintered everywhere and has since been turned into a bonfire.

Protests. Petitions. Lawsuits. None of those would have been on the August docket if the presidents had simply delayed.

As an added bonus, the decision-makers would have been able to gauge how early-season games that started elsewhere last week were handled, had a chance to watch the NFL operate without a true bubble for the same sport — and would have known that it could ramp up testing almost to any level it wanted once the cheaper, faster, saliva-based kits became available. Maybe getting hands on upwards of 250,000 tests would have seemed like a daunting challenge to tackle, but the White House offered to help solve that this week as well.

Had the Big Ten simply waited, it’s hard to imagine how it wouldn’t be on track to play either this month or by Oct. 10. That latter date, of course, is now being targeted and put up for discussion with a potential vote as part of ongoing Return-to-Play planning, though Lettermen Row sources have indicated there’s still not a definitive timeframe for when that might occur.

Now, though, there actually is a rush. But it didn’t have to be this way. 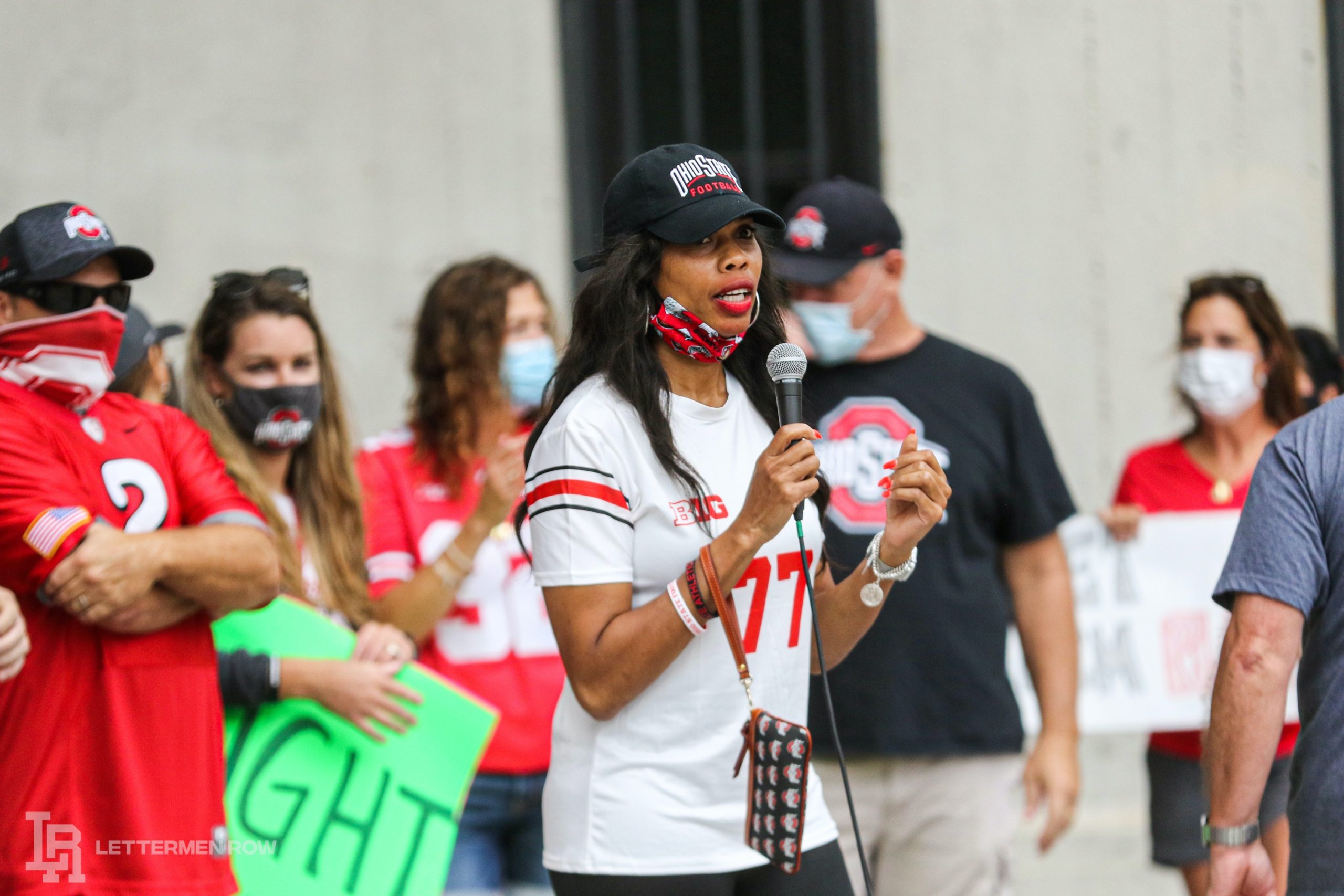 The league simply could have halted training camp in August, continuing to allow 12-hour workweeks like Ohio State is already using right now while waiting for a green light to put on full pads. It could have triggered its fancy failsafes in the revamped schedule, moving around or even cancelling the matchups for the first three weeks. (Hey, a 10-game season would have been great, but nobody would have missed Ohio State dismantling Illinois and Rutgers.) And it could have still issued cautions that if the situation got out of control that it might eventually have to pull the plug on playing.

If it had done all that, it’s hard to imagine the Big Ten wouldn’t be on track to get on the field this fall. But there’s honestly still time to salvage it. The only real difference between reality and the road it didn’t take last month is that now the presidents have to change their minds and admit a mistake.

The Big Ten boxed itself in with a self-imposed deadline that forced it into a hasty decision. But there’s an escape hatch available to it, and it’s a certainty that all will be forgiven if the presidents reverse course.

Truthfully, Ohio State and Illinois should have never been scheduled for Sept. 3. Nobody in the league really should have been playing in Week One if the goal was to provide the best, safest chance for a season.

But this weekend can still be a turning point for the Big Ten. This time, there’s actually good reason for a little urgency.