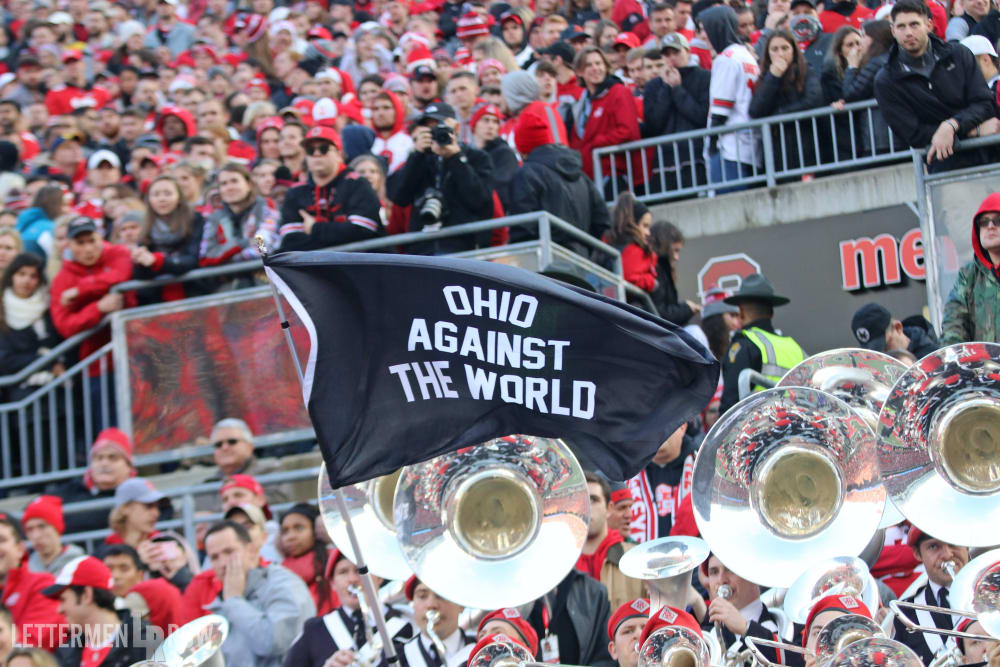 Trying to watch Ohio State in the Big Ten Championship this weekend? Here's how to not miss a moment of the Buckeyes-Wildcats. (Birm/Lettermen Row)

For the first time in nearly 10 years, Ohio State football has the opportunity to win at least a share of the Big Ten title in back-to-back seasons and can win it outright for the second-straight year. As many Buckeyes fans, the players and the staff know, though, there is much more at stake this weekend across the country outside of the conference championship.

After the latest College Football Playoff rankings were released Tuesday evening, Ohio State was able to gain some ground thanks to the thrashing of Michigan and moved into the No. 6 spot. The Buckeyes currently sit outside of the Top 4, but will likely move up to at least No. 5 after the weekend with Alabama and Georgia playing one another in the SEC Championship. That said, Urban Meyer and Co. will likely be the topic of debate with Oklahoma if the Sooners avenge their early-season loss to Texas Saturday as to whom should be the final team in the playoff.

However, there is still one important thing Ohio State must do to even make all of that possible: beat Northwestern.

So if you’re going to Indianapolis, watching on TV or listening to Paul Keels on the radio, we have all of the viewing information you could need to not miss a moment of Ohio State-Northwestern in the Big Ten Championship game.

The Buckeyes and Northwestern kickoff at 8 p.m. ET on Saturday, December 1.

The line: Ohio State is a 14-point favorite, per The Action Network

What TV channel is Ohio State-Northwestern on?

The Buckeyes-Wildcats game will be televised nationally on FOX.

How can I watch Ohio State-Northwestern online?

The Buckeyes-Wildcats game can be streamed online via Fox Sports GO.

How can I listen to Ohio State-Northwestern on the radio?