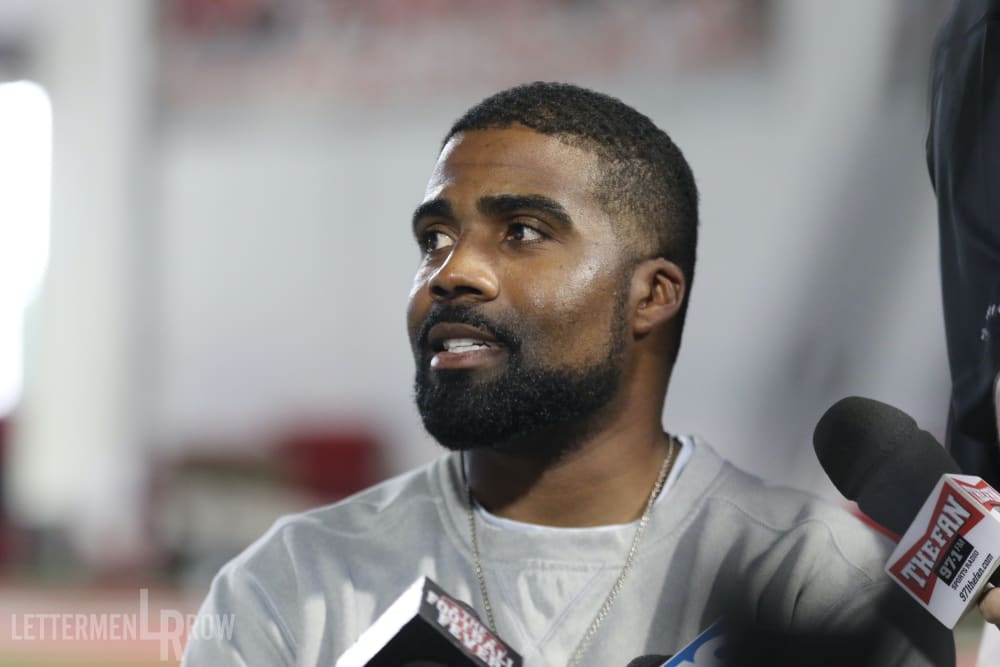 COLUMBUS — Finally, the Ohio State linebackers are going to have something else to talk about.

The struggles over the last two seasons, the change in schemes and their motivation to get back to the program standard? The conversation is just about to change with the opener a little more than a week away for the Buckeyes.

For worse or probably better, the Silver Bullets just get to let their play do the talking and potentially show that all the growing excitement about that unit is justified coming out of training camp.

“I’m proud of them,” new linebackers coach Al Washington said. “I mean, all you can judge them on right now is how they’ve worked. How are they now compared to January? And that’s not just football, but off the field. Academically, they’re doing excellent. They show up on time. When they’re in the weight room, it’s not going to be any other way, they work their tails off. In the meetings, they take notes. They get out here in practice, they work. If something is wrong, they get it fixed.

That time has almost arrived for the Buckeyes. What should be expected from Washington and the linebackers heading into the opener next week against Florida Atlantic? Here’s what Lettermen Row took away from conversations with those guys after practice this week at the Woody Hayes Athletic Center.

By the tight-lipped Tuf Borland standard, just conceding that he wasn’t fully healthy a year ago qualifies as a major development. So, when the Ohio State captain actual compared the way he feels right now to what he dealt with in training camp a year ago, neon signs should have been flashing above his head.

“I mean, it’s night and day,” Borland said. “I feel a huge difference and I’m just excited for the upcoming season.

“I feel great. I have a whole winter, spring, summer all under my belt. Feeling completely ready, completely healthy and just excited for the season to start.”

Again, Borland isn’t one for making excuses or providing many personal details, and the hard-nosed grinder never will be. But the reviews from a new coaching staff have been overwhelmingly positive for what the redshirt junior can bring to the Buckeyes in the middle of the defense, and he’s clearly still got the support of his teammates after being voted a captain for the second time.

“How does Tuf do it?” Washington said. “Watch the tape. Come in with me and watch the tape. That kid is a warrior. He gets to the ball.”

The criticism directed the way of Pete Werner didn’t go unnoticed, and it’s been filed away by the outside linebacker heading into what looks like his second season as a starter.

Werner didn’t deny that there were occasional growing pains a year ago. But they might have been overblown considering the improvement he showed over the course of the season, a couple of critical plays he delivered in big games and the fact that the coaching and scheme were much bigger problems a year ago.

“I mean, I don’t really care whether I get credit or not, honestly,” Werner said. “But if I’m out there, I’m going to do the best I can to help us win. I thought I was playing a lot better because it wasn’t like I was that guy out there playing for the first time, you get a feel for things, you get your steps a little bit faster and you read your keys a little bit better.

“Everybody is going to play a little better when they have games under their belt.”

Seeing the physical potential Baron Browning brings to the table has always been the easy part. Channeling into productivity at linebacker and finding the best way to deploy him has been where it’s been trickier for one of the highest-profile recruits at the position over the last couple years.

Browning has occasionally bristled at the notion of sticking at middle linebacker, but the shift that effectively makes that position interchangeable with a weak-side linebacker in the new Ohio State system might be just the tweak he needed.

“I think it’s more about just me putting more time into my playbook and staying in the hip of Coach Washington and having my teammates helping me,” Browning said. “Just been controlling what I can control and taking one day at a time. Just listening to everything the coaches have been telling me.”

At some point, it’s inevitable that Teradja Mitchell is going to crash the lineup at linebacker. Ohio State is loaded with veteran options, and that’s made the competition for playing time fierce during camp — and encouraged the notion that Washington might use six or seven guys in a rotation.

With his hard-hitting, relentless, aggressive approach, Mitchell certainly looks like he needs to be part of that crew in some capacity. That didn’t happen last year while he got his feet wet and chipped in on special teams, but it’s hard to imagine that it can be delayed much longer at this point.

“I’m not sure, that’s the coaches’ decision,” Mitchell said. “Us players, we just go hard. When our name is called, we’re ready.

“Coming in last year, I was just working hard, working hard to get on the field any way I could. Special teams, that was the way for me. I just produced as much as I could on special teams — kickoff, punt, punt block, whatever they asked, I just went as hard as I could. This offseason, I just kept working hard, got in the playbook, learned the playbook and just helping the linebacker unit produce this year.”