COLUMBUS — Noah Potter was not a must-have, five-star recruit for Ohio State.

He wasn’t a first-year starter, and he hasn’t been a superstar for the Buckeyes from the first minute he stepped on campus. So, his Ohio State experience has been nothing like what Chase Young’s first season in Columbus.

“He’s been a great help to me,” Potter said. “He was my roommate when I first got here, and he’s just been helping me with whatever I need, pass rushing and just helping me get acclimated to college life.”

Now everything is about to change for Potter. The superstar Young is gone to the NFL. The defensive line as a whole will have to pick up the production that leaves with Young. Tyreke Smith, Jonathon Cooper, Zach Harrison, Tyler Friday, Javontae Jean-Baptiste can all have an impact on the defensive line, and that’s just on the outside.

Oh, and Noah Potter will be there working to crack the rotation. He feels he has taken the right steps following his first season with the program. 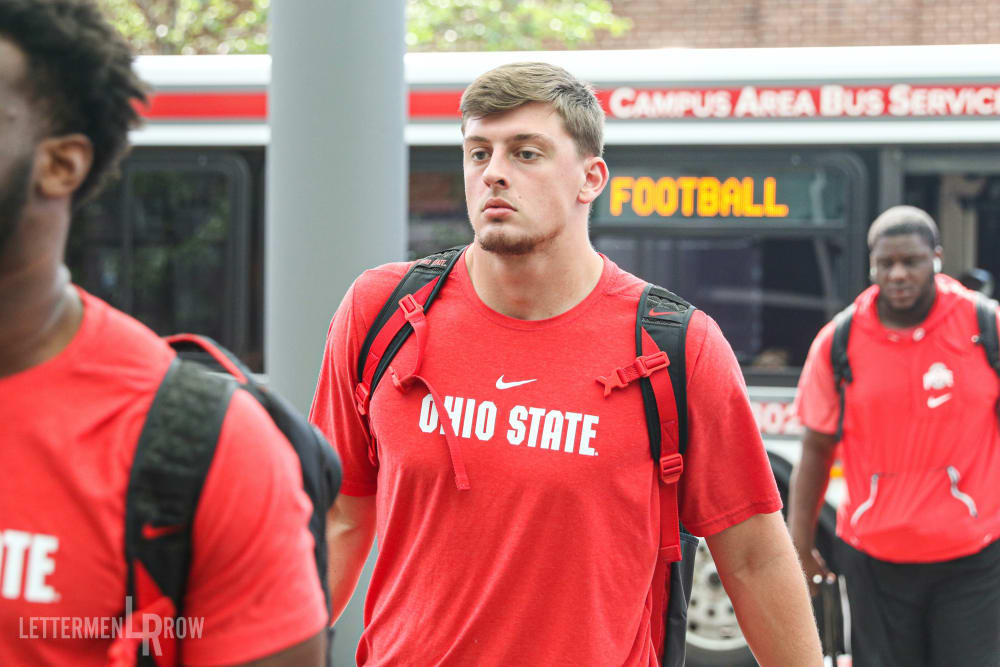 Noah Potter can develop into a contributor for Ohio State. (Birm/Lettermen Row)

One thing Young couldn’t help Potter become acclimated to was the lack of playing time and working through a redshirt season. Young was destined to be a three-year player before he even got on campus. Potter wasn’t. During the season, Potter had to make the most of the Sunday-to-Friday grind and watch on Saturdays.

It wasn’t easy, but he is already learning that the process had its benefits.

“Obviously, you want to play right away as a freshman, but you just trust the process and keep getting better and stronger as your freshman year starts,” Potter said. “Trusting in the coaching staff and knowing your place on the team.”

Potter, the rest of the defensive linemen and everyone who watched Young know what it’s going to take to replace the most dominant defensive end in Ohio State history. But with potential superstars such as Cooper and Smith, along with role players surrounding them, the Buckeyes should be able to have success again next season up front.

And if Potter continues to grow and use what he learned after a year of watching Young, he might find himself in the rotation.

“I got some work to do, but I definitely think I can contribute,” Potter said. “If I keep doing what I’m doing, I think I’ll have a good chance.”