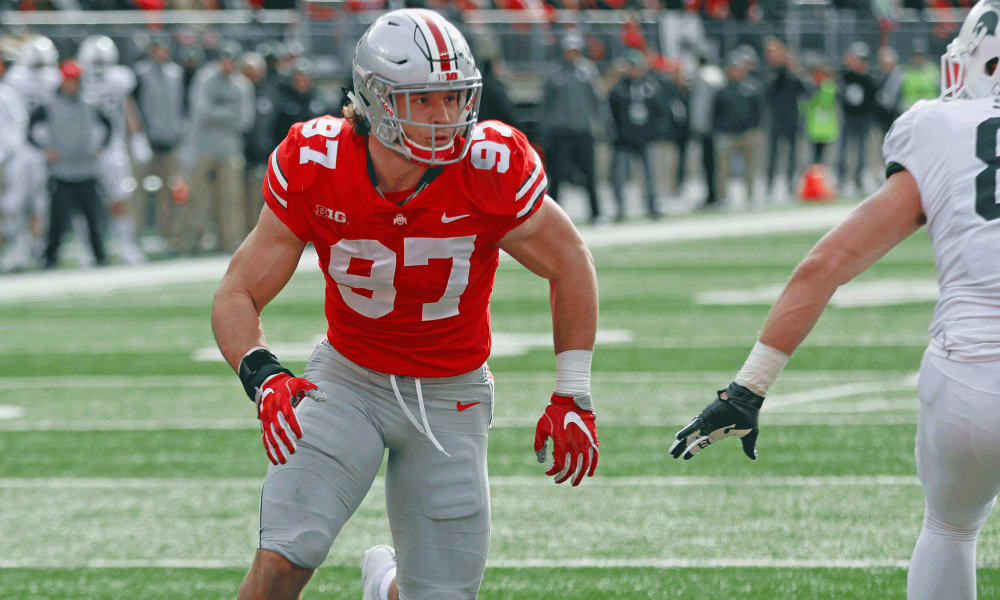 COLUMBUS – Ohio State junior defensive end, Nick Bosa was named as a first-team All-American by the Associated Press on Tuesday. The Buckeyes superstar is one of six different players from the Big Ten to have made the list. Ohio State’s most decorated returning starter, Bosa has already been named to the following preseason award and watch lists:

Lettermen Row contributor, Zach Boren broke down the play of Bosa and explained what makes him such a special player. He led the Buckeyes with 8.5 sacks as a sophomore and is widely considered a Top 5 pick in next year’s NFL Draft.