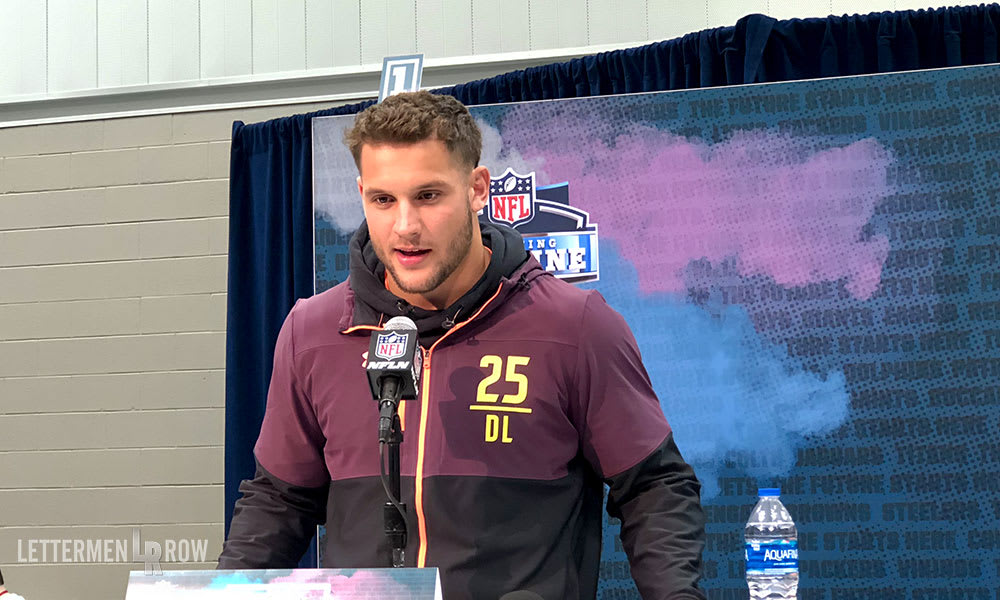 Ohio State product Nick Bosa could be the No. 1 overall pick in the NFL Draft. (Nick Clarkson/Lettermen Row)

INDIANAPOLIS — Pronouncing himself as healthy, strong and confident as he’s ever felt is one thing for Nick Bosa.

Proving it is another, and the former Ohio State defensive end is ready to leave no doubt that he should be the No. 1 overall pick with a dominant showing at the NFL Combine.

Bosa started it by publicly backing himself and flashing a smile as he called it a “big mistake” for Arizona to pass on him with the first selection. Then he went out and ripped off 29 reps in the bench press testing drill, which is a rock-solid way to show the talent evaluators that his core-muscle injury is no longer a problem.

“I’ve been talking myself up to them pretty good, so I’m definitely ready to get out on the field, get on the bench and definitely leave no doubt,” Bosa said on Saturday. “I’ve been training at full speed for a couple months, but actually feeling like myself, not feeling soreness after [workouts], that’s probably been a few weeks.

“I just want to do everything I can here to let all the coaches here, let all the teams know that I’ll be ready to go and I’ll be a good NFL player.”

There has rarely been any doubt about that potential with Bosa dating back to the day he walked on campus at Ohio State with buzz that he could become even better than his big brother Joey.

His performance at full strength not only lived up to those lofty expectations, he might have exceeded them. At least until his prolific start to his final season with the Buckeyes was short-circuited by a core-muscle injury that required season-ending surgery in September. 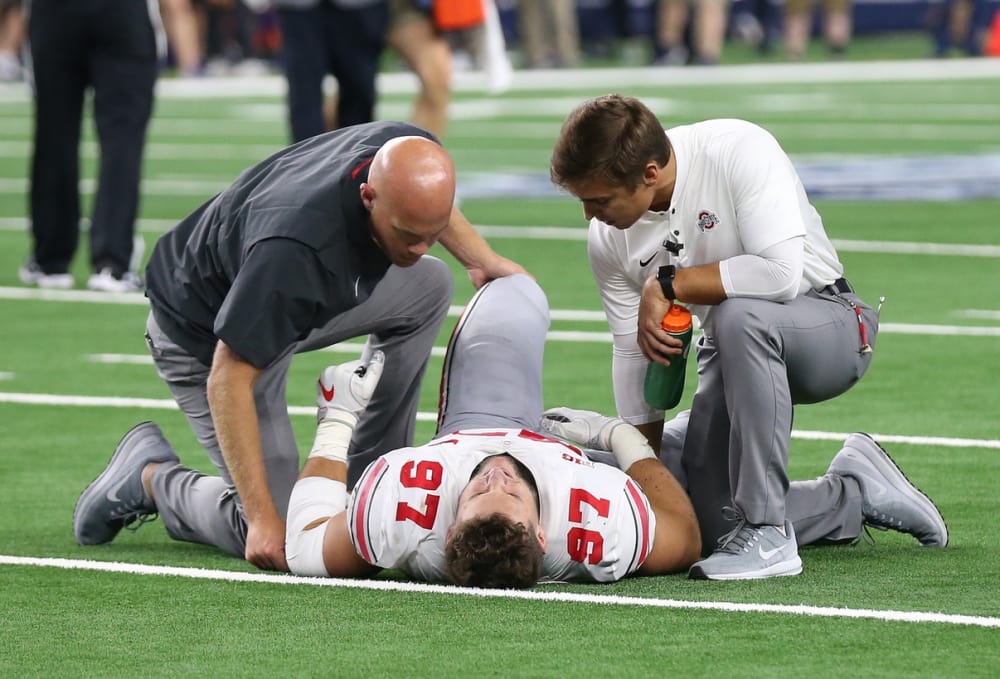 “When it happened and I got home from that TCU game, I was laying in bed and I could barely get up,” Bosa said. “It was one of the darkest moments of my life so far.

“The toughest part is just the beginning. It’s such a unique injury, because it’s literally the muscle you use to breath, to cough, to go to the bathroom. It’s a core muscle, so it’s something different than I’ve dealt with before, and it’s really gradual, small steps. So, it’s kind of frustrating, but once you get through it, I’m feeling better than I’ve ever felt right now.”

He already started putting that on display on the bench press, and the teams with top-eight draft picks all lined up on Saturday to schedule formal interviews with him in Indianapolis.

If there are questions about his health, Nick Bosa is already answering them on the field at the NFL Combine — and again building a case to be the first player off the board.

“I’m going to show it this year as a rookie,” Bosa said. “I didn’t get to show as much as I wanted at Ohio State, it was cut very short. But I’ve got a lot of football to play in my career.

“If you do draft me, you’ll have somebody who is going to improve throughout my entire career.”

Consider the Cardinals officially on notice.

Ohio State was represented on Saturday during the media portion of the NFL Combine by Nick Bosa and Dre’Mont Jones. Lettermen Row was on hand to get full video of both defensive linemen, which is available here and on our YouTube channel.