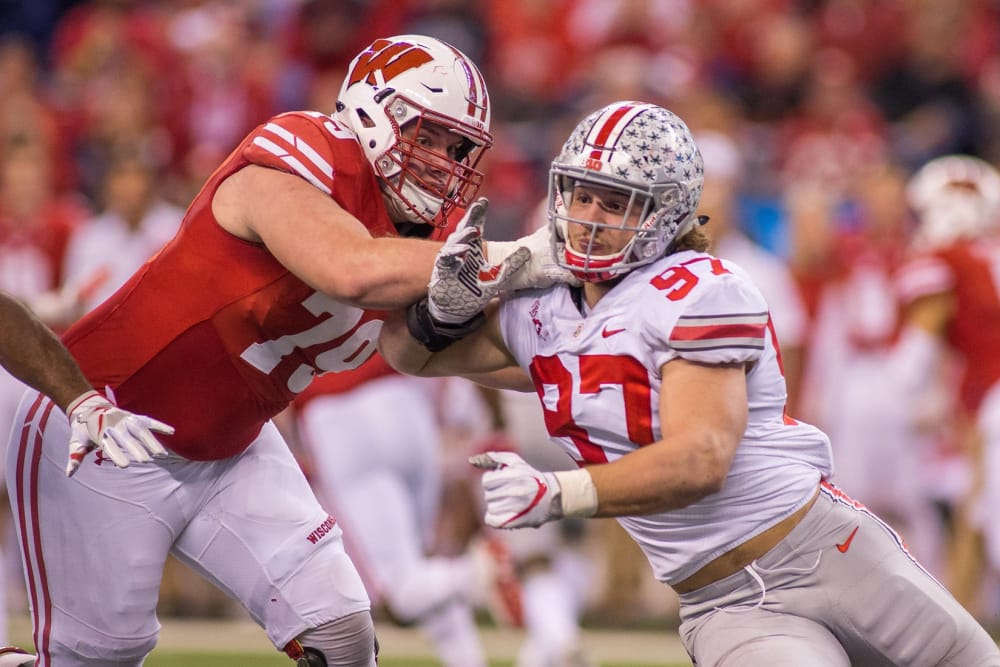 COLUMBUS — The top priority is still to be No. 1 for Ohio State defensive end Nick Bosa.

That’s a team goal, though. Not where he’s thinking about getting drafted next spring.

The star pass-rushing terror and newly-elected captain refused to point to any individual goals, shot down some of the draft buzz and did everything he could to keep the attention on the Buckeyes collectively after practice on Tuesday. And all of it is with one target Bosa is chasing.

“My No. 1 goal is to win a national championship,” Bosa said. “It’s just, there’s no reason we shouldn’t win a national championship. Sometimes I just look back at who is playing behind me on the defense, and then I see Dwayne [Haskins] throwing to our receiving corps, [see] Mike [Weber] and J.K. [Dobbins] in the backfield and our offensive line that I face every day and know is so much better than the ones I face [in games].

“It’s just like: I don’t know why we shouldn’t be playing for one.”

The Buckeyes are on the short-list of preseason contenders once again, and Bosa is certainly a big part of the reason why heading into his junior season as the reigning Big Ten Defensive Lineman of the Year.

After a grueling month of training camp and some uncertainty swirling around the program thanks to the absence of coach Urban Meyer, Bosa was clearly ready for a chance to go take the first step towards potentially winning one on Saturday against Oregon State — and let out a little frustration.

“Hate always drives you,” Bosa said. “And when people are hating, you just want to prove them wrong even more.

“But we have amazing coordinators and amazing position coaches, and they’ve taken their roles in stride. I think that’s what coach would want us to do. Keep everything normal, keep doing the same routine, everything the same way, practicing hard and focusing on getting better. … I don’t know what other way it would be.”

The approach hasn’t changed for Bosa and Ohio State. Neither has the primary goal.

Continue Reading
You may also like...
Related Topics:Featured, Nick Bosa