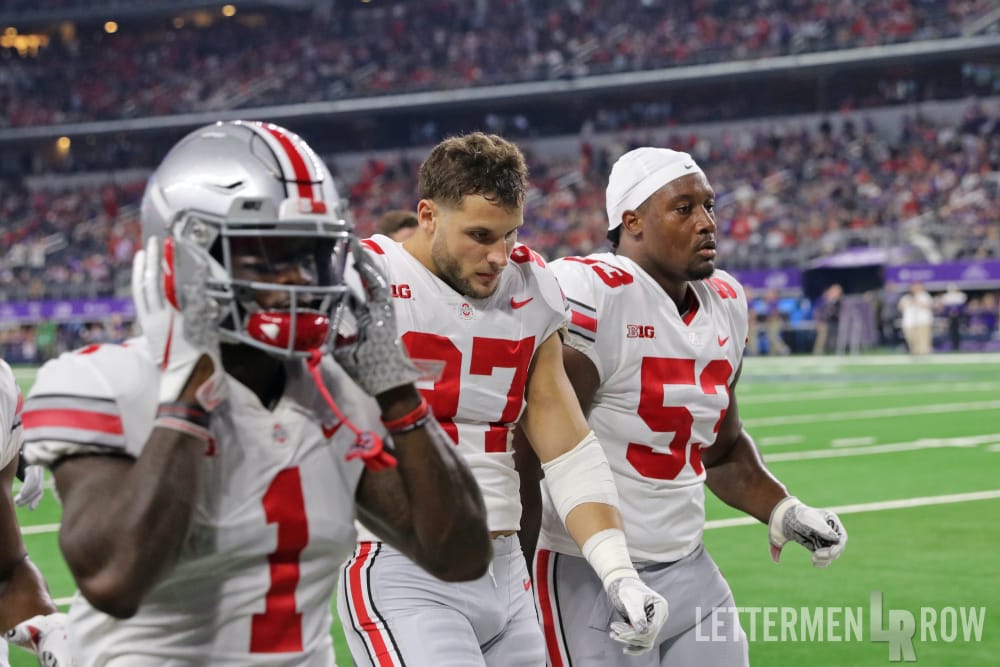 Ohio State star Nick Bosa is out for this week's game against Tulane. (Birm/Lettermen Row)

Nick Bosa will not play in the Buckeyes next home game according to Urban Meyer, who updated the media on his All-American’s condition at his Monday press conference.

Bosa was injured during the first drive of the second half in Ohio State’s 40-28 win over TCU. He did not return to the game. Meyer informed the media that Bosa will be undergoing more evaluation and tests during this coming week, but that he will not play against Tulane.

Meyer on Bosa: “He will not play this week. He’s receiving further tests on an abdominal and groin issue.”

There’s no immediate timeline for Bosa’s return. Certainly the Buckeyes would like to have him back in time for the primetime matchup at Penn State on Sept. 29. He leads Ohio State with four sacks in 2018.

Lettermen Row will have more on Nick Bosa’s injury and his expected return to the field as developments become known.