Connect with us
Ohio State tackle Nicholas Petit-Frere is battling for a starting spot along the offensive line. (Birm/Lettermen Row)

COLUMBUS — Year Three is the one that should be circled on the blueprint for Nicholas Petit-Frere at Ohio State.

There are always exceptions, and occasionally there are linemen who are physically and mentally ready for a starting job and also have a depth chart ahead of them with a clear path to playing time.

Petit-Frere has always had the intelligence part of the equation covered since he arrived as the top-rated offensive tackle in the country two years ago. But he’s had to tack on a bunch of weight to potentially hold up on the edge of the line, and he also faced some heated competition against veterans who were in no hurry to get beaten out by a younger guy.

Now, though, everything appears to be lining up in his favor. And by that third year with the Buckeyes, that’s generally when an offensive lineman should be ready to show what he can do.

“[The first two years] prepared me a lot, because I learned a lot,” Petit-Frere said. “There was such a big gap between freshman year and sophomore year, in terms of the stuff I learned and technique, stuff like that. Even when I lost the job, me, [Branden] Bowen, Thayer [Munford] and Josh [Alabi], we all learn from each other about different techniques and how to become better players no matter what. 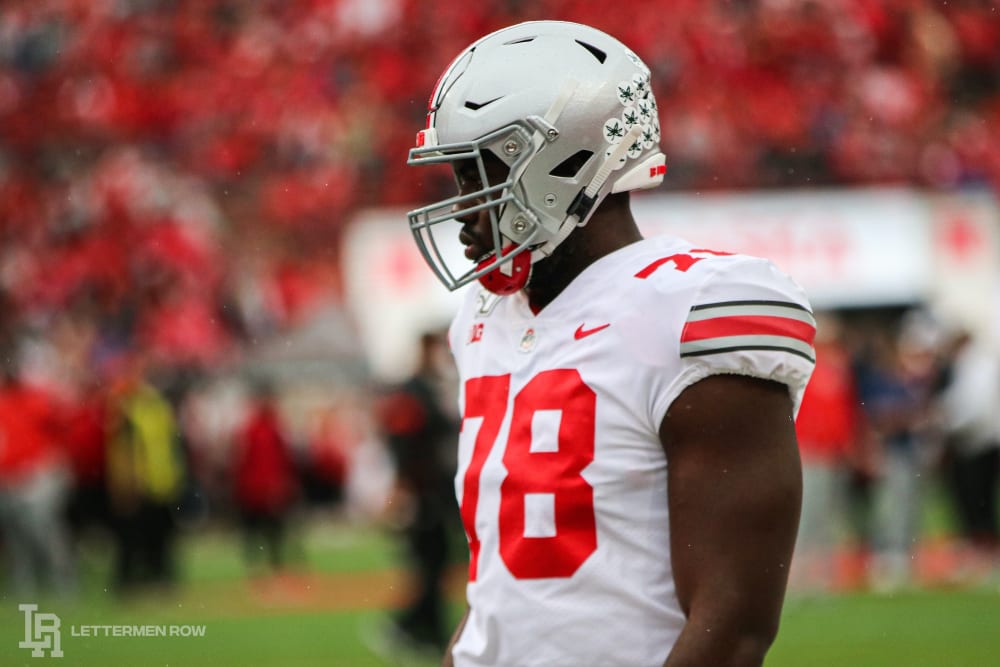 “So whatever happened, it was just a way for me to get better and learn to prepare.”

The Buckeyes have another top-ranked, five-star tackle on campus now that Paris Johnson has enrolled early, and he’s already pushing for reps alongside Petit-Frere during spring camp.

But the junior has had a taste of starting experience, he’s come off the bench in key situations for the Buckeyes and he probably is in a position where he no longer has to gulp down an obscene amount of calories every day. So, it’s Petit-Frere’s time to claim a regular spot in the lineup, and it’s right there for the taking with Ohio State.

What can Nicholas Petit-Frere potentially bring to the Buckeyes as a starter? How much as the offensive lineman developed over the last two seasons with Ohio State? What’s it like to compete against him in training camp with the program? Former Ohio State starting right tackle Branden Bowen was in the Lettermen Row film lab to answer those questions and break down some film in the latest episode of BuckIQ.