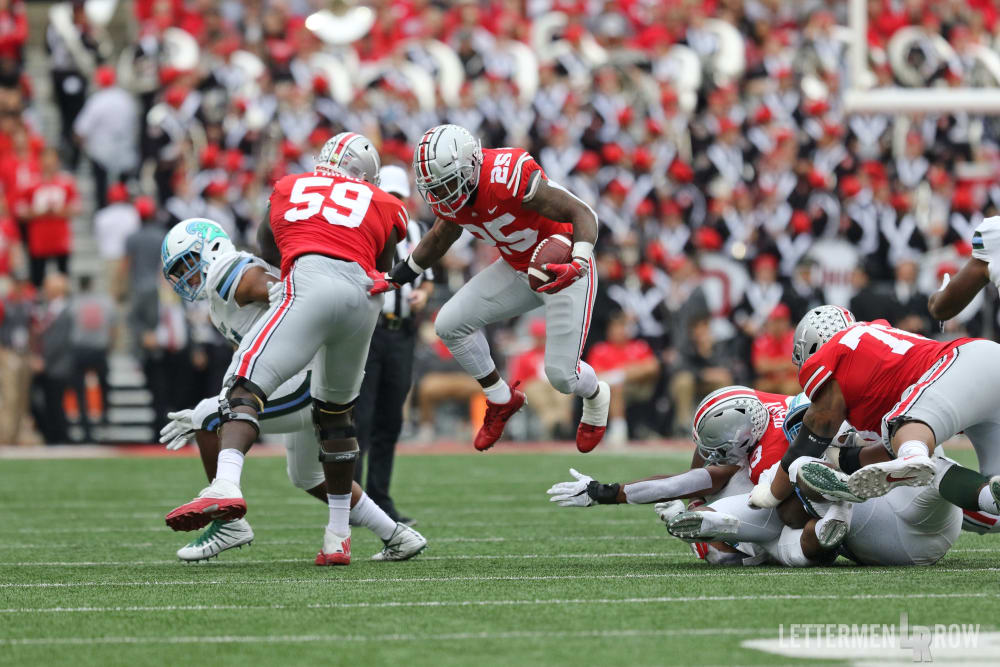 Ohio State tailback Mike Weber is key to the offense as a whole. (Birm/Lettermen Row)

The speculation, debate and conversations about Ohio State never end, and Lettermen Row is always ready to dive into the discussions. All week long, senior writer Austin Ward will field topics on the Buckeyes submitted by readers and break down anything that’s on the minds of the Best Damn Fans in the Land. Have a question that needs to be tackled, like the one today on Mike Weber? Send it in right here — and check back daily for the answers.

Buckeyes struggled to move the ball on the ground (151 yards against Tulane) after Mike Weber's injury. What's the Outlook on Weber and will the Bucks o-line and remaining backs be able to balance the offense against PSU?

Given the ruthless consistency of Ohio State’s power-spread ground game under Urban Meyer, the steady performance of champion-level grades on the offensive line and the presence of two of the best running backs in the country, it feels a bit odd to be wondering about the rushing attack. But it’s certainly a fair question for the Buckeyes as they get prepare to head to Penn State, particularly if Mike Weber’s foot injury becomes a nagging issue and forces an adjustment to a rotation that is working for both him and J.K. Dobbins.

So, are there legitimate concerns for Ohio State about that facet of the attack?

First of all, the Buckeyes had no reason to push Weber back into action in a rout of Tulane and he’s expected to be ready to go against the Nittany Lions. His second half spent in street clothes after just six carries last weekend was merely a precautionary measure, and Weber should be fresh and fired up for a normal workload on a primetime stage.

As for Dobbins and even the quarterback rushing attack with Dwayne Haskins, the Buckeyes were a little pedestrian by averaging just 4 yards per carry against Tulane. Considering the level of opposition, that was a bit strange to see — but it’s more of a reminder of how the offense has evolved rather than something that would cause any panic for the coaching staff.

For the first time under Meyer, Ohio State is capable of unleashing a pass-first offense that always need a defensive box loaded against the run to succeed through the air. In the only true test of the young season so far, TCU found out just how difficult the Buckeyes can be to slow down with this newfound balance, giving up 185 yards to Dobbins and Weber while also getting gashed for 344 more to Haskins through the air — a number that could have been even higher without a handful of drops. 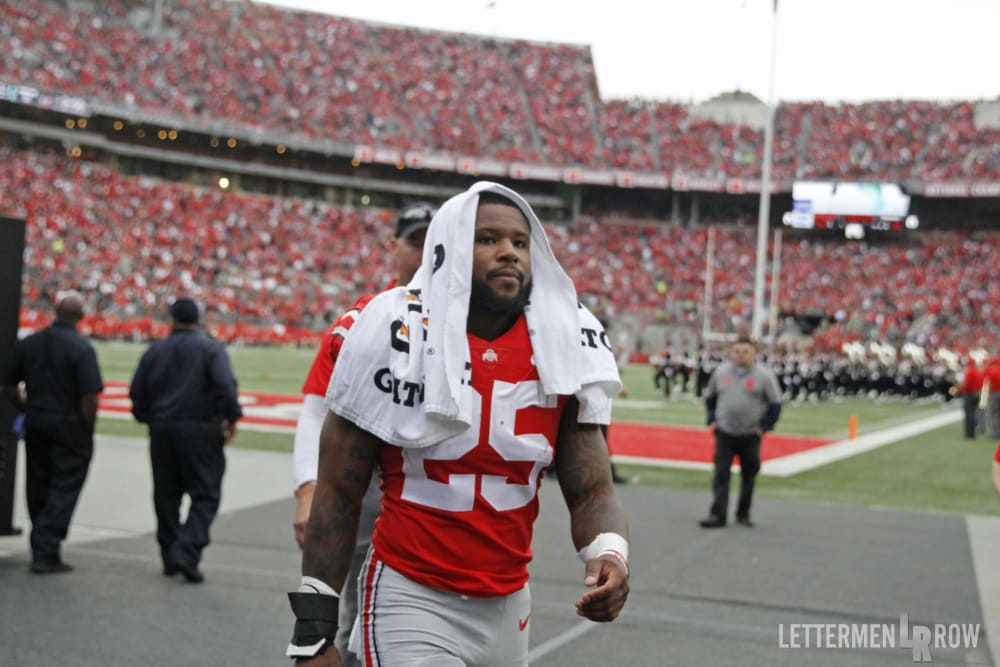 Mike Weber missed the second half of the game for Ohio State last week as a precaution. (Birm/Lettermen Row)

“When you watch the film, it’s not the same — it’s a very different offense right now,” Meyer said. “One was a run first, pass second. This is a do-what-they-give-you [system].

“So, it’s a very different. I don’t think we’ve ever had a team average over 300 yards passing in a game either. But the one thing that Ryan [Day] and Kevin [Wilson] have done is utilize the skill set we have of the offensive personnel.”

The abilities of Mike Weber and J.K. Dobbins haven’t changed. Both are still game-breaking weapons, and if nothing else, they’re capable of making it foolish for opponents to commit extra bodies to try to bottle up the arm of Haskins.

Ohio State might not always be exactly balanced in terms of yardage. But it can pick apart defenses however it wants, and that’s what is making the offense so dangerous even when it doesn’t necessarily feature the tailbacks.