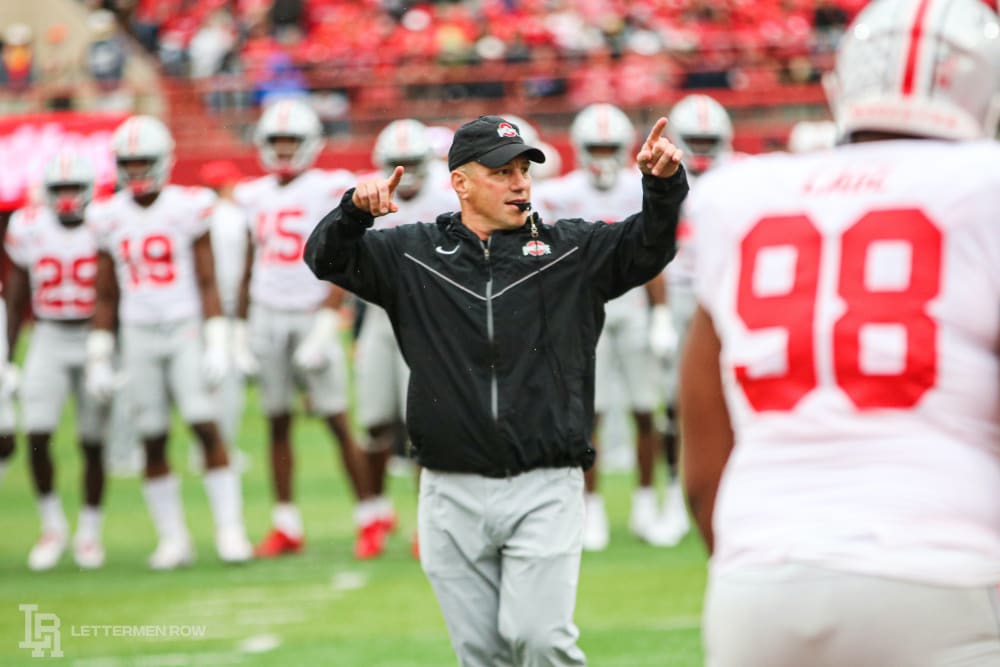 Some of them the Ohio State strength coach could do without, like shattering his longest stretch without stepping foot in the weight room at the Woody Hayes Athletic Center.

Others are offering him fresh perspectives since he’s used his daily hour on the elliptical to devour 11 books — the first cover-to-cover reads for Marotti in years.

It should really come as no surprise that arguably the most respected, tireless strength coach in the country is looking for any way possible to squeeze the most out of an unprecedented situation, one that Marotti admits is forcing him to work twice as hard as he normally would at this time of year. But that effort is extending beyond just hours of FaceTime calls with the Buckeyes, spreadsheets full of suggested workouts and motivational speeches on Zoom as the competition has spilled over to bike races and step challenges at home with his family.

There is truly no slowing Marotti. And more than anything, that’s one key reason why it’s not hard to imagine a scenario where the Buckeyes return to campus in the same shape they left it — or maybe even better.

“It’s been the most challenging thing I’ve done in my career, no doubt,” Marotti said during a conference call on Wednesday. “I mean, it’s kind of like you’re in charge of people, but you can’t actually be in charge of people. It’s just so hard. We might [normally] have a message of 30 players training at one time, and that’s easy. You give them a message, they get it, they know what’s going on for the next day and move on. Then here comes the next 30 and you’re done.

In that corner of the world for Ohio State, Mickey Marotti is a massive important figure. And as the shutdown for the Buckeyes hit the two-month mark, he provided some updates on how the team is handling it during a 45-minute conference call with the  media. Here are some key lessons Lettermen Row learned from the conversation.

Ohio State gets creative with equipment

Not everybody on the roster has a full gym available, and some guys on the Ohio State roster barely had any weight equipment available at all.

Certainly that posed a challenge for the strength staff in trying to put together voluntary workouts for the Buckeyes, a problem that was partially addressed by the rules that allowed the program to send players resistance bands for workouts. But there was also room for the players to get creative with what they had around them, with offensive linemen Matthew Jones setting a high bar there.

“We’ve had a couple [unique situations] — but Matt Jones was right in the epicenter of Brooklyn, he had some really scary stories that he was telling us when we were calling him,” Marotti said. “He couldn’t even really go outside because of all that stuff, so he took two milk jugs and filled them up with dirt and sand to use those as dumbbells because he had nothing other than the bands we sent him. He was doing presses and curls and triceps and squats with these milk jugs filled with dirt, which was kind of creative.

“The coolest thing that we had, Jeremy Ruckert is in New York right near all that stuff, and him and his dad built a squat rack basically out of wood, which was really cool. He was so proud of it because now he can lift weights. He had an old bar and old weights. Backpacks with rocks in it, things like that, it’s just being creative as you can be. Pushing cars and lawnmowers. Whatever they can come up with, to be honest with you.”

There have been countless meetings, plenty of debate and numerous proposals about how much time is needed to safely resume football activities and prepare for the season. But there still hasn’t been much agreement nationally about the best path forward, particularly since the situations are different in almost every state right now.

In the middle of May, there’s still no rush to make a decision, and Mickey Marotti didn’t push for any particular plan for getting players back on campus and into workouts — though Ohio State has previously suggested it would prefer six weeks of buildup if the season is going to start as scheduled in September.

“We’ve been in numerous meetings regarding that subject, and there’s a lot of different papers and guidelines out there that people are putting out,” Marotti said. “To be honest with you, it’s really hard to tell because we’ve never had to do this before. Now you could say back in the ’70s or Division II teams do this all the time, and I get that. But when you’re used to a product like major-college football right now, how long is it going to take to get people ready to play the game — I think we have an idea, but I don’t know if we know that.

“I know this: The longer we have to prepare them where we’re at least supervising, I think the better and safer. My worry is if we don’t have that time that some people won’t do it safely and will try to stuff three pounds of you-know-what into a one-pound bag. We have to be diligent, progressive and safe as we get close.” 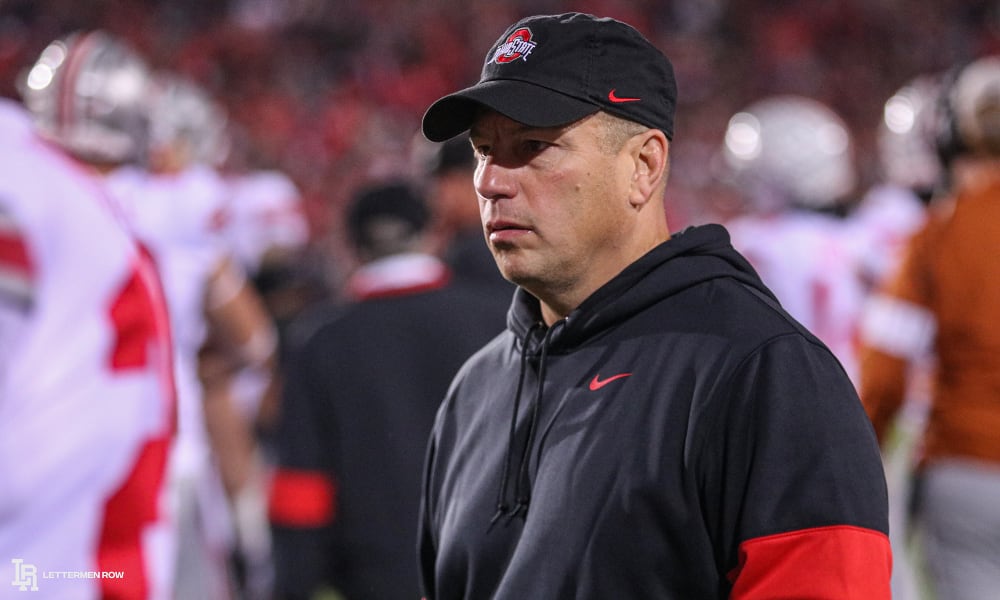 Ohio State has an app to send suggested workouts to players. It can help monitor nutrition plans, receive feedback on how the players are feeling physically and team meetings on Zoom have continued as much as allowed under NCAA guidelines.

But the players are currently in a stretch of the calendar that doesn’t allow for mandatory workouts, and Marotti and his staff aren’t allowed to do any monitoring or tracking of voluntary work for the Buckeyes back home. Add that to the pile of challenges college football is facing right now — or, as Marotti is viewing it, chalk it up as a growth opportunity.

“I think it’s a concern every day when I go to bed,” Marotti said. “You just lay in bed and hope that everybody is doing what they’re supposed to do. The good thing is we’ve got some great leadership. The message I’ve given to the players on our Zoom meetings and with our staff is this: When this thing is over, hopefully soon whenever it does get back to some normality, you’re either better or you’re worse than you were when this thing started. So, I put a challenge out to our team, our coaches, our staff, everybody.

“You’re either better or you’re worse, and you can’t make an excuse about the circumstance that we all have to deal with — there are other people out there, our competitors, our teams we’re going to play. Are they working harder than you are? I know you don’t have equipment, I know you don’t have weights, I know it’s raining outside, I get it. I know, I know, I know. But at some point this thing is going to be over and you’re either better or you’re worse. We’ve pretty much led with that message and are making sure our leaders are permeating throughout the team when they’re talking to each other.

The spring was supposed to be a period of development, not an extended time at home with family. And while there are obvious benefits to that opportunity, for a group of high-achieving football players looking to win a national championship and get to the NFL, the itch to get back to work came back quickly.

Mickey Marotti had one conversation early in the shutdown with quarterback Justin Fields where the Heisman Trophy finalist couldn’t sit still as he tried to sort through what he could do at home. And while that’s just one example, it’s a reminder of how much the daily structure of life at Ohio State helps shape the players.

“I think the first week or two it was: OK, this is some family time, it’s cool,” Marotti said. “And then once they realized this was kind of cramping their style a little bit, they were bouncing off the walls. I know for a fact, Justin Fields, you’d talk to him and call him on FaceTime and he’d be walking around in circles in his living room. It’s like: ‘Justin, sit down. Relax, man.’

“As time has gone on, he’s really got himself into a routine and that’s what we have preached to our players. … You can really see and hear the maturity of some guys as time has gone on. It’s actually kind of promising.”

thoughts on conditioning and motivation…

1-is it as important to vary conditioning methods and routines as it is to habituate them? A routine can become a ‘rut’ and/or foster a ‘plateau’ in reps, weights, even ‘focus’.

2-coordinating ‘creativity’. Can tOSU not make a player/coach access only website where our players share their workout details? Spreadsheet their conditioning data over time to enable them to check/encourage each other? ID who input each entry to comply with impractical, stupid, unenforceable NCAA rules like who “can’t” contact who during a time period?

These basics seem reasonable to me and i presume Mariotti & coaches are already doing these basics in great detail. Thoughts, anyone?