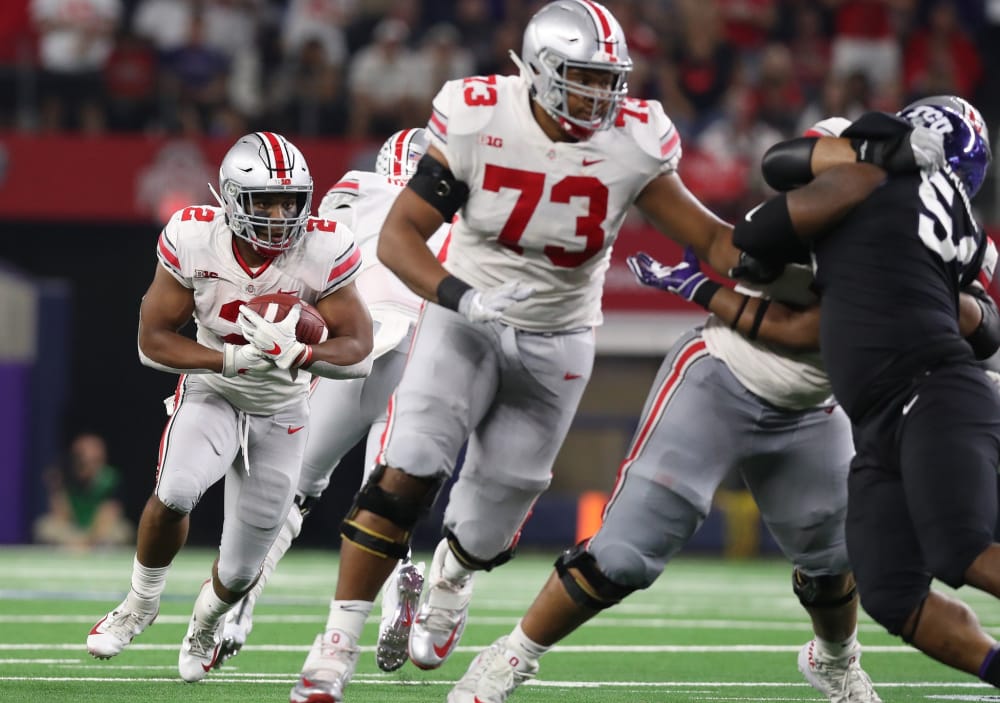 Michael Jordan is off to a championship-level start at center for Ohio State. (Matthew Emmons/USA TODAY Sports)

The speculation, debate and conversations about Ohio State never end, and Lettermen Row is always ready to dive into the discussions. All week long, senior writer Austin Ward will field topics on the Buckeyes submitted by readers and break down anything that’s on the minds of the Best Damn Fans in the Land. Have a question that needs to be tackled, like the one today on Michael Jordan? Send it in right here — and check back daily for the answers.

Aside from the low snaps against TCU, how has Jordan been grading out at the new position?

Not every snap is going to perfect, especially when the center has only been in that position for a couple months. Just like not every throw Dwayne Haskins makes is going to be perfectly on the money, sometimes the quarterback needs to make adjustments on the ball just like a wide receiver would to make a catch. That’s not meant as an excuse for Michael Jordan coming off a performance where he was notably off target at times with his shotgun deliveries, just a simple fact when it comes to playing the position. 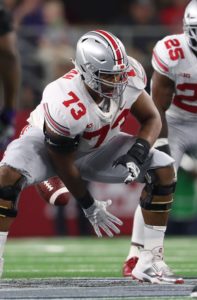 Michael Jordan and Ohio State are off to an unbeaten start through three games. (Matthew Emmons/USA TODAY Sports)

Jordan really doesn’t have much to apologize for anyway, because Ohio State has graded the former guard as a champion in each of his first three starts in the middle. That suggests a pretty impressive transition at such a critical position any way it’s sliced, because the Buckeyes aren’t in the business of inflating grades to make anybody feel better about themselves.

The timing and execution of the offense isn’t flawless yet, and nobody at Ohio State is acting like there isn’t work to be done in the pursuit of a national championship. There is no question that Jordan had those snaps pointed out to him in the film room and the practice field this week. And given his work ethic and a position coach in Greg Studrawa who has worked with two previous guards who became Rimington Trophy winners, it’s a safe bet that Jordan will continue to show marked improvement moving forward at center. The positive for the Buckeyes is that Jordan is getting reps and learning experiences, and they aren’t coming at the expense of one of the nation’s highest-scoring offenses or coming in a losing effort.

Ohio State made the switch up front for a reason, and the decision to move a two-year starter at guard didn’t come lightly. The Buckeyes wanted both Malcolm Pridgeon and Demetrius Knox on the field for the sake of getting the five best offensive linemen on the field, and Jordan obviously has done enough during training camp and through three games to validate that choice for the coaching staff.

Can Michael Jordan get better? Absolutely. But nobody at Ohio State is complaining based on those championship grades.