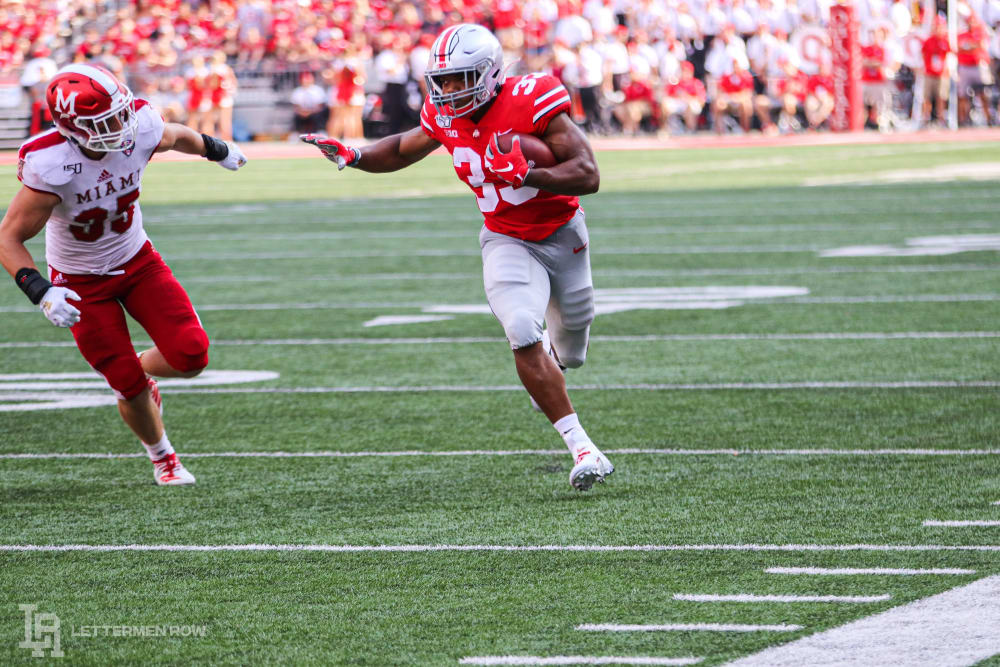 Ohio State running back Master Teague is out for the rest of spring camp. (Birm/Lettermen Row)

But after just one practice, the Buckeyes have suffered a major loss and the presumptive starter will be unavailable for at least the rest of camp.

A school spokesman confirmed to Lettermen Row that Master Teague is now listed as unavailable for Ohio State after suffering an undisclosed injury, which multiple sources have indicated is a lower-leg issue. And now with just one healthy scholarship tailback on the roster following the departure of superstar J.K. Dobbins to the NFL, the Buckeyes are perilously thin at a position that was key to last year’s undefeated regular season and Big Ten championship run.

“Yeah, we’re one injury away from a little bit of a crisis right now,” Ohio State coach Ryan Day said after practice on Monday. “But in the end when it comes to September, we’re going to be OK.

“We’re going to get Marcus [Crowley] back before the season starts. And then we have Miyan [Williams] coming in. Once we get to the summer, we’ll be whole.” 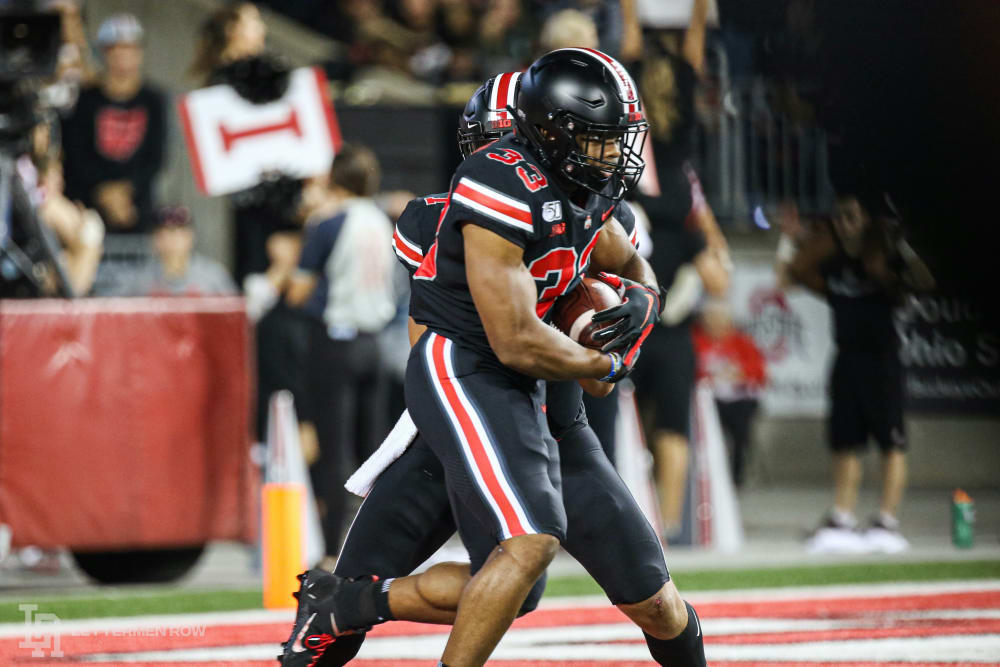 Ohio State running back Master Teague was the frontrunner to be the starter for the Buckeyes. (Birm/Lettermen Row)

That actually might not be the case now, though Ohio State hasn’t provided any injury information in regards to Teague and a potential timeline for recovery — instead sticking with program policy not to reveal health specifics for the roster. But simply ruling Teague out for the rest of spring one day after he was helped off the practice field undoubtedly isn’t a positive development, and it’s unlikely to have just been a precautionary measure for these workouts given how few options at the position are currently on campus.

Teague enjoyed a productive second season with the Buckeyes, rushing for 789 yards with four touchdowns as the backup option and heir apparent behind Dobbins. Ohio State was expecting a healthy competition with him and Crowley to take over the starting job in the backfield, but now both are on the shelf for the rest of spring — currently leaving only Steele Chambers to handle reps among scholarship rushers.

Lettermen Row will have more on this developing story with Master Teague and the Ohio State backfield as information becomes available.