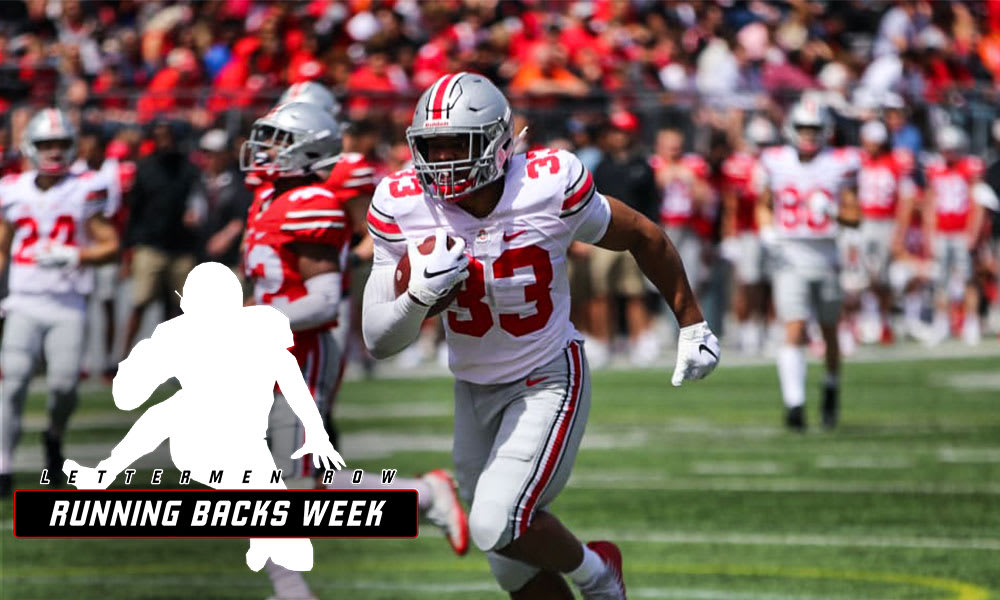 Ohio State running back Master Teague is pushing for more work with the Buckeyes. (Birm/Lettermen Row)

The speculation, debate and conversations about Ohio State never end, and Lettermen Row is always ready to dive into the discussions. All week long, senior writer Austin Ward will field topics about the Buckeyes submitted by readers and break down anything that’s on the minds of the Best Damn Fans in the Land. Have a question that needs to be tackled, like the one today about the potential for Master Teague as part of Running Back Week? Send it in right here — and check back daily for the answers.

Given each at their best, Ohio State would love to find roles for both Master Teague and Demario McCall. Considering the complementary skill sets with Teague bringing power and between-the-tackles rushing ability and McCall flashing explosiveness and an ability to be a receiver out of the backfield, the Buckeyes might view their roles as relatively equal.

That would certainly be a best-case scenario for Ohio State as it builds up the depth behind J.K. Dobbins in the backfield. But there are always going to be hurdles that can prevent that from becoming a reality, and a couple of those factors are already clear even just from spring practice.

For starters, Teague made tremendous use of his first year on campus. That developmental season clearly allowed him to work on his body, and he’s walking around the Woody Hayes Athletic Center this summer looking like a completely different guy thanks to all the strength he’s added to his frame. Teague also used the reps he got this spring to show that he can be more than just a short-yardage weapon, and the redshirt freshman appears to have more top-end speed than he has perhaps got credit for previously. On top of that, he’s also bursting with confidence after seeing his hard work pay off both in practice and a productive spring game, where he led the Buckeyes with a couple touchdowns. 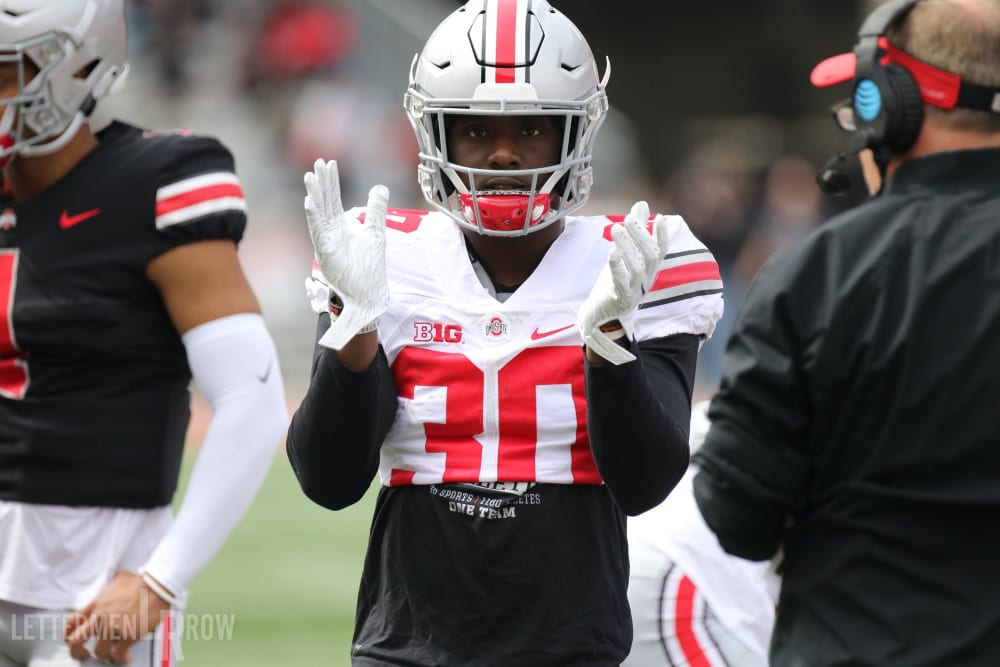 Ohio State offensive weapon Demario McCall is looking to get healthy and back in the lineup. (Birm/Lettermen Row)

“Oh yeah, I’ve developed a lot,” Teague said during spring camp. “At the beginning of last season, you know, I wasn’t too happy with my performance. But as time went on, I just grew in the position, got better at my craft and improved a lot.

“This year, I feel a lot more comfortable on the field.”

That obviously comes with experience and the chance to simply step on the turf, and that’s where the other half of this equation comes into play.

McCall has been incredibly unlucky with a run of injuries that have robbed him of the opportunity to unleash his undeniable athleticism. He was dealing with that yet again throughout spring camp this year. It’s not his fault that he hasn’t been able to stay healthy, but it’s obviously a factor when it comes to his playing time — right alongside some of the ball-security issues that have popped up when he’s been able to suit up for the Buckeyes.

Ohio State needs reliability and consistency more than just raw ability from the backup role, and Teague is probably the safer bet for those snaps at this point. There’s absolutely no reason to rule out McCall, of course, and his dynamic skills might make him the candidate with the greater upside.

The Buckeyes would ideally love to unleash them both. But right now, it’s Master Teague who seems to have all the momentum as he looks to build a role in the Ohio State backfield.