Ohio State running back Master Teague is looking to take another step forward.

COLUMBUS — Before Master Teague can find a higher level, the actual first step is simply getting healthy enough to get back on the practice field.

The Ohio State redshirt sophomore showed flashes of top-notch production for much of last season, but he ran into a wall against tougher competition down the stretch and was learning some hard lessons about what it would take to be the primary tailback for a national-title contender.

Teague was supposed to take that experience with him into spring camp, channel any lingering frustration into meaningful improvement and solidify himself as the heir apparent for Ohio State’s rich tradition at running back. Instead he limped out of the Woody Hayes Athletic Center with a torn Achilles after the first practice in March, putting all of that physical work on hold and giving him a different challenge to attack this summer.

“It’s hard with Master because he came into some of those games late in the games and really was a great change of pace,” Ohio State coach Ryan Day said early in the offseason. “He was downhill. He got through it. And he got to the next level and rolled. 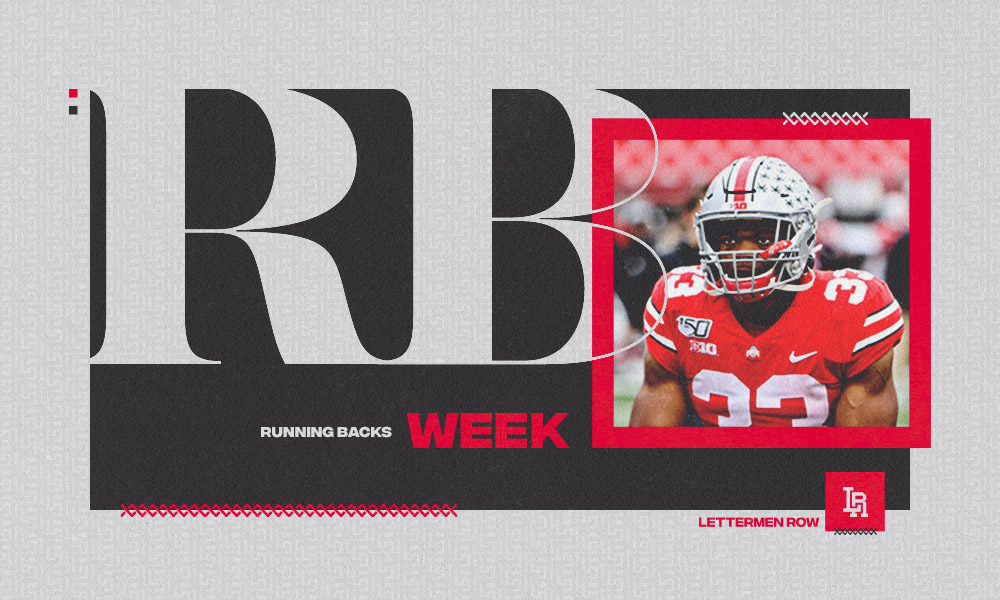 “But what really didn’t happen for Master this year is in big moments early in the game or — he didn’t get a ton of those carries. J.K. [Dobbins] got the meat of those carries. So that’s the next step for Master is now taking on that responsibility and knowing what he’s doing and having some confidence in that, because he does have the ability.”

Teague flashed his skills with impressive work off the bench last season, posting a 100-yard outing against Indiana, scoring four touchdowns and finishing with almost 800 yards rushing. But Teague also undeniably faded down the stretch, managing just 90 yards over his last 31 carries of the year — and not earning a single attempt in the Big Ten title game.

He wasn’t supposed to be a finished product in his first full season of action, of course. And Ohio State fully embraces a growth-through-failure approach, so any setbacks for Teague will simply be viewed as an opportunity to take a step forward.

First, though, Teague just needs to be healthy enough to get back on track.

What can Master Teague do to learn from his struggles at the end of last season? How high is the ceiling for the Ohio State running back if he’s able to get fully healthy this year? Is there any concern about Teague slowing down against the toughest competition the Buckeyes faced last year? Former Ohio State and NFL star Beanie Wells was back in the Lettermen Row film lab looking at a handful of carries and trying to answer those questions in the latest episode of BuckIQ.

Ohio State: How Master Teague can grow from late-season struggles
Watch this video on YouTube.