Ohio State running back Master Teague could step into a larger role in the backfield for the Buckeyes in his second year. (Joe Maiorana/USA TODAY Sports)

COLUMBUS — There will be no debate at the top of the Ohio State depth chart at tailback. It will be up to Master Teague this spring to erase any questions about the second spot, too.

There wasn’t much work to go around for the second-year running back during his first season on campus, and Teague’s work was largely limited to late-game, mop-up duty after J.K. Dobbins and Mike Weber had done all their damage.

But with Weber moving on to the NFL Draft, the Buckeyes need a complementary threat to help take some of the load off the shoulders of Dobbins — and Teague showed a few flashes that he can be that kind of asset for the program as it tries to again establish a ground game.

“As far as where the offense is going, I don’t know,” co-offensive coordinator Kevin Wilson said. “The game is a little bit wide open now, we’re pretty good at it, take care of the quarterback, take care of the ball and score points. 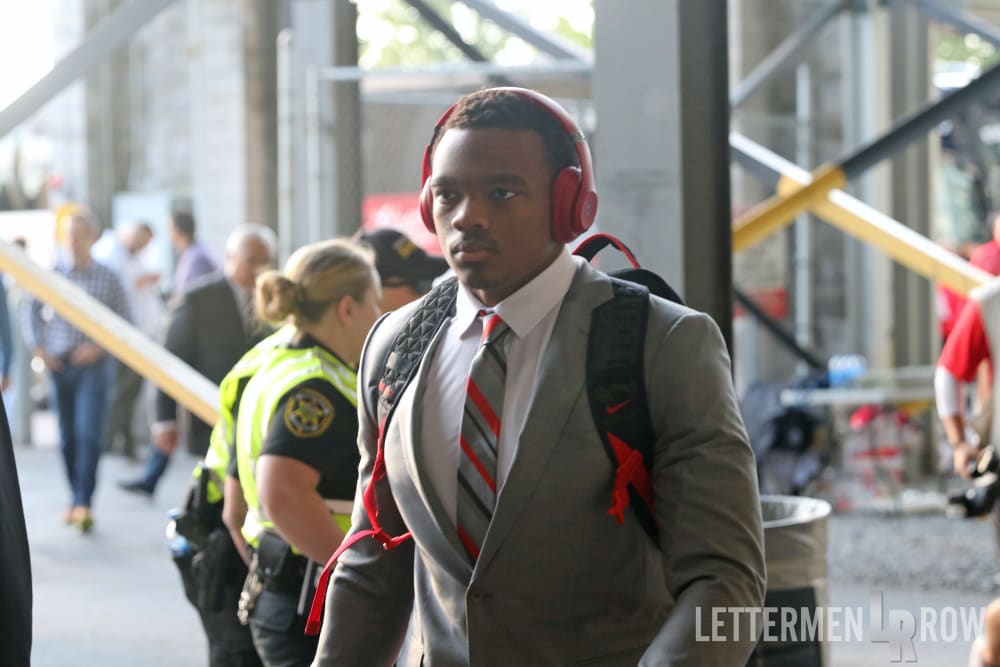 Ohio State running back Master Teague is looking to build on his first season with the Buckeyes. (Birm/Lettermen Row)

Teague looks ideally suited to handle some of the rugged, tough runs as he adds more strength to his 5-foot-11, 215-pound frame. There is obviously a limited sample size of carries to break down at this point, but Teague turned his 17 carries as a true freshman into 106 yards with a touchdown, gaining a bit of experience and establishing a foundation for the next step in his career.

How much can Master Teague give the Buckeyes this season? Former Ohio State and NFL running back Beanie Wells was back in the Lettermen Row film lab for an episode of BuckIQ with the spotlight focusing on Teague to project his future with the program.