Connect with us
Marcus Hooker has a family name to live up to.

COLUMBUS — The comparisons are never going to go away for Marcus Hooker.

He goes to the same school where his older brother became a superstar. He plays the same position at Ohio State. And anytime he flashes the kind of dynamic playmaking on the practice field that turned Malik Hooker into a first-round NFL Draft pick, it’s only natural for Marcus to hear all about the family legacy.

On top of that, though, there’s already a rich tradition at safety for the Buckeyes. And at a place where the expectation is to simply be the Best in America just to step on the field, Marcus Hooker is simultaneously trying to live up to two legacies at once for Ohio State.

That’s a high bar to clear, of course. But for insiders who have seen him up close as he’s developed over the last couple years, there continues to be a belief that Marcus Hooker can deliver exactly what the Buckeyes need. 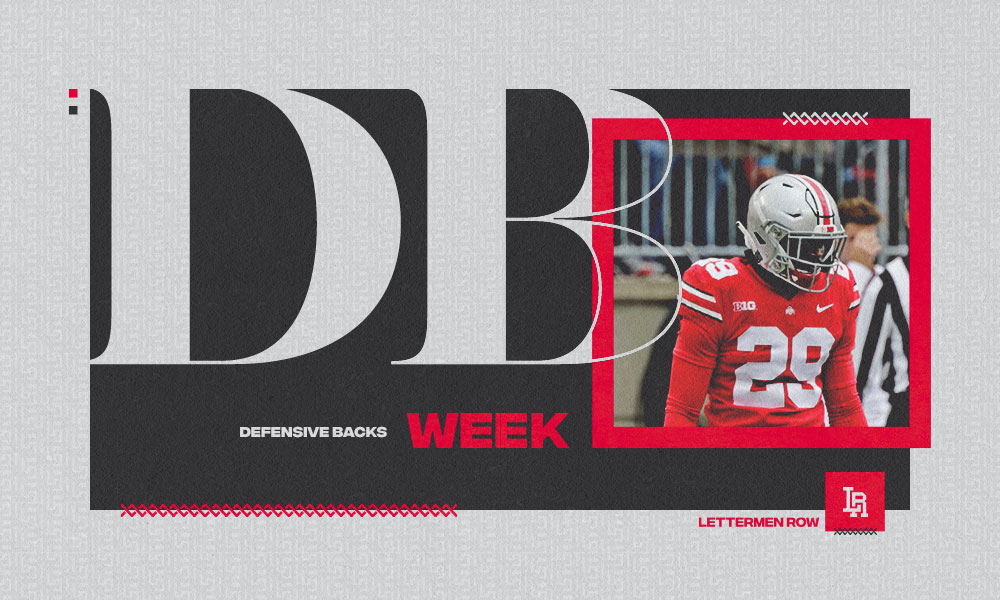 “I would say at safety, definitely Josh Proctor and Marcus Hooker [can produce],” former Ohio State captain Jordan Fuller said earlier this year. “My boy Bryson Shaw is definitely gonna turn some heads, too. Really, there’s so much talent in the room, I can’t even quantify it. But I would say, whoever’s able to lock in the most into their job and to sacrifice the most for the team is gonna make the biggest impact.

That conversation generally starts with Proctor, who arrived as the more decorated recruit. But Hooker’s last name has always ensured the spotlight will find him, even while he’s been patiently developing as a reserve.

Hooker started to turn a corner last season with his practice habits giving him more chances to contribute in meaningful moments, most notably when he was plugged in for key situations in the rivalry win over Michigan last November. But it’s obviously going to take more than 14 appearances, seven tackles and a pass broken up to earn the kind of acclaim his brother earned at Ohio State — although it’s also worth remembering that it took him a couple years before emerging as a star, too.

What can Marcus Hooker bring to Ohio State in the secondary? How can the safety live up to the high standards of the Buckeyes and his famous older brother? Where does Hooker need to improve to take the next step for the program? Former Ohio State captain and Los Angeles Rams draft pick Jordan Fuller broke down some film and answered those questions in the latest episode of BuckIQ.

Jordan Fuller was a two-time captain at Ohio State in 2018 and 2019. A three-time Academic All-American, Fuller excelled on and off the field. He had five career interceptions, including two against Michigan, and had 62 tackles in his senior season on his way to first-team All-Big Ten honors.