Connect with us
Luke Farrell is a weapon for Ohio State. (Sammy Silverman/Lettermen Row)

COLUMBUS — Luke Farrell might not want the spotlight, but the Ohio State tight end certainly deserves it.

By now his importance as a blocker for the Buckeyes is relatively well known, even if it’s hard to quantify and doesn’t generally draw him much attention when it comes to awards voting for the best tight ends in the Big Ten. But he’s also proven on several occasions that he can not only be a reliable threat in the passing game, sometimes his work is downright jaw-dropping.

Farrell knows how to work his way open against coverage. He can bowl over defenders even when he’s got the football in hands, using his same hard-nosed toughness that is usually reserved for blocking. And if he has to, he can also pull in a one-handed touchdown while making sure to keep his feet inbounds — an entry on the highlight reel that came with the downside of forcing Farrell to talk about himself, something the lead-by-example veteran clearly prefers to avoid.

“Arguably it was my best [catch], but obviously I haven’t had too many,” Farrell joked last season after the win at Rutgers. “It just kind of takes me back to high school, because I don’t get balls like that very often. 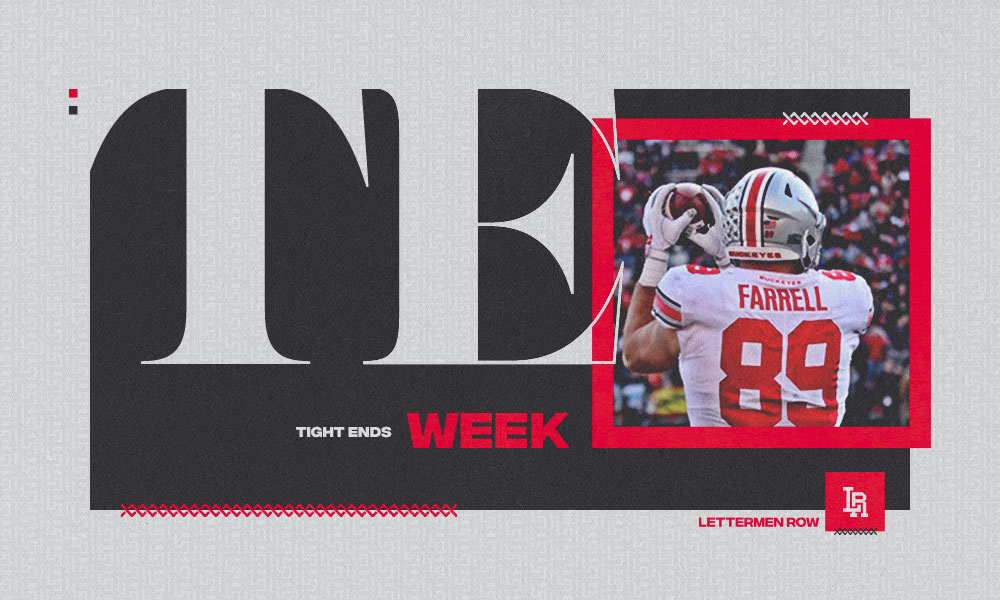 Like the rest of the Ohio State tight ends, Farrell also embraces the dirty work that comes with the position and places a priority on his ability to hold up as a blocker. Few guys in the country are any better in that department than the Ohio State senior, and his combination of size, strength, athleticism and experience make him a surefire bet to be an NFL Draft pick at this time next year.

But the Buckeyes aren’t done with him yet. And while it’s hard to predict many more targets coming his way, maybe this year the spotlight will find Luke Farrell more often anyway so that the rest of the country can appreciate what Ohio State already does.

How could Luke Farrell help expand the Ohio State offense as a passing-game target? What is the key for the Buckeyes tight end as he tries to find more ways to contribute beyond as a blocker? When will he come off NFL Draft boards next year? Former Ohio State tight end Jake Stoneburner was back in the film lab at Lettermen Row breaking down the highlights and answering those questions in the latest episode of BuckIQ.