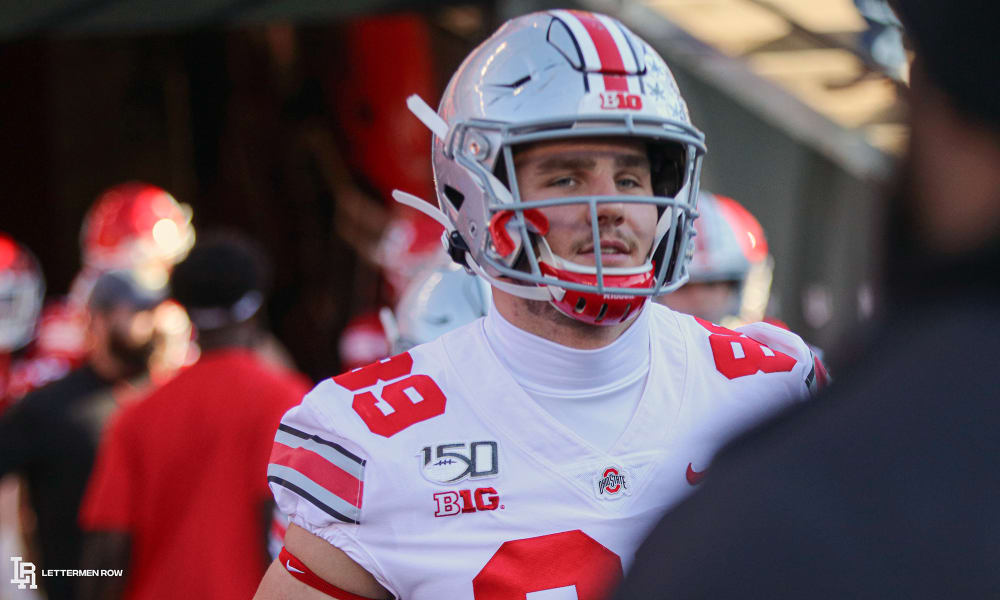 COLUMBUS — The rankings would seemingly be pretty easy for Luke Farrell when it comes to evaluating his best catches this season at Ohio State.

Even expanding the competition to the entire career for the redshirt junior still wouldn’t include enough options to really force him to wrack his brain, since tight ends still aren’t exactly the most popular targets for the Buckeyes.

Eventually, Farrell conceded that his one-handed snag while also dragging his feet to stay inbounds in the back of the end zone at Rutgers last week probably tops the chart for him. But even with a new entry on the highlight reel heading into the huge matchup against Penn State on Saturday at the Horseshoe, all Farrell really cared about was that he made a play when the opportunity came his way.

“Arguably it was the best, but obviously I haven’t had too many,” Farrell joked. “It just kind of takes me back to high school, because I don’t get balls like that very often. 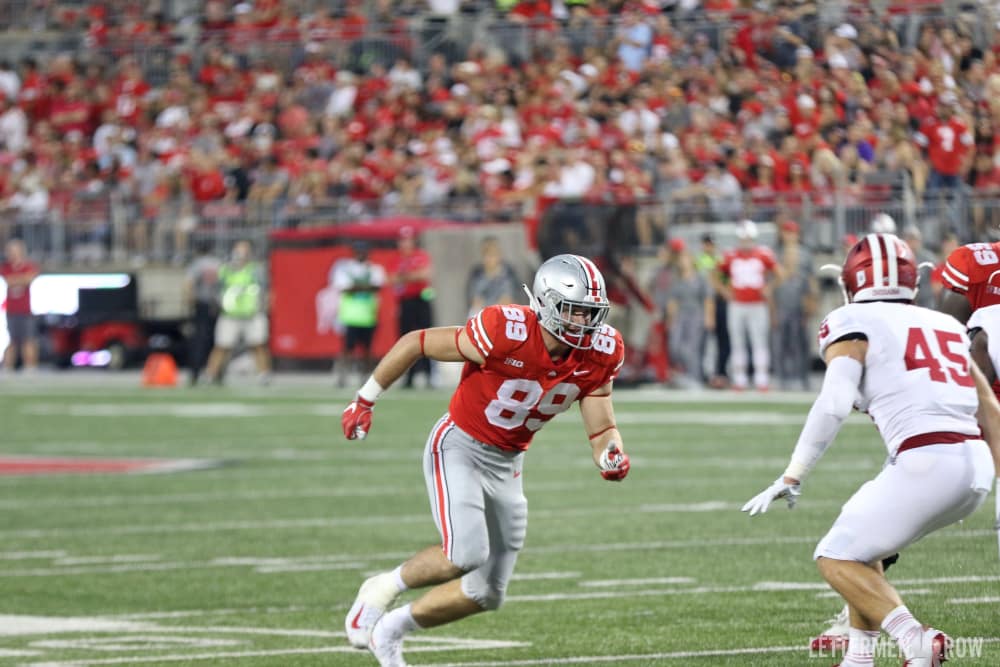 Farrell only has four total receptions this season, a drop-off from a year ago when he finished with 20 — and certainly not quite at the pace that was expected for him coming into the season for a team that was hyping up the potential of its stellar tight ends unit.

Not featuring that position in the passing attack really isn’t anything new at Ohio State, of course, and it’s something of an annual tradition for the program to tout the tight ends in the offseason before overlooking them once the games start. But there’s still time for that with Farrell now having scored twice on his four catches, Jeremy Ruckert continuing to flash with his 9 catches for three touchdowns and even Jake Hausmann finding the end zone last week.

And if nothing else, Farrell had to catch the eye of the coaching staff as he enhanced his case for more non-blocking work with a dazzling glimpse at his receiving ability.

“You have to have a mindset for both,” Farrell said. “The best part is going over to the sideline and seeing my unit and them all getting pumped up for it — just like we did when Jake [Hausmann] scored later.

“But we still take huge pride in our blocking just as much as anything.”

The Buckeyes are undoubtedly going to keep relying on Luke Farrell and the tight ends for that. But clearly they’re capable of more if needed.

Ohio State players met with the media after practice to preview the matchup on Saturday with Penn State and reflect on the win over Rutgers, with tight end Luke Farrell joined by Jake Hausmann, cornerbacks Jeff Okudah and Sevyn Banks, wide receivers K.J. Hill and Binjimen Victor and linebacker Pete Werner. Video interviews will be available here and on the Lettermen Row YouTube channel.

Continue Reading
You may also like...
Related Topics:Featured, Luke Farrell