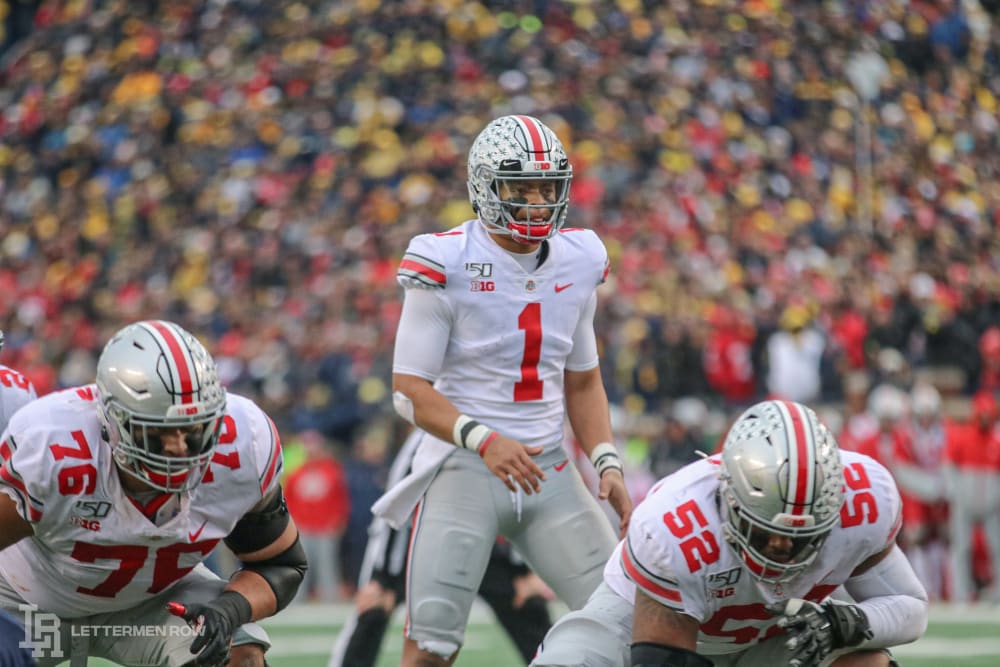 Justin Fields couldn't be held down for too long. (Birm/Lettermen Row)

Ohio State’s annual spring game was canceled due to the ongoing pandemic, so Lettermen Row’s Austin Ward and Jeremy Birmingham drafted teams based on the spring roster. Lettermen Row’s Spencer Holbrook decided to write a game story from what would have happened if the teams Austin and Birm drafted suited up and played a full, 60-minute game.

COLUMBUS — It was never a matter of if Justin Fields was going to make game-changing plays for Team Ward.

And once he did, it felt like the much-anticipated matchup with Team Birm was unfair from then on.

Fields struggled to navigate Team Birm’s defense for more than a half of football, but when Team Ward needed plays, Fields answered with multiple in credible moments, leaving the record crowd of 110,046 speechless inside Ohio Stadium.

Once Fields was done creating plays that seemed impossible before they happened, he had willed his recently-drafted group to a 35-24 come-from-behind win, one that earned Team Ward coach Austin Ward yet another victory over Team Birm coach Jeremy Birmingham.

Ward has Fields to thank.

“I’d be lying if I told you I didn’t think he was going to be the difference for us,” Ward said. “But he’s not alone, don’t forget that. Those weapons on the outside? Good luck coming up with a scheme to slow them down. Offensive line does a fantastic job giving him time to work his magic, too. I believe in all of those guys, and that was a damn-good defense they were facing.” 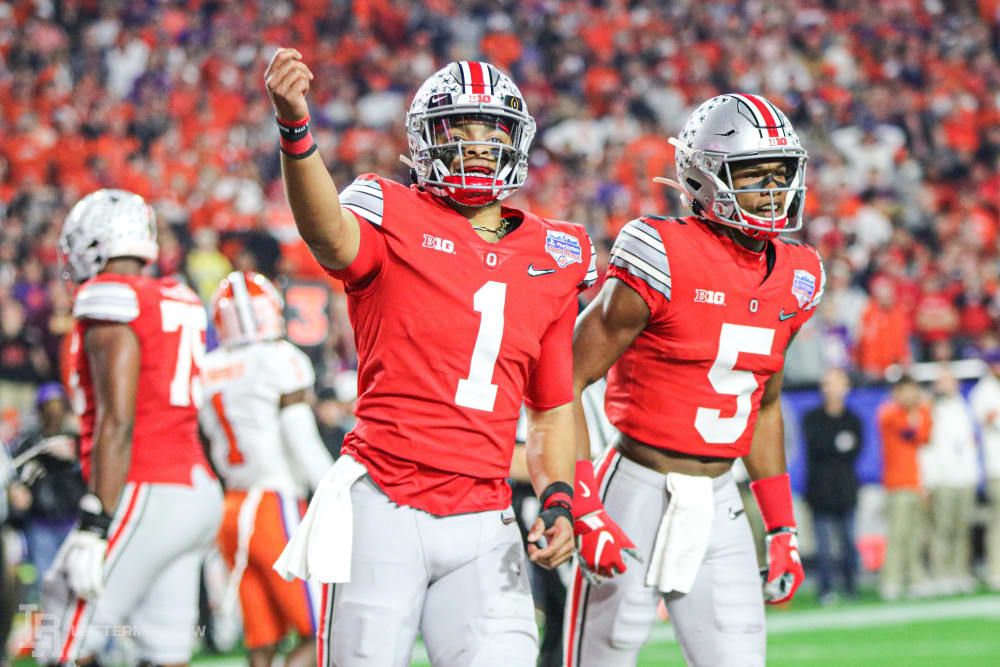 The Heisman Trophy frontrunner and top-two player in the country had been battered and beaten for more than 30 minutes, trailed by three at the half and couldn’t find a rhythm with his talented crop of wide receivers, one that includes dark-horse Biletnikoff Award candidate Garrett Wilson, who had two touchdown catches.

But Fields can only be held down for so long. Eventually, he finds a way. And that’s exactly what he did Saturday for Team Ward.

“You know, I think that as a unit we were prepared for the challenges that Fields presents on his own, and for the most part we did a good job handling that,” Birm said. “But he’s the type of player who just gets loose once or twice and those moments are the moments that make the difference usually, and they did today.

“He’s a Heisman frontrunner for a reason and our guys were ready to go today, we just didn’t do enough to stop the big play when he get out of the pocket because he can make those plays in a lot of different ways.”

First it was the 53-yard scamper to set up a touchdown midway through the third quarter, giving Team Ward its first lead. After a Sevyn Banks interception gave Ward the ball back near midfield, Fields made Team Birm pay with a 41-yard touchdown throw to Gee Scott Jr. on the first play of the drive. That was the magic coming out.

Fields evaded pressure from his right, scrambled, set his feet and fired a strike to the end zone, a sure Heisman moment that was reminiscent of his magical play to Wilson a season ago at Michigan.

That was the dagger.

Fields is regarded as one of the two best players in the country. And his performance for Team Ward — 31 of 37 for 396 yards and five total touchdowns — solidified his position as the leader for college football’s ultimate individual prize. It will be talked about in Lettermen Row channels for years to come. It’s the kind of performance most only dream of.

Only Justin Fields is living it.

“The guy is truly special, everybody can see that,” Ward said.