Connect with us
Lettermen Live

COLUMBUS — Well, it took a second-straight fourth quarter comeback against Penn State, but Urban Meyer and Ohio State did it. The Buckeyes went into a Whiteout in Happy Valley last week, and returned to Columbus with a win and a zero remaining in the loss column.

But, as we learned last year after the Buckeyes unbelieveable fourth quarter revival last season, the game following can set up for a possible trap game. Ohio State learned from that experience at Kinnick Stadium in 2017. And instead of eyeballing the path they have cleared themselves to a possible College Football Playoff berth, the Buckeyes focus is on one game: Indiana in the Shoe Saturday afternoon.

Tune in to hear from writers Austin Ward and Jeremy Birmingham, as well as former Buckeyes Beanie Wells and Dan “Boom” Herron. Make a score prediction or ask the guys questions by following Lettermen Row on Twitter or Facebook for a chance to win some gear. 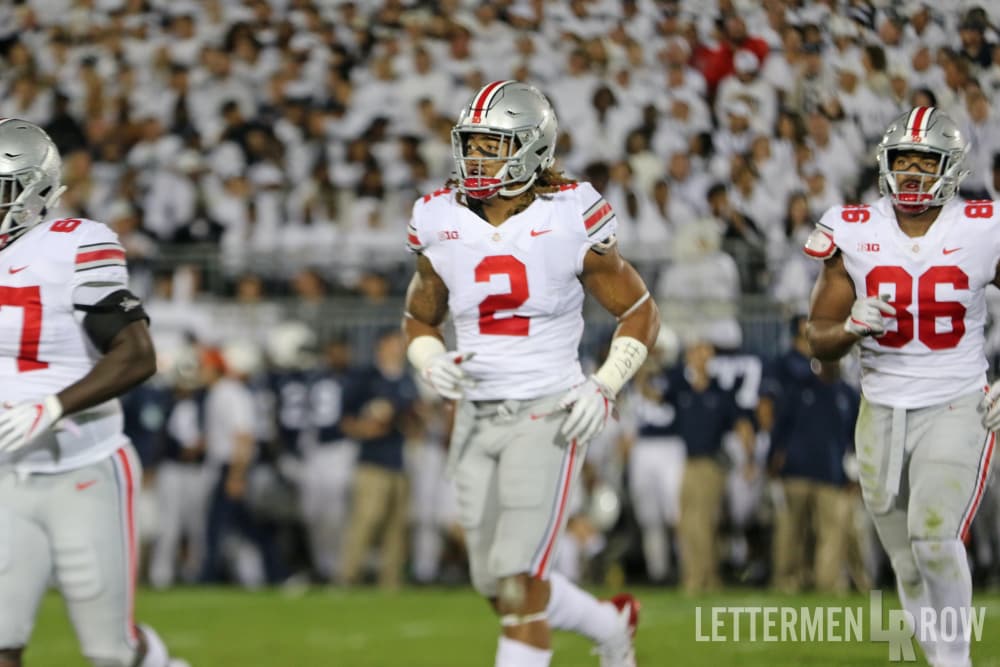 Chase Young has stepped up for Ohio State all season, but made an even larger impact on the final Penn State drive of the game last week. (Birm/Lettermen Row)

Continue Reading
You may also like...
Related Topics:lettermen live