COLUMBUS — Just two weeks after recording a top-15 road win in Texas and one week following Urban Meyer’s return to the sidelines, Ohio State has another shot at adding another massive win to its resume. This time, however, it won’t be as friendly of an environment.

The Buckeyes travel to Happy Valley for a top-10 conference matchup against Penn State Saturday, and the Lettermen Row staff and a handful of former players are here to talk all things Ohio State ahead of the Whiteout conditions at Beaver Stadium. Along with this heavy test, the Buckeyes will be without All-American Nick Bosa for the second-straight week after the defensive end is coming off surgery for a core-muscle injury.

Tune in to hear from writers Austin Ward and Jeremy Birmingham, as well as former Buckeye Beanie Wells. Make a score prediction or ask the guys questions by following Lettermen Row on Twitter or Facebook for a chance to win some gear. 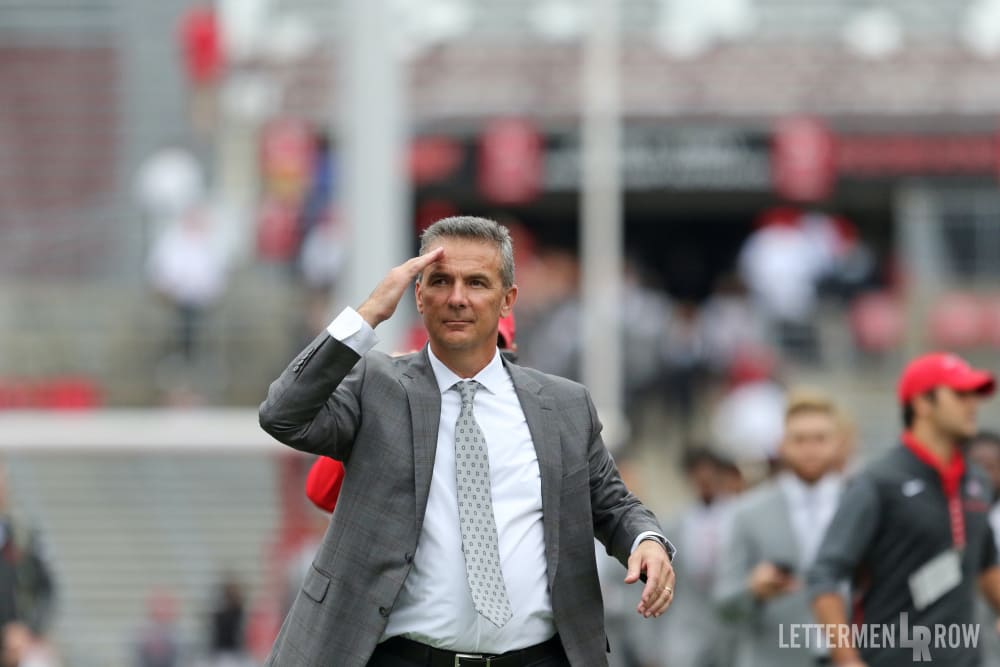 Urban Meyer made his return to the Ohio State sideline on Saturday. (Birm/Lettermen Row)