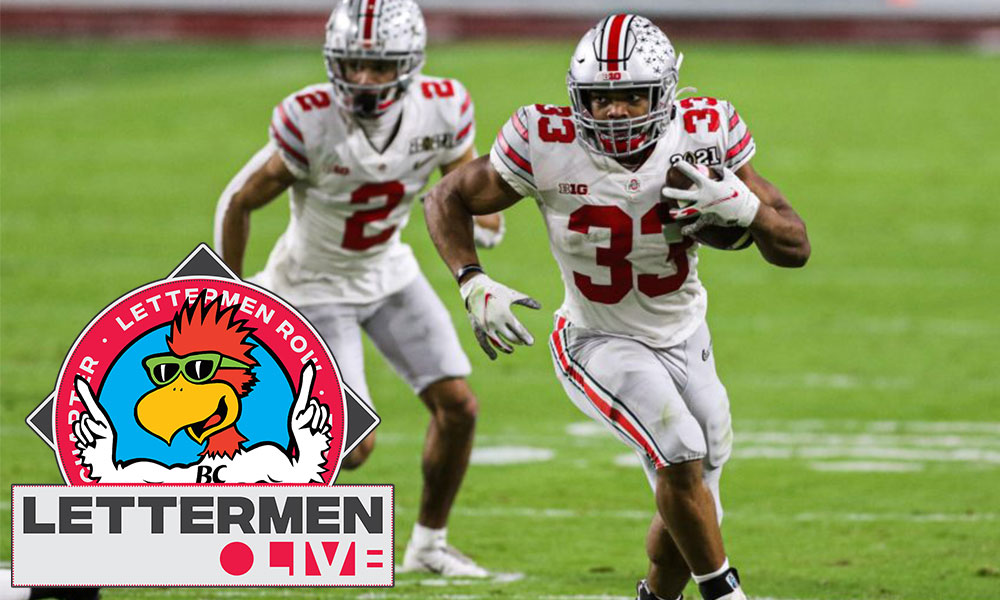 COLUMBUS — Ohio State has one of the most talented running back room in the nation. As part of Running Backs Week at Lettermen Row, the crew is back at Roosters to break down the talented unit and plenty more, especially from the recruiting trail.

Ohio State’s running back room is deep and filled with plenty of options. Master Teague is the proven back, while Miyan Williams flashed his potential during the Buckeyes’ postseason run. Marcus Crowley is finishing his recovery, but could play a factor. And true freshmen TreVeyon Henderson and Evan Pryor each are capable of earning early playing time in their careers. Steele Chambers remains in the mix.

That wasn’t even the best part of the conversation, however, as the crew broke down the latest happenings on the recruiting trail. The Buckeyes hosted their biggest recruiting weekend in more than 16 months over the weekend, hosting eight of their 12 commitments in the class of 2022 this weekend. They also offered five prospects at their camp last week. June is just starting to ramp up as Ohio State will open its doors for camps on Tuesday and Wednesday this week.

What Jocelyn Gates brings to Buckeyes in key staff role