COLUMBUS — Jalyn Holmes never had the Ohio State spotlight to himself.

The defensive lineman wasn’t a multiyear starter, he had to grind just to earn a place in the rotation and he finished his career with relatively modest statistics for the Buckeyes.

He was a fourth-round draft pick anyway. He’s already got an NFL sack on his resumé. And he’s building for even more heading into another season with the Minnesota Vikings.

Sure, the work with Joey and Nick Bosa might command the most attention. But it’s the way Ohio State defensive line coach Larry Johnson develops productive role players with the Rushmen who also wind up becoming ready-made professionals that makes Holmes one of the poster boys for his program.

That, in turn, makes Johnson one of the most important cogs in the Ohio State machine. 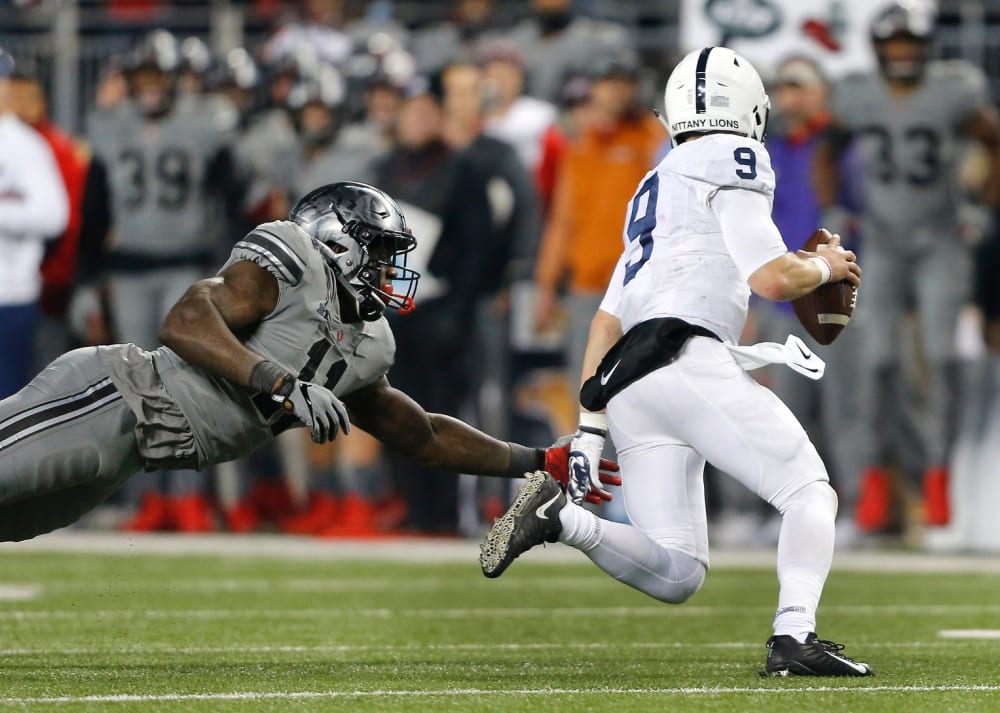 “Any time you want to be a championship team, if you don’t win the line of scrimmage, that’s not going to happen. More importantly you have to win the locker room. The defensive line is a big part of that. What he’s recruited to the defensive line, how those guys feel about it. More than that, he’s a father figure to everybody on the team. That was important in making him the associate head coach.”

Johnson’s relationships with his players extends after they’ve left the program as well, and Holmes is yet another example of that as he’s returned for summer workouts with his old position coach.

After one recent workout back in Columbus, Jalyn Holmes popped into the Lettermen Row film lab to break down what makes Larry Johnson such a valuable resource for the Buckeyes. Holmes looked at some footage of his Ohio State career to point out where Johnson helped make a difference, talked about his teaching style and reflected on how that helped him get his first NFL sack with the Vikings last season in the latest episode of BuckIQ.