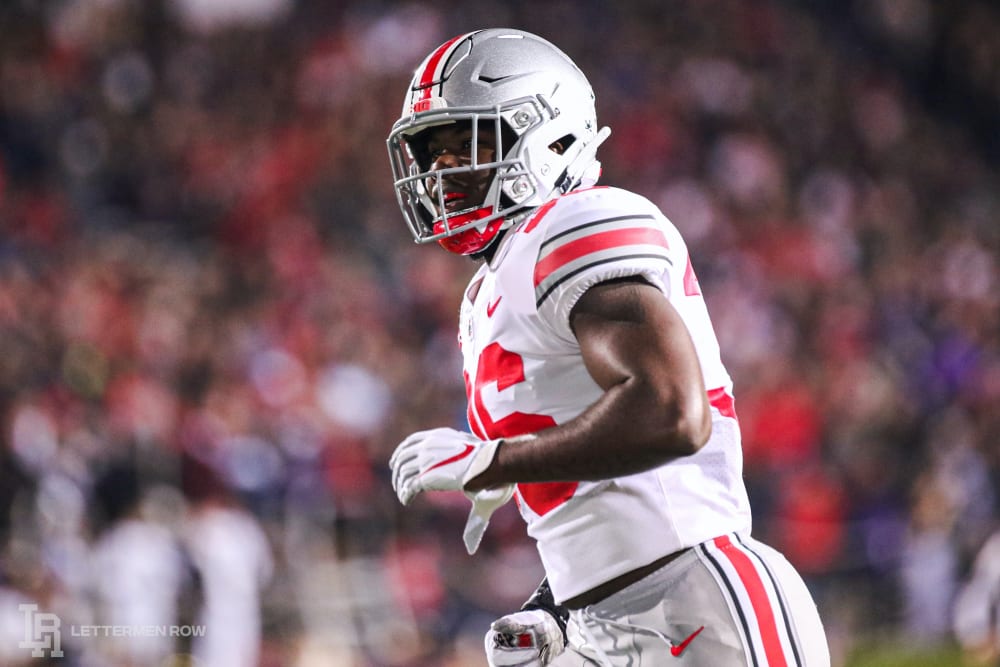 Ohio State linebacker K'Vaughan Pope is hoping to make an impact on the defense next season. (Birm/Lettermen Row)

COLUMBUS — K’Vaughan Pope only had five tackles in the first eight games of the season for Ohio State.

But in the two that followed, Pope made his impact on the Buckeyes second-string defense known.

Pope picked off passes in back-to-back blowout wins over Maryland and Rutgers, the two lowly basement dwellers of the Big Ten East Division who had no shot at beating Ohio State. The games were already decided when the turnovers occurred. They didn’t have an impact on the game.

But two interceptions in two games can do wonders for a reserve defender’s confidence, especially when he will attempt to break out next season.

“It humbled me,” Pope said. “It was a good experience. I had fun while doing it.”

Before those plays, Pope was getting playing time as the Buckeyes were slashing through their schedule with blowout after blowout. He had three tackles in the win over Northwestern, when the reserves were able to play nearly the entire second half.

But once the success came in early November, the game slowed down for Pope. 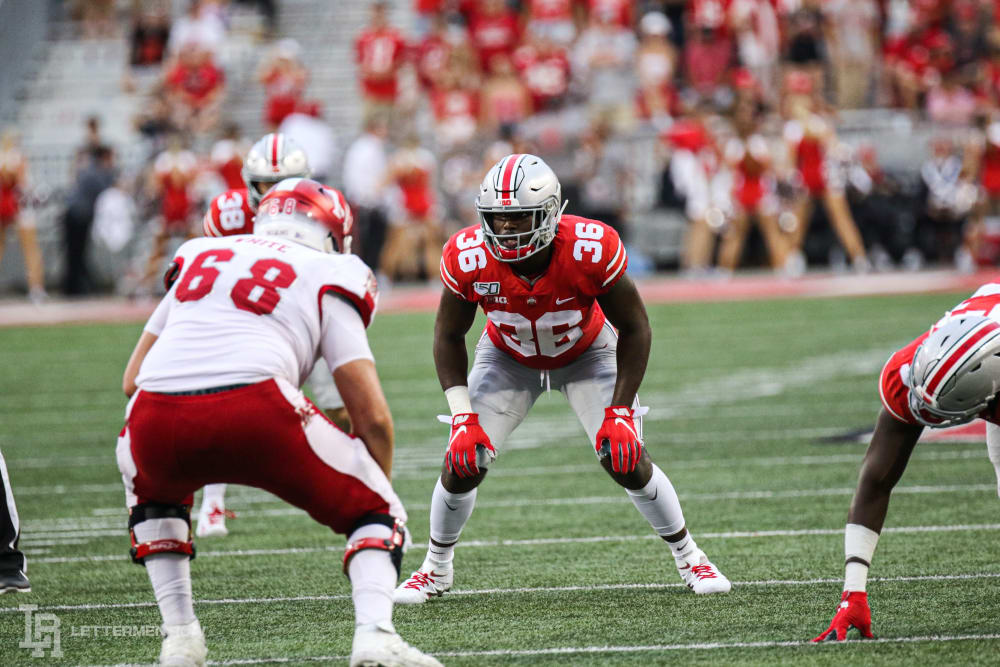 “It’s way faster than what I thought it would be,” Pope said. “But everything slows down once you know what to do, and once you get the grasp of the game.”

That grasp of the game can be of big help to Pope. Al Washington’s linebacker room won’t see much turnover from last season into next. The only departure is Malik Harrison. Tuf Borland and Pete Werner are back for another year. Baron Browning will return as a dynamic playmaker. Teradja Mitchell and Dallas Gant will join Pope in pushing for playing time.

Competition is a good thing, and the Buckeyes certainly have it. Most of the time, three players will be on the field at once, and three key contributors from last season will return.

“The good news is a lot of our guys played,” Ohio State coach Ryan Day said. “In those first 11 games, those guys were all playing in the second half. So there’s a lot of experience there. And at the end of the day, it’s going to come down to our leadership and how our guys lead and how hungry and accountable our guys are.”

The culture of the room appears healthy on the surface. Mitchell, Gant and Pope all mentioned the three starters as good mentors for younger players, something that doesn’t always happen.

The Silver Bullets will likely go about their business next year. Although they’ll replace a lot in the secondary, along with arguably the country’s best player in Chase Young, the Buckeyes figure to reload and make another run at the College Football Playoff next season.

Linebackers will play a big part in that, and Pope is going to battle for one of those spots. The huge confidence boost late in the season last year, two interceptions, can go a long way in the start of that process.

“I kind of still doubt myself every now and then,” Pope said. “But just knowing what to do [helps me].”

Linebacker must be a major improvement from the past few years. One place Clemson and LSU was clearly better than OSU was the linebacker position. Wonder if Pope Gant or Mitchell will play meaningful snaps? They are all 3 year players and the time is now.

Clemson and LSU were not better at LB. Re-watch the games. I do recall Dobbins running right past clemson’s LBs multiple times.

Your right that makes them bad. Try watching basketball. Borland and Werner couldn’t start for either team. Harrison did not have a good fiesta bowl.

Do you mean you’re? What I’m right about is the two graded champion 25 times between them and BIG coaches that study film to scheme us honored them both as all BIG LBS. I think I’ll go with the experts instead of a wanna be wanker that thinks he knows more than he does about football.

Interestingly, when the Buckeyes had to turn to a 5th linebacker to get situational snaps, they chose Justin Hilliard – not Pope, Mitchell or Gant. But no mention of Hilliard in the article. Some fans think coaches were just rewarding his perseverance. Others think it was Hilliard’s talent finally showing up after all the injuries. Where do you see Hilliard in next season’s LB mix?

How come the great Werner and Borland are coming back? Oh, yeah, nobody would draft them if they declared.

troll. Those two Big LBs decorated by BIG coaches will continue to shine. They will be playing in the NFL.

I’m sorry, but you’re blind if you think Tuff will ever play in the NFL. Tuff couldn’t catch a receiver if the receiver was running backwards. He belongs in the MAC. Sports are about athleticism and he has none

I agree Tuff wont play in the NFL but to say that he has no athleticism is weak.

The only one I seen that couldn’t a QB was Browning with Lawrence and Coan. That’s fact and not assumption.

+1. Love his enthusiasm but watching him play is tough. Prefer to have Pope, Mitchell or Dallas on the field

He belongs in the BIG according to the BIG coaches who study film to scheme against us. BIG honorable mention is more than a MAC talent. His job is not to catch receivers and because you don;t know that gives your post no weight other than troll.

“…once success comes, the game slows down…”.

“I still kind of doubt myself, now and then…”.

===>simple, clear, common ‘bumps in the road to…’ adulthood… that MANY coaches and players need to recognize again, and overcome again… especially when it’s a skill detail or an aspect of attitude we ‘feel’ we ‘already know’.

===> you ‘could even potentially maybe see’ …that these things continue in life… for the duration. Honest! ;-{)}

BTW how much ‘slow down’ does this “everything” do “once you know”?

This could… potentially… be …related to ‘speed’

and inability to understand and apply this and other RELATIVE / COMPARATIVE ‘speeds’ could leave every player who ‘has a speed’ … ‘way too slow’.